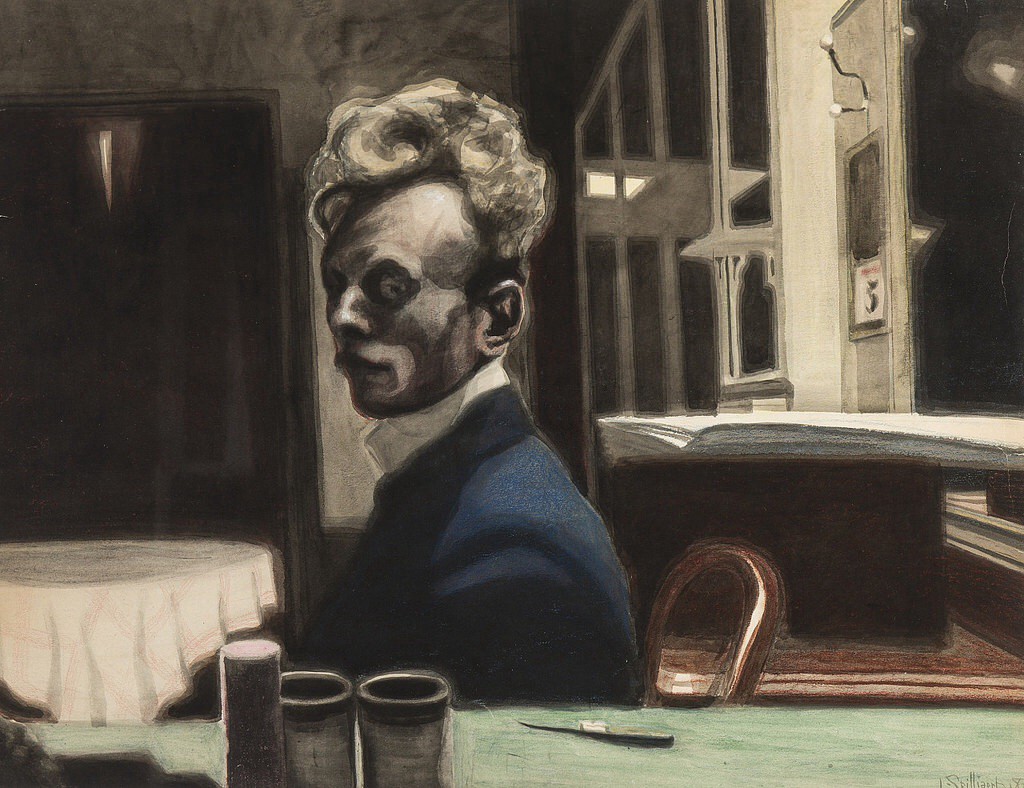 “I am living in a real phantasmagoria… all around me dreams and mirages.” -Leon Spilliaert

Sickly and reclusive, Spilliaert spent most of his younger years sketching scenes of ordinary life and the Belgian countryside. He was a self-taught artist who drew from life including Ostend’s deserted streets, sea and seashore, with occasional dark self-portraits and bourgeois interiors. Spilliaert’s most disturbing works are his series of self portraits in 1903 to 1908. At the time, he was plagued by delayed adolescent doubt and angst. Interpretations of his works are over-reliant on speculations on his inner life which emphasize sadness, loneliness, isolation, and the imagined effects of ill health. Spilliaert’s artistic identity was shaped by thinkers who explored symbolism and the unconscious such as Edgar Allan Poe and Friedrich Nietzsche. His opus are mostly done on paper using watercolor, gouache, pastel, and charcoal. He often combined these mediums and created stark, tonal contrasts by sweeping sooty ink across white surfaces or obsessively repetitive, detailed pencil lines. With his understanding of the power of economies of line, shape, and empty space, as well as the drama of sharp contrasts, his work echoed those of Belgian Art Nouveau.

Spilliaert had fruitful friendships with other artists and writers and did hand-drawn illustrations for commissions. Wanting to share the desire to suggest intangible states of mind rather than describe events and narratives, the writers were sympathetic to Spilliaert’s modest modernist distortions, through which he deftly conveyed moods and ambiances. He gained early success and patronage and exhibited his self-generated works in prestigious galleries in Ostend, Brussels, and Paris. In 1904, he shared an exhibition with Picasso and by 1920, he exhibited at the Venice Biennale and was given a solo retrospective exhibition in Paris in 1929.