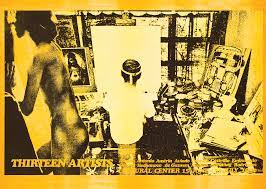 According to poet, visual artist, and former Director of the CCP Cultural Resource Department, Sid Gomez Hildawa, “Awards are not necessary to the production of art. In fact, awards and recognition could be counter-productive, as when we forget that self-esteem and self-worth cannot be found outside the self. The artist’s primary obligation when producing artwork is not to a target audience or market, much less to critics or judges; only to the self as a creator in society. For this reason, a number of artists do not join competitions, do not run after university degrees, and do not aim for awards.” In this spirit, while winning a prize can give an artist international exposure, there is also the increasingly vexed question of who benefits from it critically and commercially.

However, winning an award isn’t just for lucrative purposes. Awards are welcome bonuses along the thankless road of art practice. Hildawa says that this kind of recognition is reflective of an artistic support system where feedback is integral to the creative process, providing inspiration while raising questions, contributing to the overall development of critical discourse. And this is precisely the kind of award that The Thirteen Artists Awards (TAA) is.

The Thirteen Artists Awards (TAA) is a triennial conferment founded by the Cultural Center of the Philippines (CCP) in 1970 to give recognition to exemplary artists in the field of contemporary visual art. The TAA started as a biennial event and curatorial project by its first curator Roberto Chabet. The goal was to showcase works of artists who grasped to “restructure, restrengthen, and renew art-making and art thinking that lend viability to Philippine art”. The 13 Artists exhibition was mounted every two years from 1970 to 1980 and was stalled for a time to be revived in 1988, 1990, and 1994. The awards became a biennial event starting 1972 and a triennial event starting 2013.

Through the years, the TAA awardees represented a wide range of artistic practices including film, photography, print, performance, dance, painting, and sculpture. Through conventional and digital platforms, the medium explores the socio-political reality of what it means to be a Filipino in a time of injustice and pervasive acts of impunity. There also has been a move towards more focus on the visual arts, compared to previous batches that included a share of film and theater practitioners. The more recent awardees would also receive a production grant to produce new works for a group exhibition at the CCP.

The nominees of the TAA should be Philippine citizens, under 40 years old, and should possess a “body of work characterized by artistic integrity, innovativeness and forcefulness of ideas” and “responsiveness to contemporary realities,” according to CCP rules. Additionally, a nominee should have “evidence of sustained artistic activity demonstrated by a track record of individual exhibitions and group shows for at least the past three years.” With these parameters, the TAA is deemed as a barometer of Philippine contemporary art.

The TAA took after National Artist Victorio Edades’ “Thirteen Moderns”, which grouped the original modernist masters who revolutionized Philippine art by breaking away from the classical conventions that dominated pre-war painting and sculpture. Art historians would later refer to this group as the Thirteen Moderns: Arsenio Capili, Demetrio Diego, Victorio Edades, Anita Magsaysay, Bonifacio Cristobal, Carlos “Botong” Francisco, Cesar Legaspi, Diosdado Lorenzo, Hernando Ocampo, Jose Pardo, Vicente Manansala, and Ricarte Puruganan. It was during Roberto Chabet’s tenure as CCP Museum Director that the Thirteen Moderns were lauded for showing “a recentness, a turning away from the past, familiar models of art-making, a movement towards possibilities and discoveries”.

Over time, this series of exhibitions eventually developed into an institutional awards program with a token prize and distinction built on a growing roster of awardees. Many of the artists fulfilled their potential of being prime movers in the contemporary art scene. The first batch in 1970 were Ray Albano, Angelito Antonio, Virgilio Aviado, BenCab, Eduardo Castrillo, Mars Galang, Jaime de Guzman, Manuel Rodriguez Jr., and Antonio Austria. The avant-garde influence of these artists had become today’s mainstream with younger artists exploring yet more radical ideas.

Awardees of the TAA are expected to attract public attention, admiration, intrigue, and some criticism. By challenging conventional modes of practice and perception, and even by defying establishments, they continue the spirit that engaging art embodies: imagination, vigor, critical disposition, and restlessness, working to expand the definition of art in relation to contemporary realities.

TAA Awardees Through the Years

Catch the exhibit featuring the 2021 Thirteen Artists Awardees at the Cultural Center of the Philippines from March 11 to June 5, 2022, for more information visit culturalcenter.gov.ph/event/2021-thirteen-artists-awards/