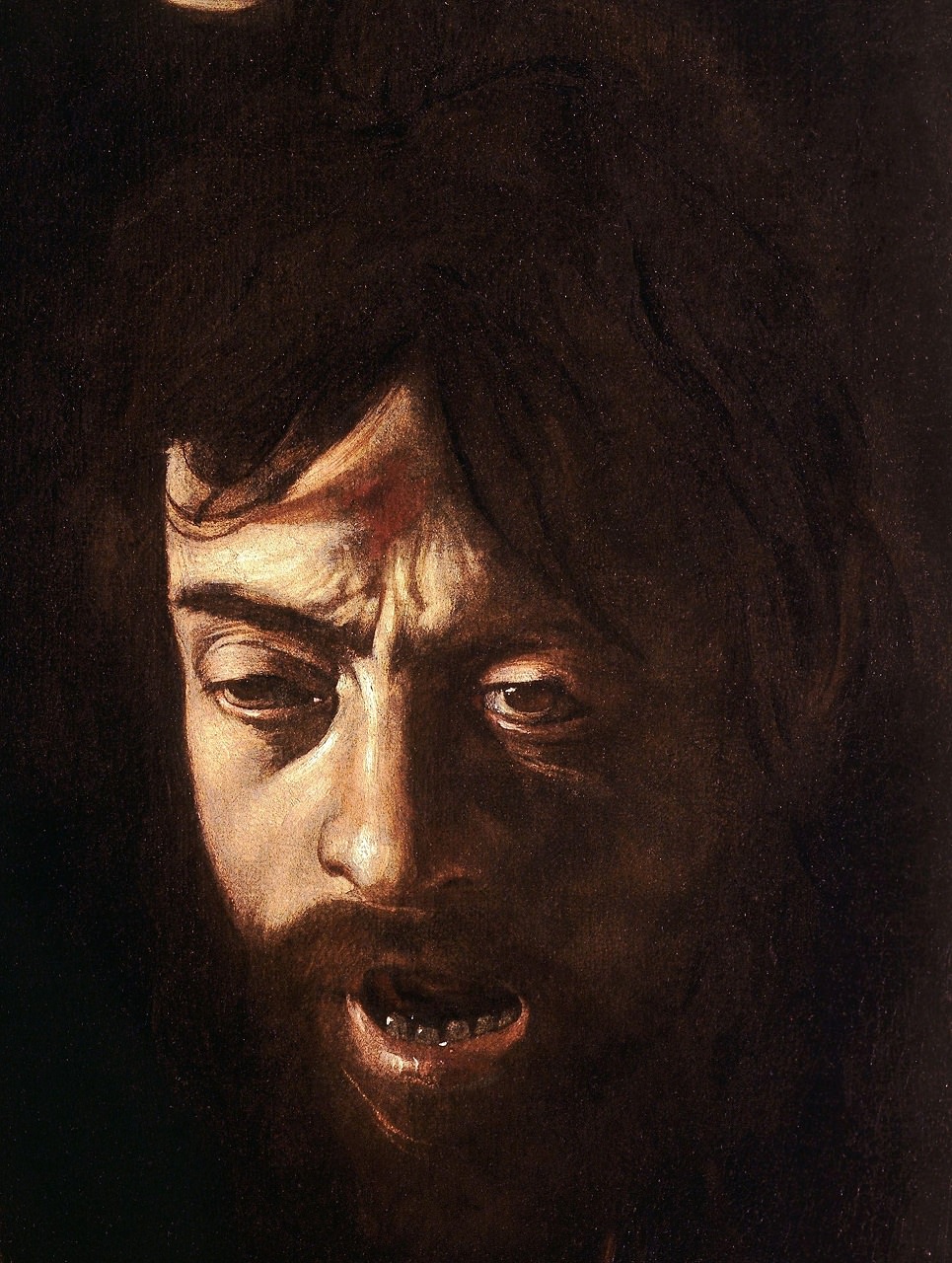 The Cancellation of Caravaggio

Caravaggio’s life was just as dark and dramatic as his paintings. Brutal and violent, he was considered what we would call today a “major league asshole” but at the same time, he was lauded for the lasting impact of his artistic genius. Even after his death, his reputation as the rebellious, hot-tempered punk of art history continues to electrify the art world.

While much of early shenanigans were not recorded, his name appeared in police records no less than fourteen times between 1600 and 1606 with six of those occasions landing him in jail. The offenses at the time were for minor altercations including carrying a sword and dagger without permission, distributing a pamphlet, penning satirical verses about a rival painter, swearing at a constable, and chucking a plate of artichokes at a waiter’s face. Caravaggio got away with these misdemeanors by dropping the names of important people he knew, saying that he was the painter of the Cardinal Del Monte. These powerful alliances with Rome’s elite helped him avoid much jail time.

Things went a little differently for Caravaggio during a tennis match that quickly turned into a brawl which resulted in Caravaggio being badly wounded and his opponent being killed at the hand of Caravaggio. This was disputed over time by an art historian who claims that the fight had been over a female prostitute. Whatever the cause, the pope gave him the death sentence but Caravaggio fled to Rome to stay alive. In exile, he continued his career of painting and fighting. While still wanted in Rome, he attacked a senior knight and went to prison for it. However, he escaped to Naples where the knight confronted him and disfigured his face.

In 1610, Caravaggio made his way back to Rome to secure a papal pardon for his death sentence but died of a supposed fever before he could get there. Interestingly, one of the first people to write Caravaggio’s biography was none other than late mannerist and baroque Italian painter Giovanni Baglione, the man Caravaggio told to go wipe his bottom with his own paintings.

Caravaggio’s work paid to the Mannerist style with an apparent realism, the active involvement of the spectator, and the creation of illusionism rather than illusion. His revolutionary realism was his creation but still a style. His innovations inspired the Baroque with the Baroque taking the drama of his chiaroscuro without the psychological realism. While his reputation was doubly vulnerable to the critical demolition of jobs done by his two earliest biographers, critics would bring his name and reputation to the foreground and assert that Vermeer, La Tour, and Rembrandt could never have existed without him, adding that the art of Delacroix, Courbet, and Manet would have utterly been different. Finally, it has also been declared that with the exception of Michelangelo, no other Italian painter exercised so great an influence.