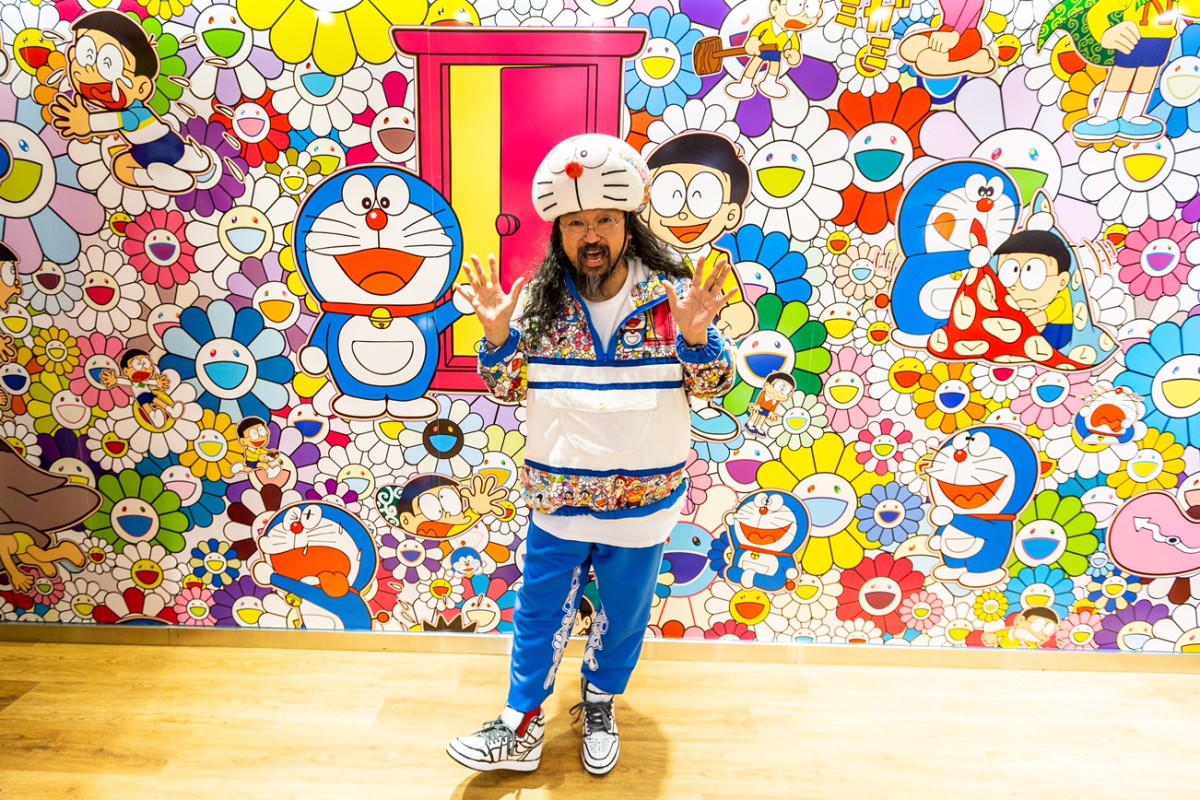 Say what you want but Japanese contemporary artist Takashi Murakami really lives for his art. And whether you love him or hate him, he continues to embrace his image as a rockstar artist, celebrity enthusiast, and a social media king. Famed for his love of churning factory of a studio and his wholehearted love of commercialism, Murakami’s visually supercharged world is inspired by anime and manga as well as the sexual complexities of otaku culture. His best known recurring motifs are smiling flowers, characters called Mr. DOB and Miss ko2, mushrooms, skulls, and Buddhist iconography.

Murakamu is mainly known for blurring the boundary between fine and commercial art. His innovative “superflat” aesthetic is a combination of classical Japanese art with contemporary Japanese pop culture. Over the years, he has developed a distinctive universe filled with candy colors, assorted detail, and eccentric recurring characters while exploring the links between traditional printmaking techniques and Japanese manga in postwar society. This led to his art being recognized as a cultural barometer with subversive undertones and images. Murakami has established himself as a pioneer of promoting art as a brand and has collaborated with the fashion labels and celebrities such as Louis Vuitton, Kanye West, Marc Jacobs, Pharell Williams among others. His work has also been the subject of numerous exhibitions around the world including those held at the Mori Art Museum in Tokyo, Gagosian Gallery in London, the Guggenheim Museum in Bilbao, and the Versailles Palace.

To this day, Murakami’s artistic practice continues to be expansive, spilling into fashion, film, NFTs, and other commercial aspects but according to him, his symbols and interests come from deeper impulses. For instance, his use of mushrooms in his work deals with both popular drug cultures and historical concerns. He employs mushrooms in DOB in his work The Strange Forest (Blue DOB) in 1999 where he coyly positions his alter-ego in a complex Japanese landscape that is turning into menace. DOB displays resistance, a gesture that supposedly manifests Murakami’s reflection of himself with regards to Japanese culture where he is lost in the runway madness of its history and decadence.