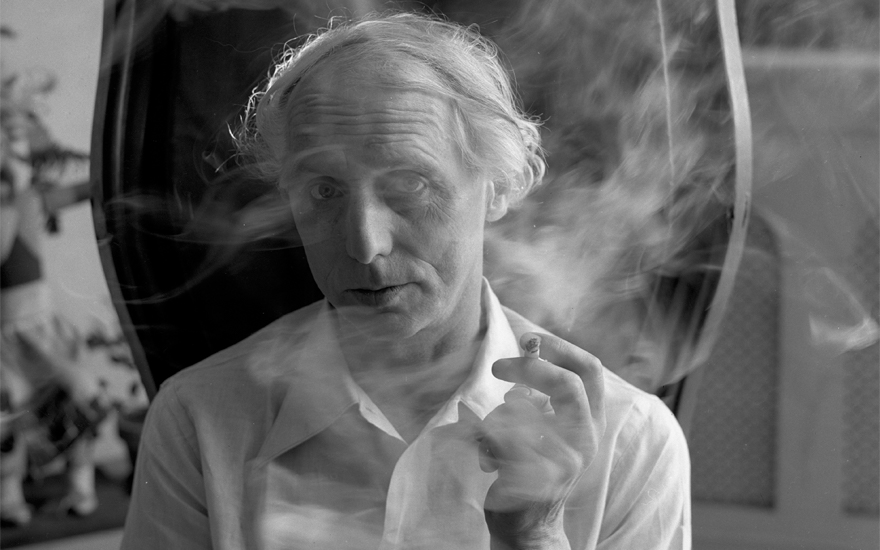 Despite Max Ernst's tendency to view the images he produced as unspoilt creations of his individual unconscious, his work clearly bears the imprint as well of external events of often historic magnitude--mediated through the conscious application of technique. An examination of Ernst's rediscovery of frottage, a surrealist and automatic technique that involves rubbing of textured surfaces using a pencil or other drawing materials, and its impact on the further development of surrealism illustrates this.

According to the book Max Ernst: Beyond Painting; a particular influence is Leonardo da Vinci and his Treatise on Painting. This is surprising because the surrealist's public stance included a fairly firm rejection of bourgeois rationalist traditions. Art historians have considered da Vinci's use of this "spontaneous" technique in the dream-like landscapes that form the background to some of his most enigmatic works. A study of the "Mona Lisa" has been made in this regard. With this problem in mind, Ernst considered how it was to be resolved in his own work. He recalls an experience of his own in the rediscovery of the ancient method of frottage in 1925. A form of frottage was used in ancient Greece, where rice paper would be placed over wall paintings and the rubbings would form a negative of the picture. Ernst explains how he used this technique:

"Beginning with a memory of childhood in the course of which a panel of false mahogany, situated in front of my bed, had played the role of optical provocateur of a vision of half sleep, and finding myself one rainy evening in a seaside inn, I was struck by the obsession that showed to my excited gaze the floor-boards upon which a thousand scrubbings had deepened the grooves."

"I decided then to investigate the symbolism of this obsession and, in order to aid my meditative and hallucinatory faculties, I made from the boards a series of drawings by placing on them, at random, sheets of paper which I undertook to rub with black lead. In gazing attentively at the drawings thus obtained, 'the dark passages and those of a gently lighted penumbra', I was surprised by the sudden intensification of my visionary capacities and by the hallucinatory succession of contradictory images superimposed, one upon the other, with the persistence and rapidity characteristic of amorous memories"