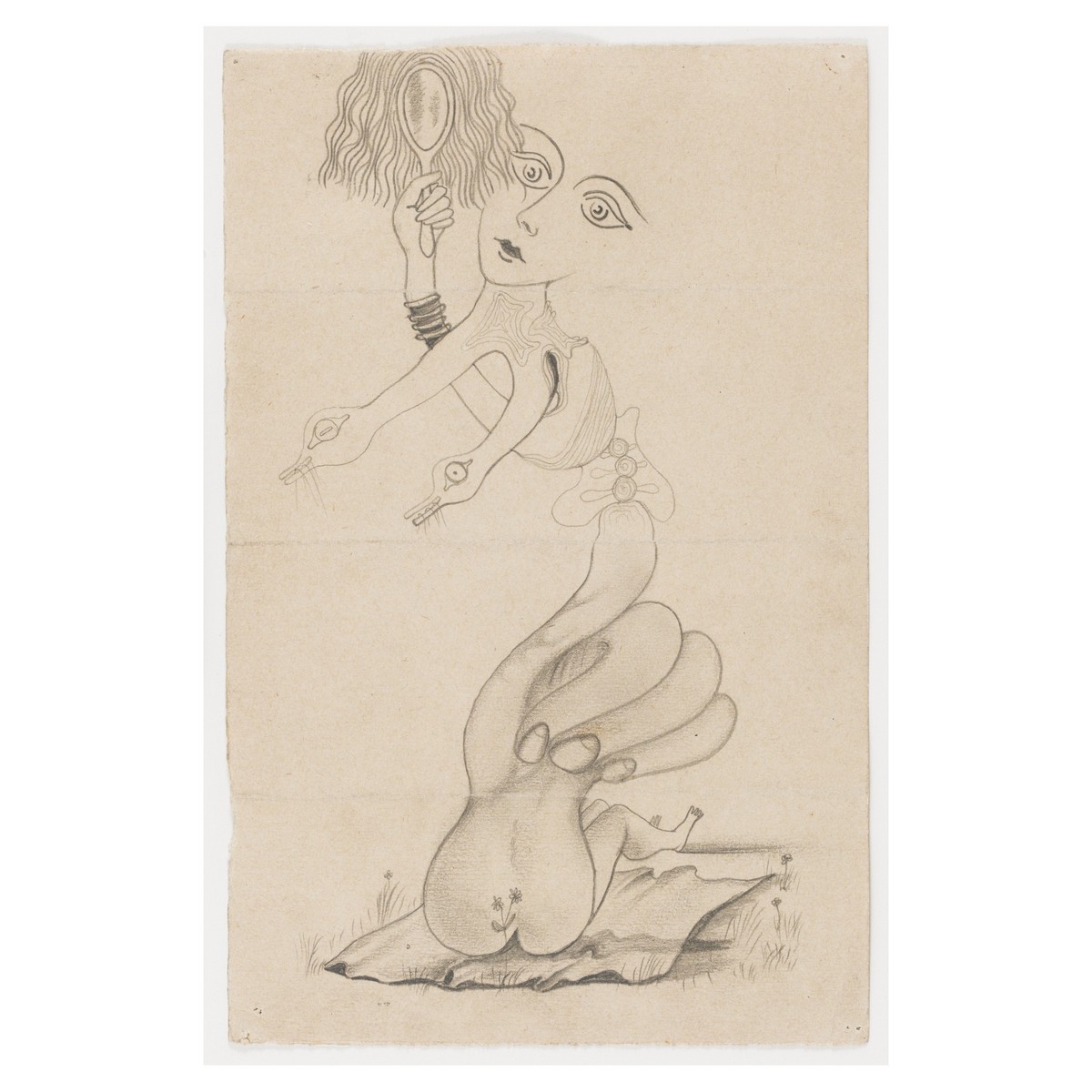 “The exquisite corpse will drink the new wine.”

This strange phrase was born in 1925 out of a round of Consequences, an old parlor game where players take turns writing phrases to form many absurd phrases like it. The players in this case were André Breton, Yves Tanguy, Jacques Prevert, and Marcel Duchamp. They were soon to think up a new game, one where participants took turns drawing body parts on a sheet of paper, folded to hide each player’s contribution. They called this new game, The Exquisite Corpse.

Artists, especially those connected to the Surrealist movement, played it regularly. Among the most famous exquisite corpses was a funny piece drawn by Frida Kahlo and Lucienne Bloch of Diego Rivera.

The game is significant, not only for the famous artists that enjoyed it, but for how it allowed them to experiment in ways that pushed them beyond their styles and artistic habits. Known for its inherent spontaneity and dependence on chance, the game opened up avenues of creativity by tapping into many of Surrealism tenets, including automatism, free association, collaborative creation, and the subconscious.

Surrealist poet, Simone Kahn, declared, “The suggestive power of those arbitrary meetings…was so astounding, so dazzling, and verified surrealism’s theses and outlook so strikingly, that the game became a system, a method of research, a means of exaltation as well as stimulation, and even, perhaps, a kind of drug.”

Today, artists continue to use the game to experiment and to stretch their creativity. Like then, it is still a fun exercise in shedding patterns of thought or styles that an artist might rely on too much.