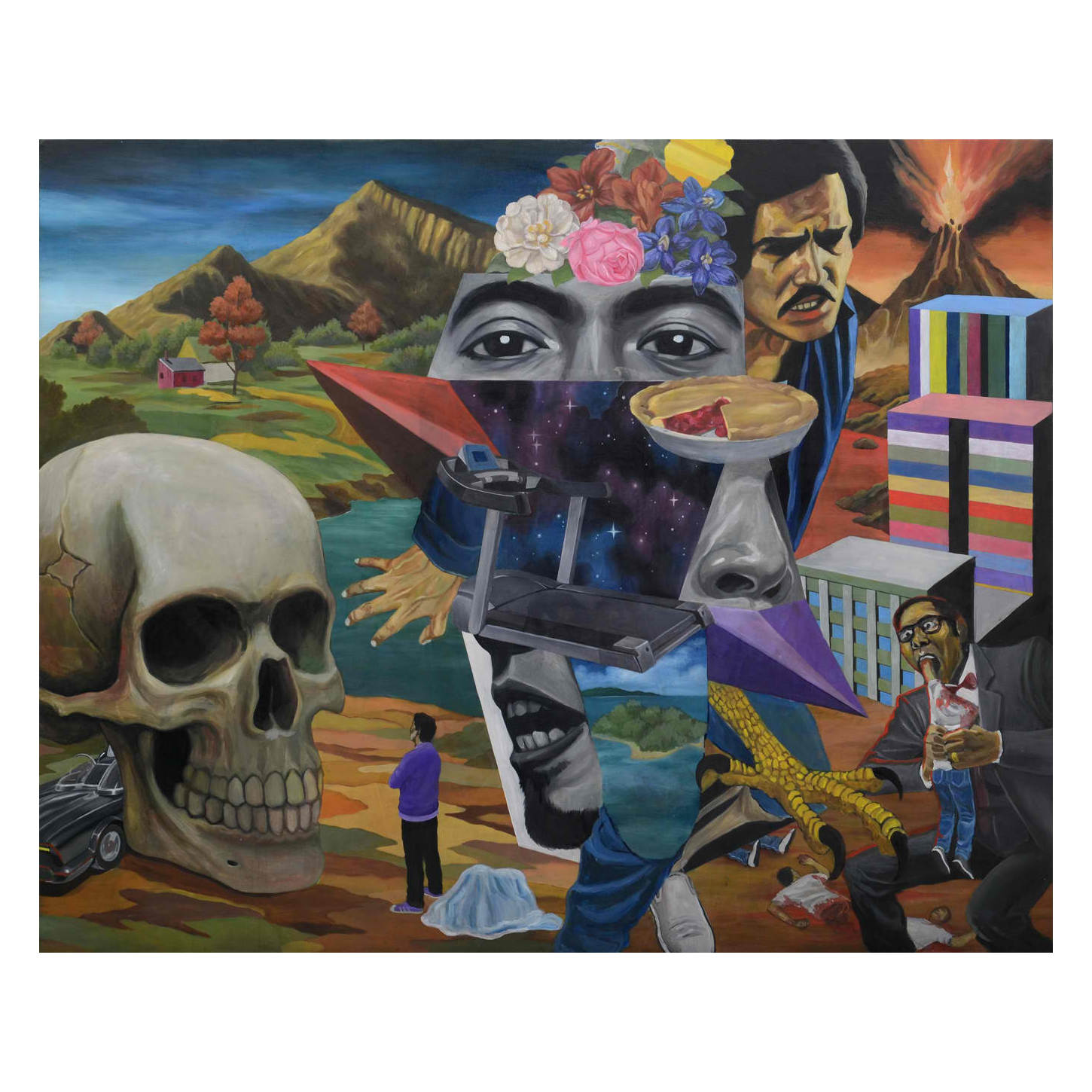 Imagine perennial bad guy and comedic supporting actor, Ruel Vernal, as protagonist, a man on a mission from God, an imperfect hero battling inner demons and engaging in cosmic struggles against a corporate version of Goya's Saturn. The viewer bears witness to this in paintings that appear like spreads in an underground comic, scenes that could just as well be narrated by Stan Lee or Johnny Midnight. These are the paintings of Filipino artist Edric Go.

Skillfully painted like old movie billboards, Go's paintings are superstitious places, strange, frightening, and trippy. In fact, they do appear at times like billboards to movies announced in bold metallic fonts, pictures that indicate something more. Like the many portals they depict, they call the viewer to dive through the surface into their collective tale.

Depictions of energies, elemental forces, and interdimensional holes abound. Superhuman beings too - Thanos, Zuma, Superman, Darna. But above all of them, even above Ruel Vernal, is the anonymous basketball dunking figure in Jordans, looking like a herald of Galactus himself, looking like melted surrealist living wax with an eyeball for a head. This adventurer and traveller represents man, the artist, us.

Go obviously pieces together elements from many sources into a kind of mish mash, much like a lot of current figurative painting. Viewers are familiar with technique and with the sources; cartoons, comics, art history. However, he assembles them, even recycles them from his own paintings, into compositions with a visionary quality. As if they were created in a trance, they are materializations of a burning bush (a motif found also in his work) experience. They are burning bushes themselves into the ridiculous and the absurd, parodies of things great and superlative, even abstraction and the formal elements of painting.

Edric Go is a Filipino contemporary artist, who has had a number of solo shows and group shows in the reputed galleries of Metro Manila.