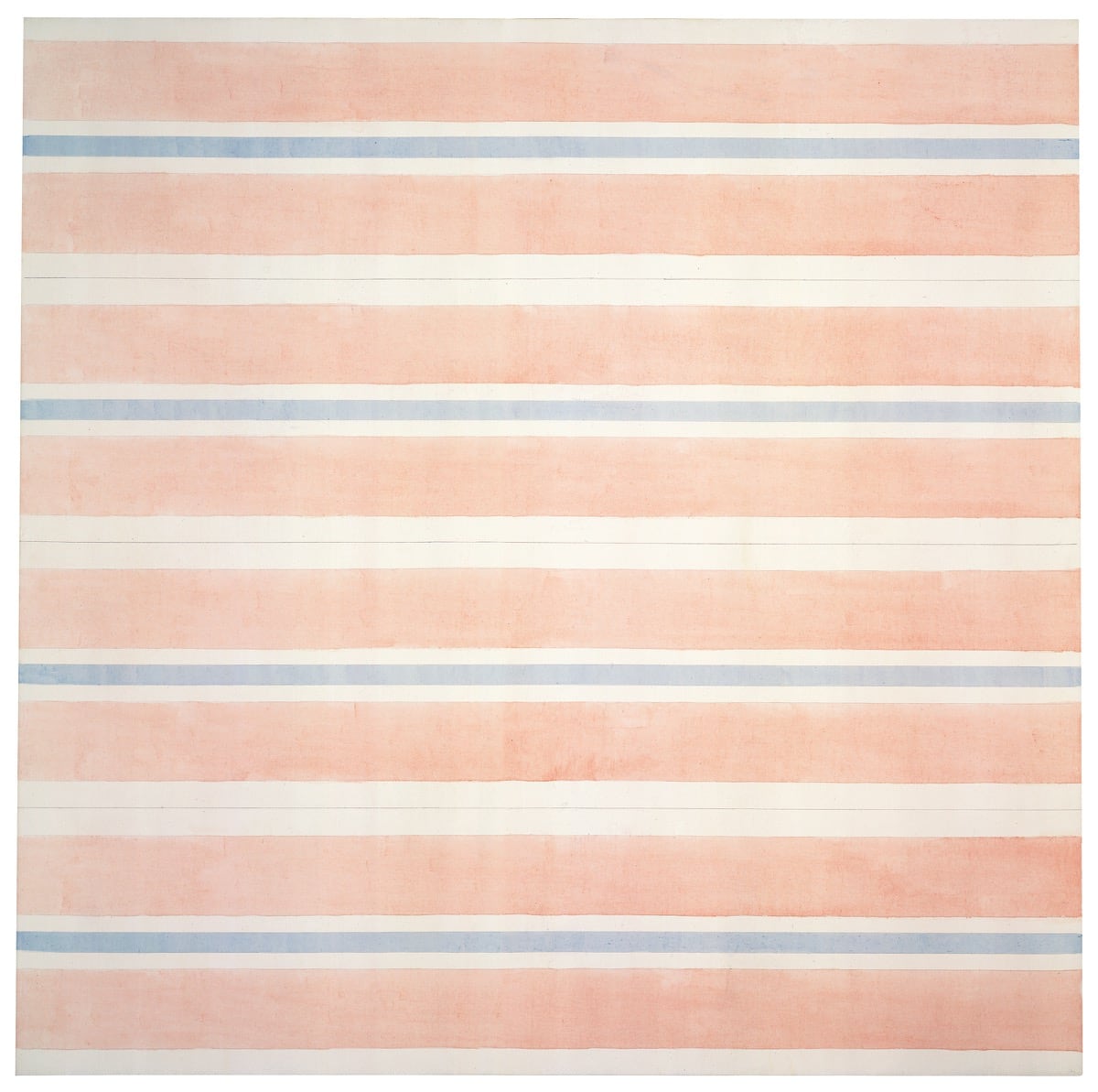 We are often enamored by spectacular images. When we see a beautiful painting, whether in real life or on our screens, there is a longing, an ache to feel in touch with the image we gaze upon. Sometimes it could be anger, it could be lust or disgust, nostalgia or sadness, and even the art-induced ennui, which is rare, evokes a certain feeling-- a feeling of not feeling.

Agnes Martin is one of those artists who can pull a heartstring. With her often muted, striped, and gridded paintings, there is somehow always a sense of purity and mysticism about her work. While she suffered from debilitating periods of psychosis, you will never see a hint of it in her work. Her taut pencil lines, delicate pastel colors, and regimented grids depict both control and escape. But she does it with such exquisite subtlety that you’ll feel almost instantly relaxed as you draw closer to her serene paintings.

Martin did not use much more than a single box of pencils, a couple of masking tape, and a lot less paint than some artists use on a single canvas in a day. Through the years, as she withdrew from the popular art circles in her time, her art remained marked by their clarity and rigor without excluding human qualities.

Agnes Martin was an American artist born in 1912. She was also a teacher, a writer, championship swimmer, a car nut, and a lesbian. She became an inspiration to younger artists such as Eva Hesse and Ellen Gallagher. In her lifetime she participated in numerous exhibitions across the world and received a great many accolades even after her death in 2004. To this day, her works continue to be mounted in various shows around the globe.