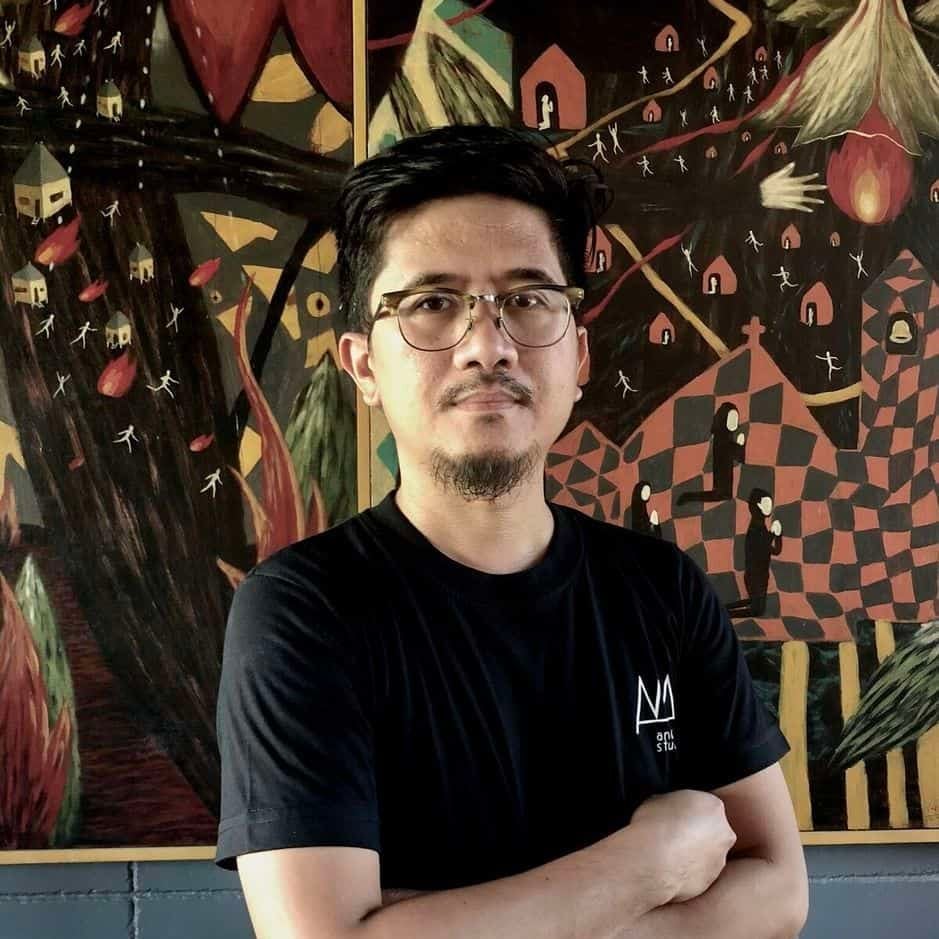 Like in the renowned Gauguin painting, “Where Do We Come From? What Are We? Where Are We Going?” Tapaya has taken elements of folkloric traditions, recreated them according to his own pictorial inventiveness, and brought them to bear upon his reflections of contemporary life.

Gauguin’s primitivism is often said to be a return to an art that’s unsullied by modern western civilization and practiced by folk of another place and time, but for the very modern purpose of pushing art forward. In his paintings, Tapaya reaches into the Philippines’ buried past and listens to its whispered superstitions and legends. Otherworldly tales and characters then reappear in his paintings as interlocking and overlapping imagery born from experimentations that push the limits of his own imagination.

These complex compositions, at times, look like ancient tropical jungles, but dense not only with imagery but with commentary on political, social, and environmental issues. They often touch on disturbing present day realities. So much so that along with their flat application of color, his paintings have drawn comparisons with the works of famed Mexican muralists and surrealists like Diego Rivera and Frida Kahlo.

Rodel Tapaya is one of the leading Filipino visual artists today, having featured his work in several international exhibitions and gaining renown and critical acclaim. His breakthrough in the art scene was taking the Top Prize in the Nokia Art Awards and winning the APB Foundation Signature Art Prize. Apart from studying painting in the University of the Philippines, he also studied at the Parsons School of Design in New York and the University of Helsinki.