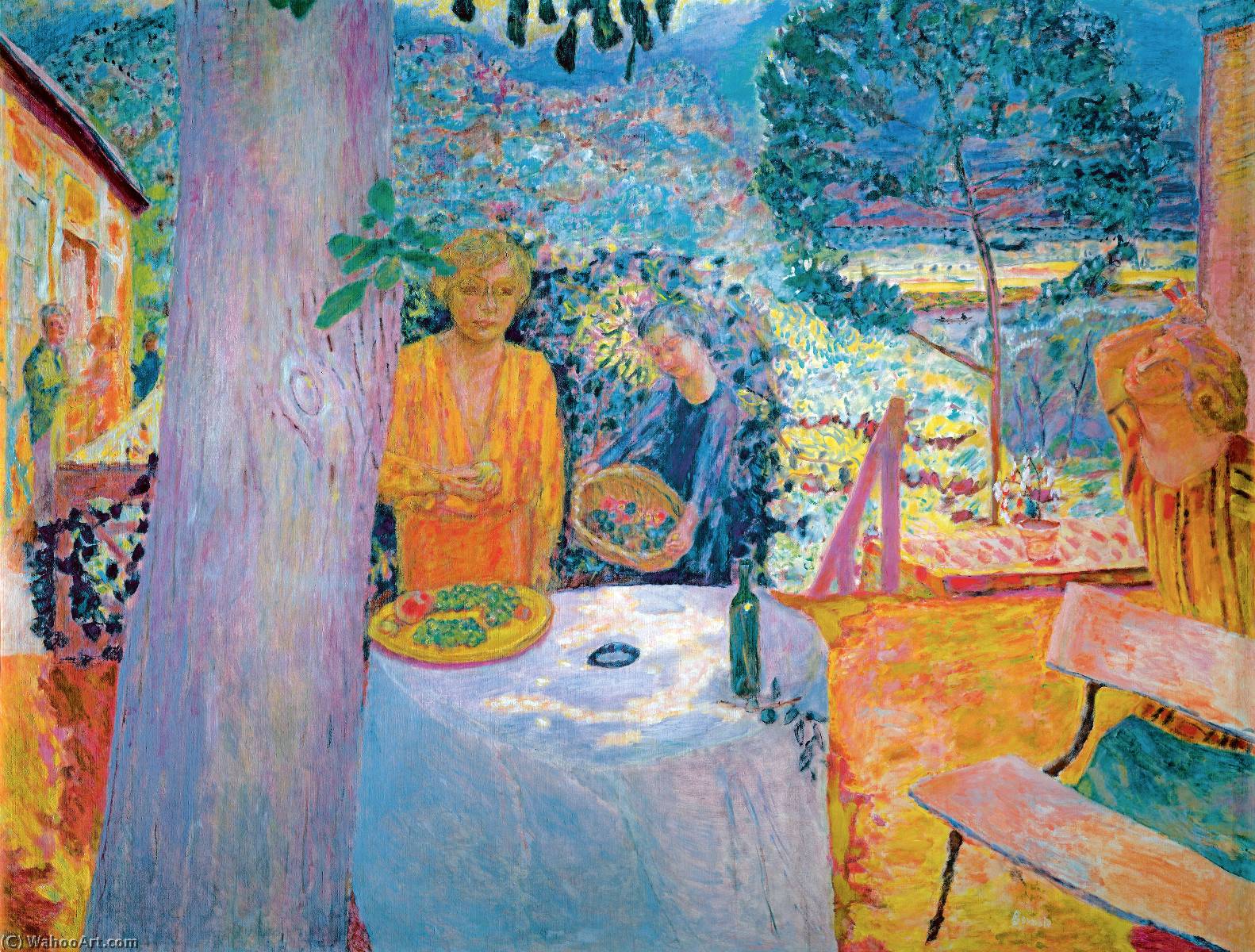 Particularly fascinated with tricks of perspective, French painter, illustrator, and printmaker Pierre Bonnard’s backgrounds, colors, and painting style took precedence over his subjects. Behind his familiar themes like tables laden with fruit, sun-drenched landscapes, or intimate domestic scenes, He employed different levels of perspective and varied the transitions of tone, from warm to cool. Bonnard also painted many nudes, mainly of his wife, who is often depicted washing or drying herself, or lying in the bath.

Bonnard was a founding member of the Post-Impressionist group of avant-garde painters Les Nabis. His early work was strongly influenced by the work of Paul Gauguin, including the prints of Hokusai and other Japanese artists. Bonnard rarely painted from life. Instead, he would sketch his subject and then begin the painting in his studio. This allowed him to concentrate on the point of inspiration. He also worked on different subjects simultaneously which included works inspired by his garden, his daily walks, or his experience of crowds in the streets.

While Bonnard avoided public attention, his paintings sold well during his lifetime. He met Toulouse-Lautrec in 1891 and in the same year, he participated at the annual exhibition of the Société des Artistes Indépendants. Bonnard also pursued the style of Japanese graphic art which became an important influence on him. Later on, he devoted a lot of his attention to decorative art, designing furniture, fabrics, fans, and other objects. He continued designing posters and in 1892, he began creating lithographs. He also created a series of illustrations for the music books of his brother-in-law. Bonnard turned in a new direction in 1894 and started making a series of paintings of scenes of the life of Paris. It was this time he became an early participant of the movement of Art Nouveau.

At the time of his death, his reputation has been eclipsed by subsequent avant-garde developments. His paintings also divided his two contemporaries. Pablo Picasso had expressed frustration at Bonnard’s constant need to revise saying “Painting is a matter of seizing the power”. Henri Matisse, however, appreciated the full depth of Bonnard’s expression and called Bonnard one of the greatest painters.