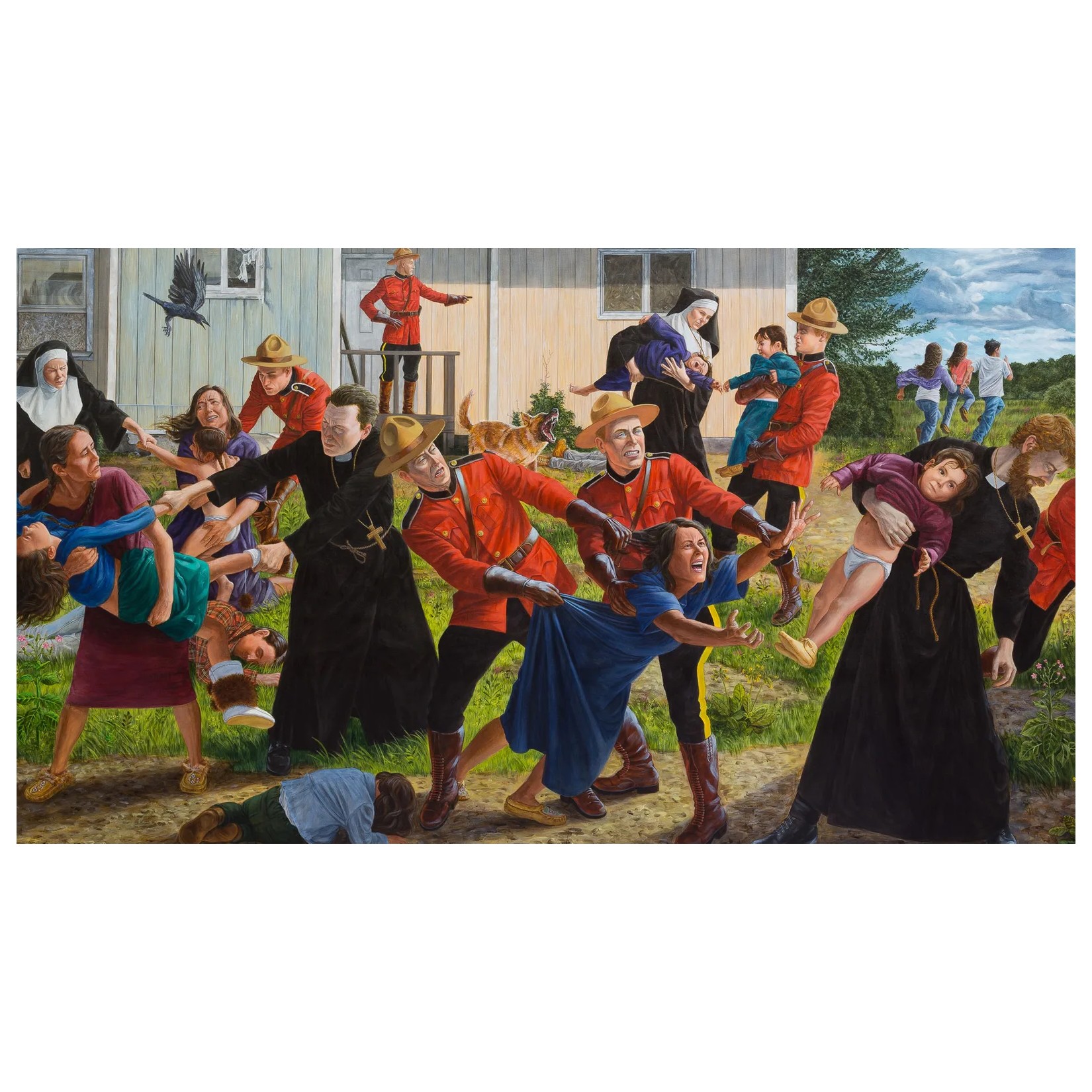 "Art works toward an ethical space where we are allowed to encounter traces of the pain of others through forms that inspire in our heart's mind, feeling and knowledge. It adds an ethical quality to the act of witnessing. By trusting the painting as true you become a witness to the effects of events that you didn't experience directly, you become aware of the effects of the violence done to others, now and in history – a witness to an event in which you didn't participate, and a proximity to those you have never met."

At times, a painting, an image can have such emotional power so as to move and galvanize the thoughts of people. Its narrative, context, and even scale all work together to have this impact on viewers, heightening the awareness of and visceral connection towards an injustice.

Pictured here is Kent Monkman's The Scream. Painted in bright colors and the Western traditions of history painting, The Scream hammers forth a single gut-wreching image based on long silenced historical events - church and government sanctioned genocide of indigenous children in Canada's Residential School system. Kent Monkman is an artist of Cree ancestry.

Named after Pablo Picasso's masterpiece and probably the greatest war or anti-war painting in the world, the Guernica Effect refers to the way in which art can serve to tell or uncover an atrocity.

Picasso's 1937 painting is named after Gernika, a small town bombed by the forces of General Franco during the Spanish Civil War. Images of the bombing were spread across the world in newspapers. Violence and suffering is affixed in the frozen screams, anguished faces, mutilations, and scattered body parts in the chaotic composition of the gigantic painting.

Picasso used Guernica to influence changes in national policy, to galvanise world opinion, and to stoke viewers’ active participation in the outrage. It toured the UK and the US in 1938 to raise funds for Gernika. Picasso also used it as a bargaining chip for democracy, refusing its loan to Spain, unless democracy was established there.