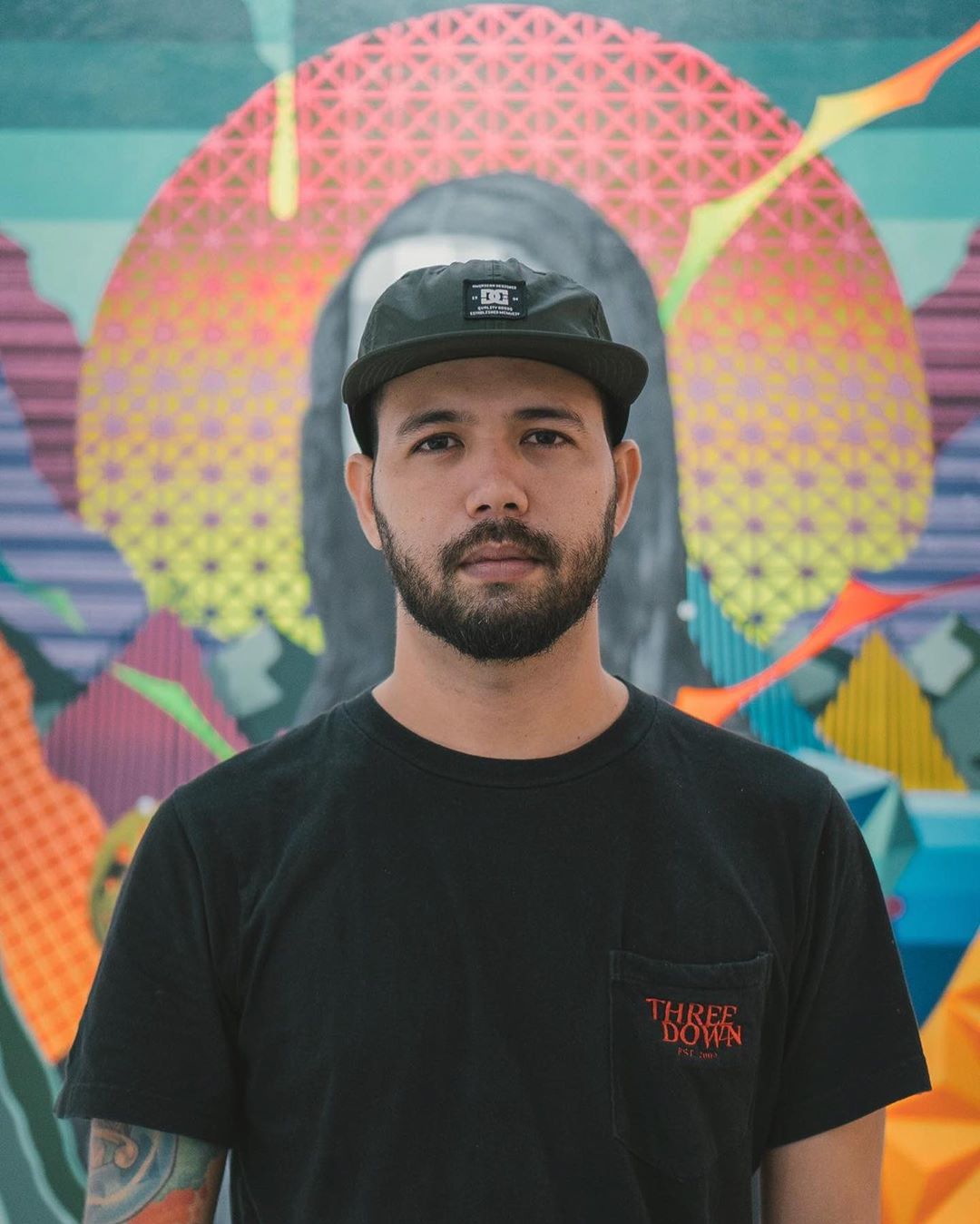 It all started with tagging or graffiti for artist Egg Fiasco, even the name he goes by. Seeing no avenues into the official world of contemporary art shows, he followed what so many artists have done before him, taking his art to the streets. The allure of street art is nothing new. Keith Haring, Jean Michel Basquiat, Rammellzee, Kaws, and countless others have had their stints in this underground world or adopted its aesthetic for paintings. One would be remiss not to mention Banksy, the one street artist who’s blurred the line between tagging and fine art, consequently rendering graffiti’s subversion somewhat impotent. In the case of Egg Fiasco, following a similar path led to making paintings that, like street art, engage simultaneously with several styles of imagery and require a discipline and a pace atypical of fine art.

Fiasco’s acrylic paintings in galleries are easy enough to spot because of a consistent style. They often feature a central figure surrounded and electrified by playful and colorful graphic elements conveniently described as retro-futuristic. Fiasco, however, shuns any such conveniences and refuses to be identified with any style. We see only the current melting pot of his many visual influences. For Fiasco, what matters is that this melting pot mutates with experimentation.

Egg Fiasco is a rising Filipino Contemporary artist heavily influenced by the ethos and discipline of street art and the popular imagery of print advertising, comic books, film, TV, packaging, and the like. Along with having had solo and group exhibitions, he has participated in art festivals in the Philippines and abroad.

*This artist's works are currently not on our site and storeroom. It is simply our pleasure to support excellence in Philippine art and make these artists known to a broader audience.