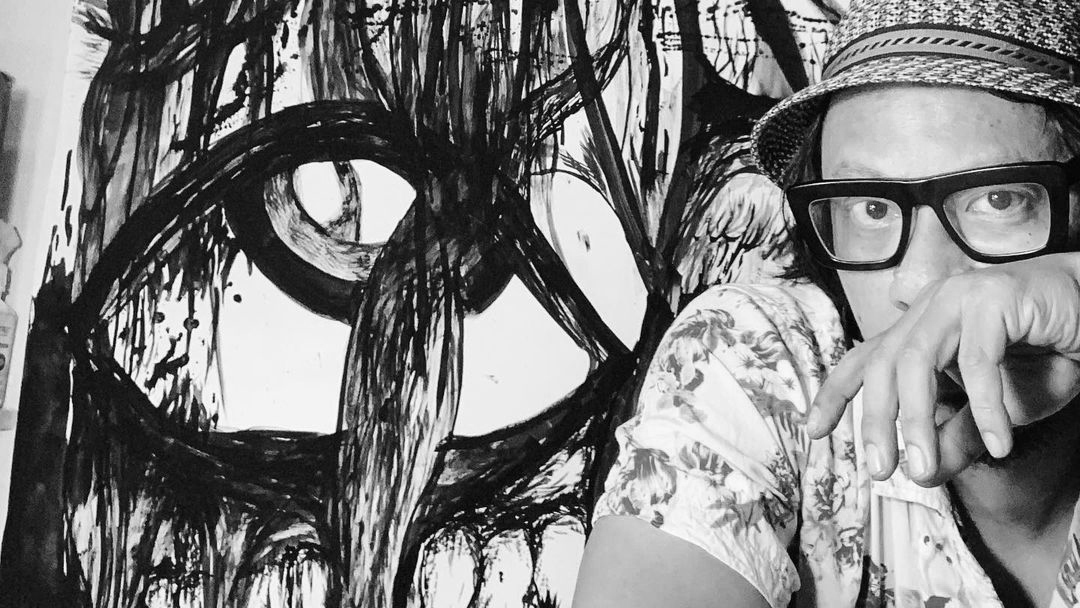 Lourd De Veyra is many things. He’s a musician, a poet, journalist, broadcast personality, an award-winning writer, and so on. While the sing-speaking recondite poetry-over-squealing-guitars era is far from over for him and many fans, De Veyra seems to be melding visual arts into his resume. And like his previous and present creative endeavors, it seems to be only getting better.

De Veyra’s visual style is placed between urban art, fine art, and personal doodles with bold black or red ink and acrylic work on paper. His work is characterized by its sheer busyness--packed with macabre anthropomorphic-like zentangles, strange symbols, and odd figures and characters. But they aren’t difficult to understand. You can almost compare it to walking into a shop of horrors and magic, standing agape at the barrage of images, shapes, and letters on shelves and while you are mesmerized, you also know why you’re there and what you’re looking at.

The absurdity behind the subject and mood of De Veyra’s art noticeably references and questions his contemporary milieu. While his drawings seem to depict a multitude of emotions, the obvious undertone is a mixtape loaded with dark humor and delirious irony--something he has perfected in his music, poems, and art over the years.

Lourd De Veyra is Filipino musician, poet, journalist, TV host, broadcast personality, writer, and activist. He is primarily known for his jazz rock band Radioactive Sago Project. He is a two-time Palanca-winning essayist and the guitarist for Kapitan Kulam. He was recently part of an art exhibit in Golden Cargo Gallery in January 2021. 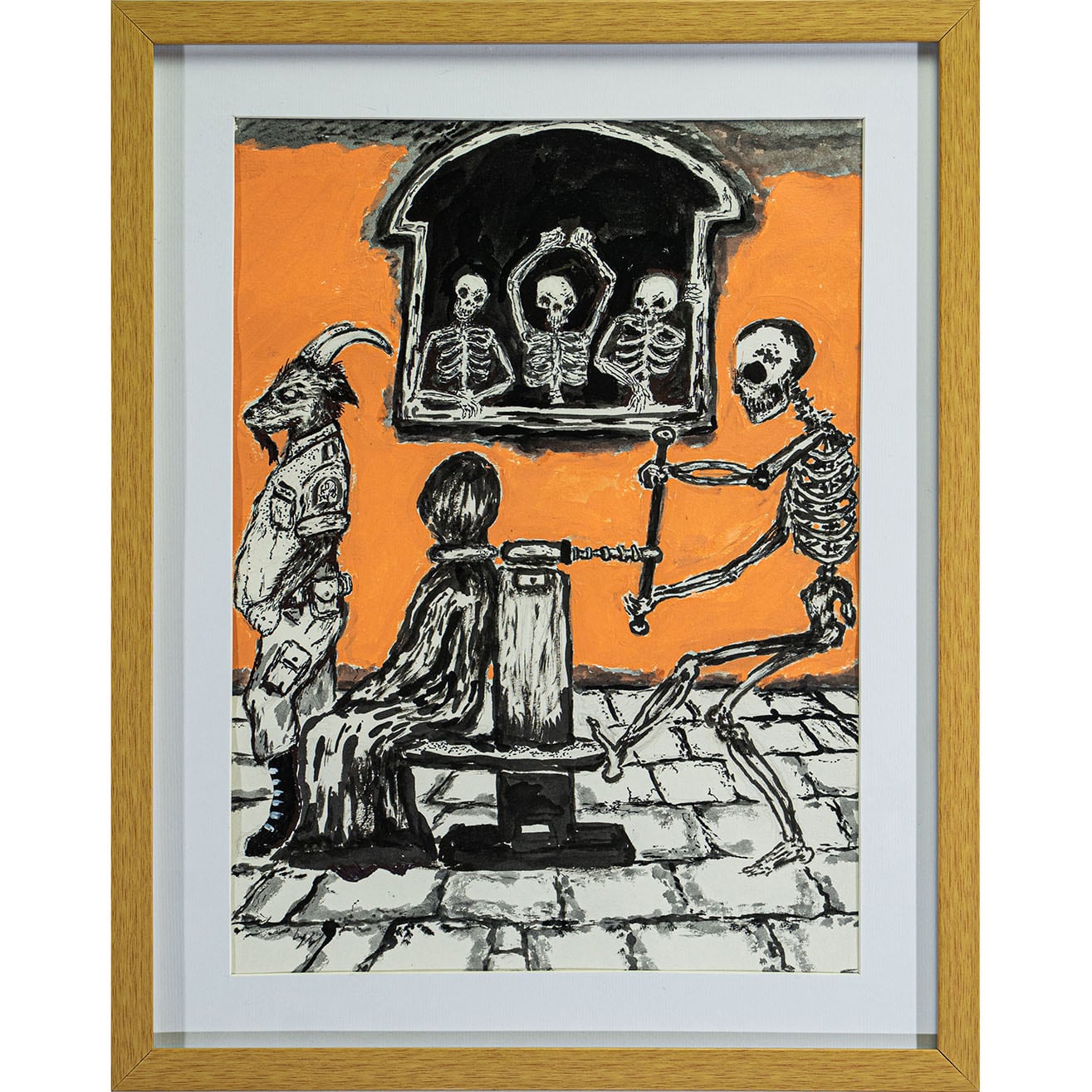 Variation on a Theme by Bruegel and Golub 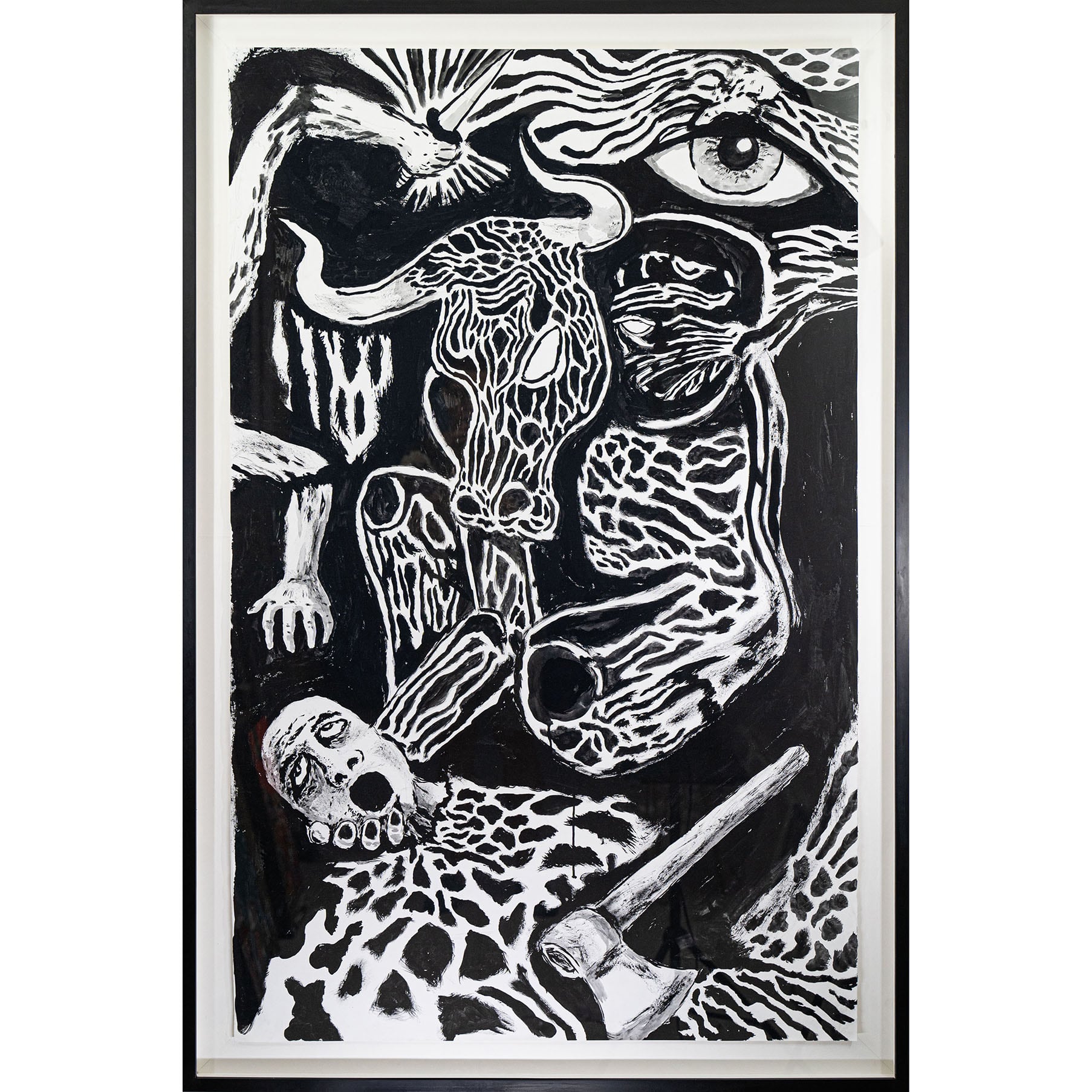 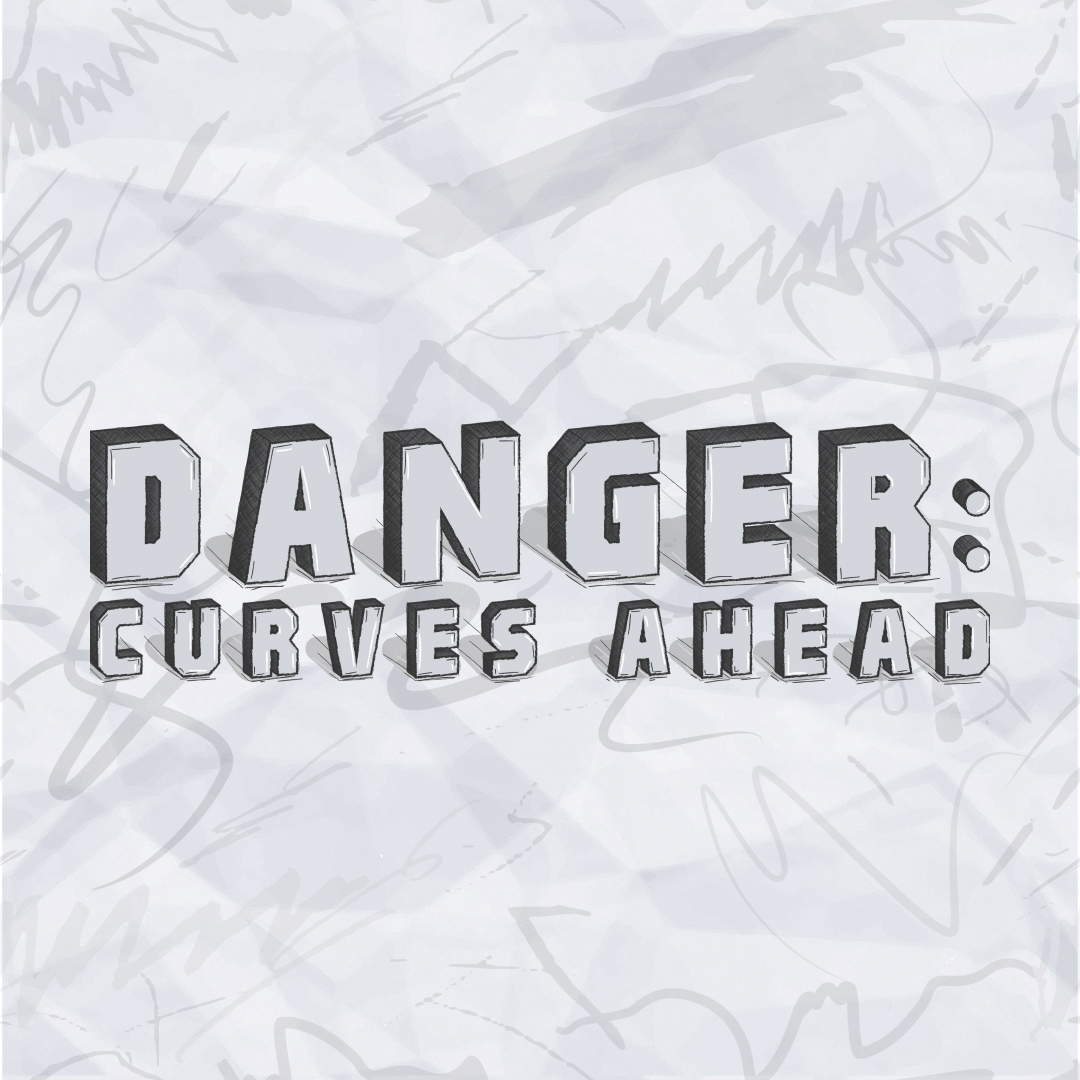 Add To Favorites
Lourd De Veyra was to your favorites.