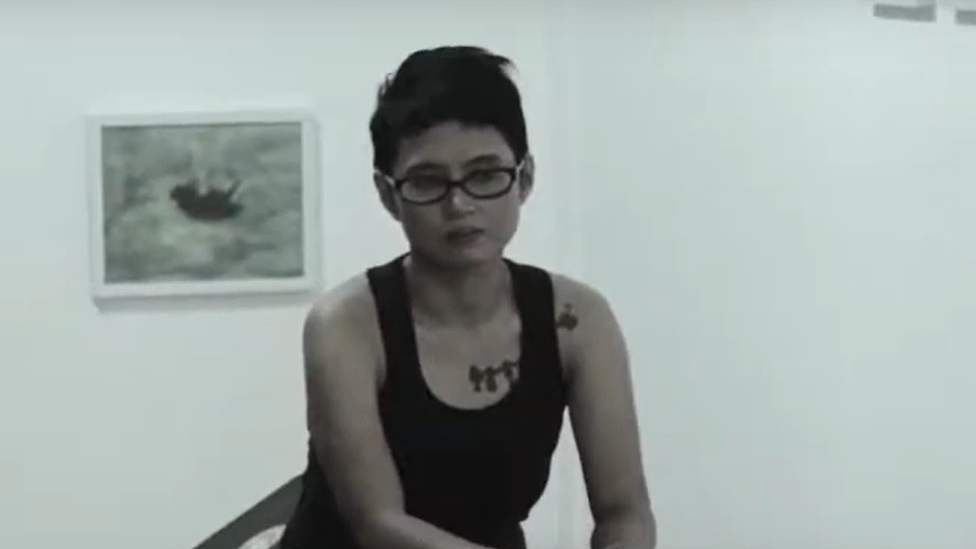 For the past 20 years, Filipino contemporary artist Lena Cobangbang has had a multifarious approach to artmaking, one that includes various disciplines such as painting, video, installation, found objects, embroidery, performance, photography, zines, and even cooking and set design.

Her collaborative projects, for instance with Yasmin Sison as Alice and Lucinda, have touched on many aspects of contemporary life and culture including celebrity, cosplay, science fiction, natural disasters, art history, the local art community, and the institutionalized display of art.

Lena is also a writer, curator, production designer, and art manager. She was a founding member of the seminal artist’s collective and independent art space, Surrounded by Water, in the later 90s and early 2000s. She was shortlisted for the Ateneo Art Awards in 2005 and received the Cultural Center of the Philippines (CCP) Thirteen Artists Award in 2006. In 2008, She was granted a fellowship at the HAO Summit for emerging artists and curators and completed her artist/curator research residency exchange between Green Papaya Art Projects and Pekarna Magdalenske Mreze in 2010. In 2008, she was a participating artist in the Singapore Biennale.

Lena was the curator and writer of the 2012 CCP Thirteen Artists Award and represented Post Gallery in Art Dubai in 2016. She was also a recurring member of Bastards of Misrepresentation, a long-running touring exhibition and project curated by Manuel Ocampo.

More artists
Add To Favorites
Lena Cobangbang was to your favorites.