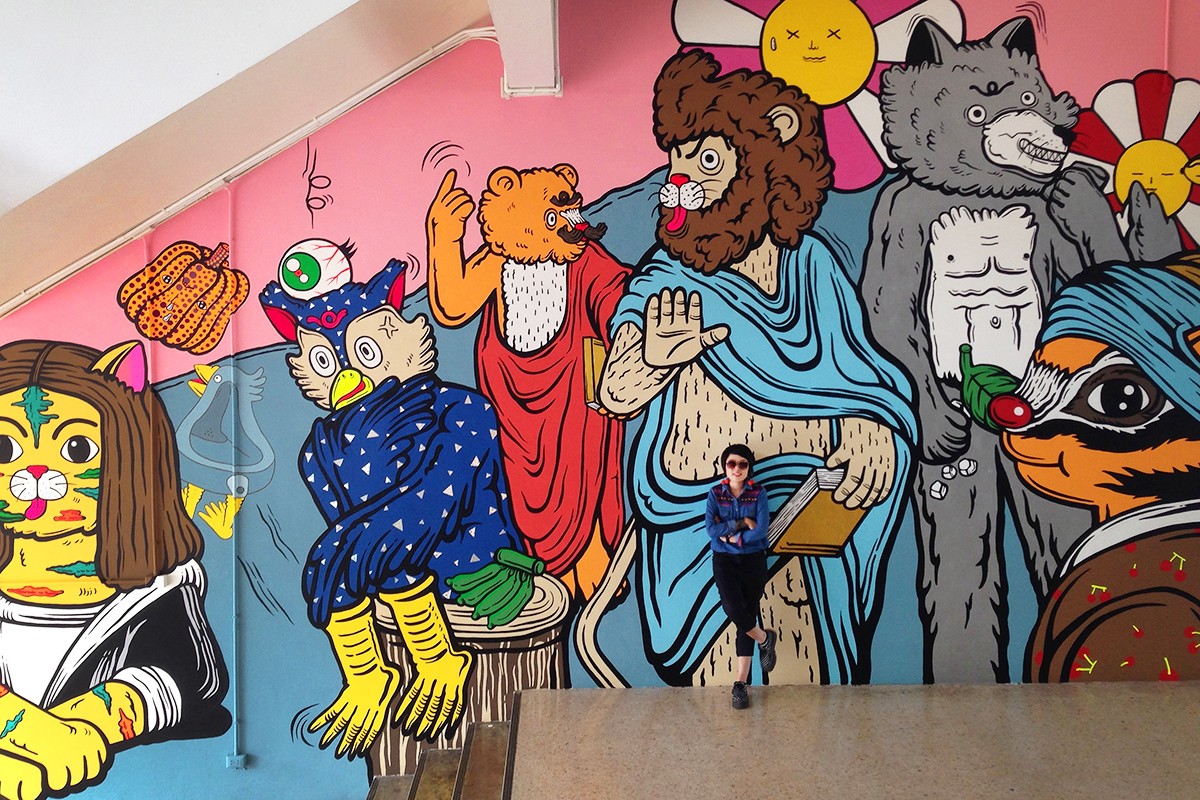 Thai artist Yuree Kensaku's paintings have been called nightmares turned kitsch. Her notoriously flat cartoonish and bright candy colored creations often draw on pop culture from My Little Pony and the Little Prince to manga. However upon closer consideration, they contain sarcastic narratives, introspective commentaries on both her personal anxieties and society.

At Hong Kong's 2015 Art Basel for instance, Kensaku exhibited the massive painting and installation called "When Two Elephants Fight, the Grass Gets Trampled." As expected, Kensaku filtered sobering and even panic-inducing realities through her brand of Adventure Land pastiche. Based on a Thai proverb and on real political events, this allegorical masterpiece is a commentary on the power struggle in Thailand in the wake of its military coups, as well as the millions of Thais left polarized and victimized by the political fighting.

For 2016's "Atmosfear'" Kensaku created a wall-to-wall environment of paintings, a representation of what she calls an eruption of her uncomfortable feelings. The environment complete with a logo of a volcano is depiction of 'maku,' maku being a Thai-adopted Japanese word for what makes one uncomfortable, anxious, or fearful. Kensaku, who is herself half-japanese, created compositions filled with figures to represent four categories of maku: deadly animals, her life-threatening allergies, environmental issues, social issues including a flood of Biblical proportions.

Yuree Kensaku is a Thai contemporary artist who has exhibited widely and may be considered among the most influential artists among the youth in her country. Her work can be found in the collections of the Singapore Art Museum, the Mori Art Museum, and the Yokohama Museum of Art.