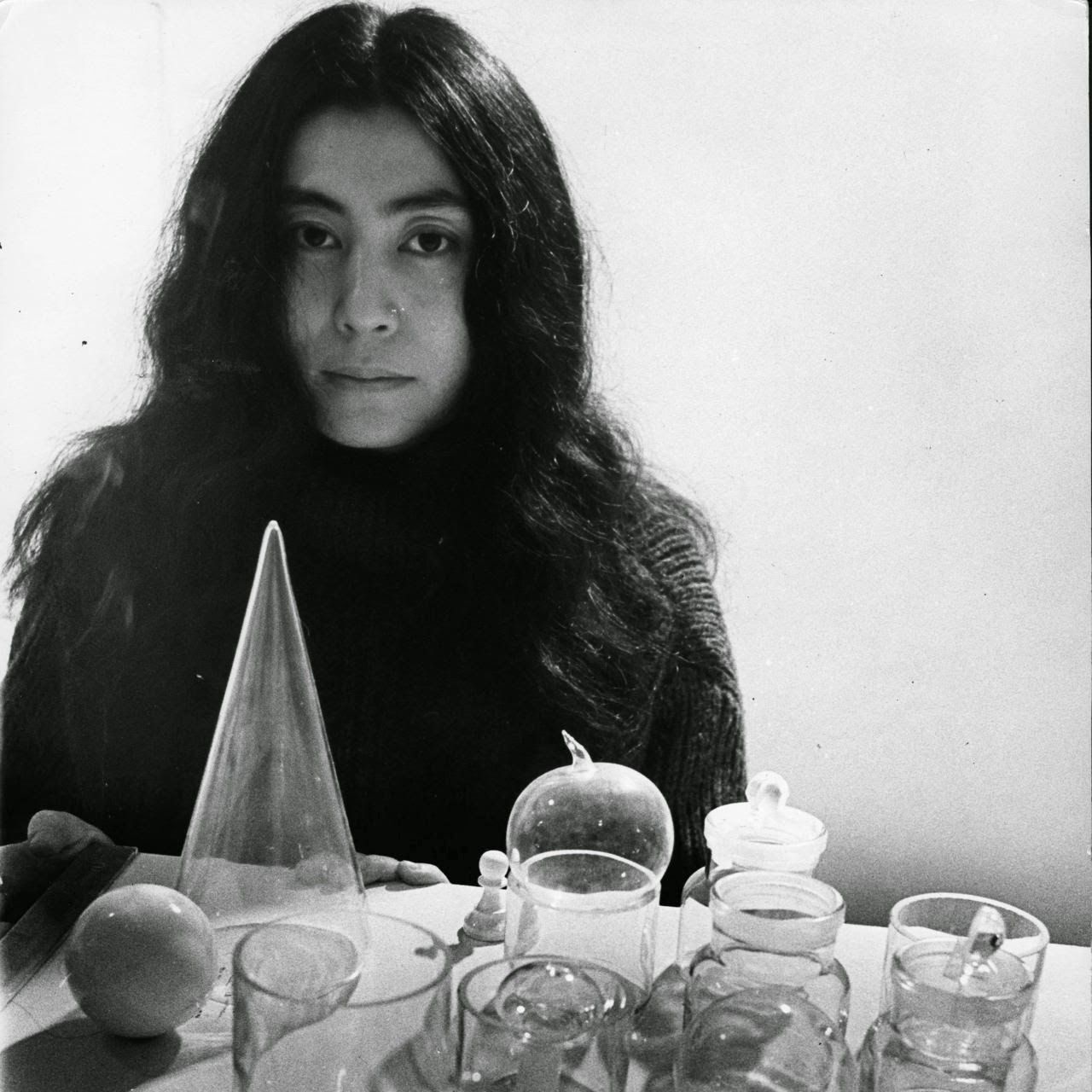 The heart of Yoko Ono’s art springs from a long love affair with peace. Like most of the countercultural riddles that appear in her body of work, Ono presented her life as an artist in the most facile and mischievous way possible. It was also autobiographical as she was one of the few women associated with New York’s avant-garde music scene and the “neo-Dada” Fluxus movement, an international group of artists working between 1960s and early 1970s who renounced traditional forms of music and theater and explored the mundane and chance aspects of sound, film, performance, evoking the rebelliousness of Dada.

Ono had been defined by her relationship with The Beatles’ John Lennon. However, she resolutely persevered in her creation of avant-garde art and eventually became a defining figure in the contemporary art world. It was in the 1960s when Ono became increasingly involved in conceptual art, especially in performance art as an occasional member of Fluxus. One of the artists who influenced her at the time was John Cage, an experimental music composer. Ono’s works “Grapefruit” and “Cut Piece” are amongst her most famous works from that period. Grapefruit was based on lyrical and poetic verses written in the imperative or as simple instructions that could be carried out conceptually. This work blurred the lines separating textual and musical forms. For example, “Tunafish Sandwich Piece” a poem in Grapefruit reveals the mix of simplicity and whimsy, the banal and the ideal.

In her work “Cut Piece”, the audience was asked to cut Ono’s clothes with scissors until she was left naked, while she sat on a stage alone dressed in her best suit. The intention was to express the internal suffering of human beings whilst also questioning issues of gender and identity. One of Ono’s most famous works was called “Bed-ins for Peace”. She and Lennon held two week-long bed-ins for peace, one at the Hilton Hotel in Amsterdam and one at the Queen Elizabeth Hotel in Montreal. Each of which were intended to be non-violent protests against wars, and experimental ways to promote peace. This movement inspired various influential figures in pop culture through the years and became a symbol for peaceful activism.

Ono, to this day, remains an enigmatic artist whose groundbreaking contributions to the experimental art scene of the 60s has largely gone unnoticed. In recent years, she has gained greater admiration as an inspirational figure in her own right with a series of retrospective exhibitions that disseminate powerful messages of love, peace, and protest.

Yoko Ono is a conceptual artist, performer, singer, filmmaker, and peace activist. She is widely known for her avant-garde and expressive work spanning many mediums and created both independently and in collaboration with her late husband John Lennon. Ono’s performances and instructional paintings changed the relationship between artist and audience forever. Her involvement in the peace movement encouraged future generations of artists to use visual art as a political platform. Her innovative and iconoclastic presence in the art world extended the dialogue on materialism and cultural consumerism in a way that has inspired artists such as Rirkrit Tiravanija, Suzanne Lacy, and other artists involved in social practice. Additionally, evoking attention to the vulnerability and resilience of the female body, Ono enabled future female performance artists including Valie Export, Hannah Wilke, and Marina Abramovic.