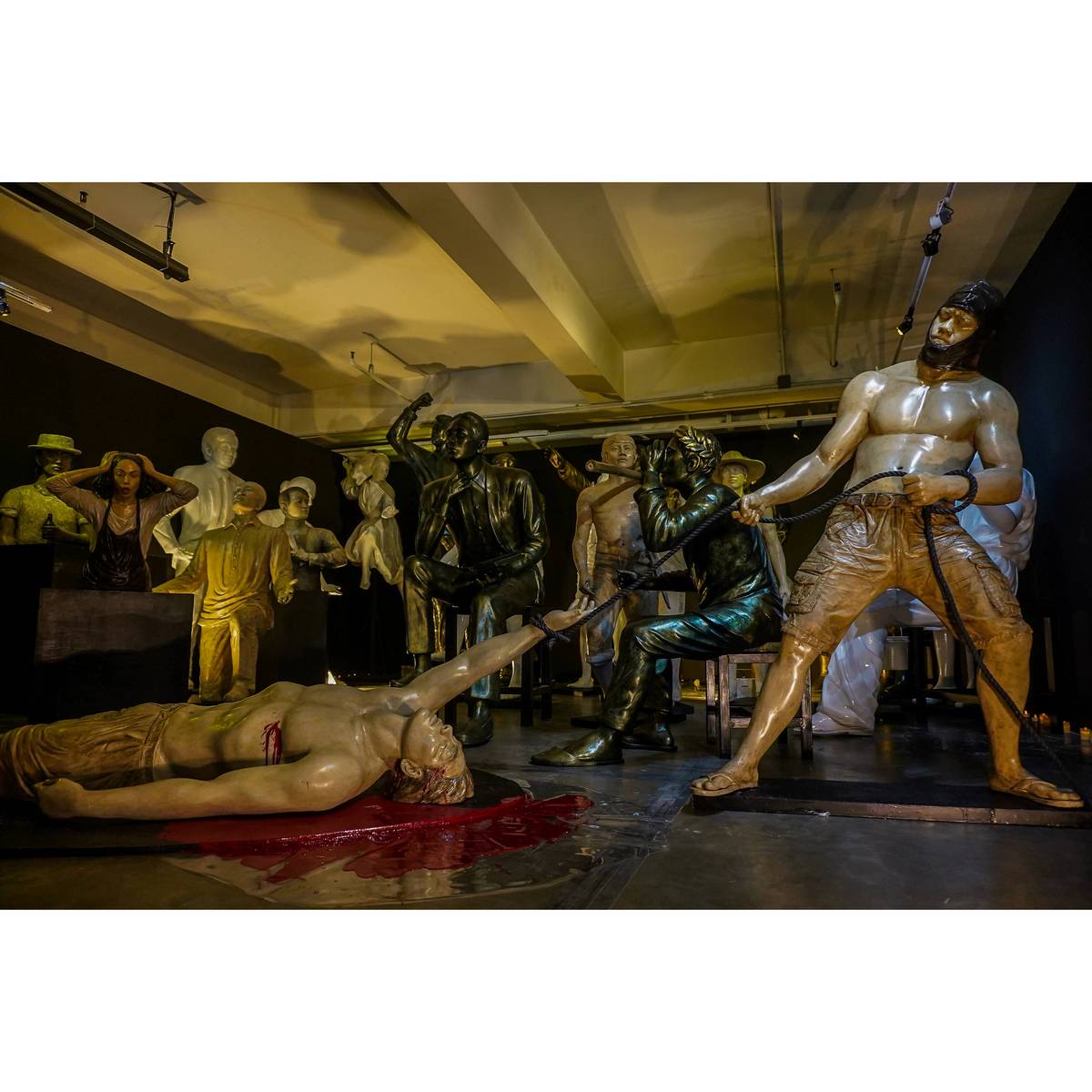 Many times, there is more to a painting than meets the eye. Artists tell stories in their work, sometimes through the use of symbols or more cryptic means. They hide complex narratives, concepts, and multiple levels of meanings in their compositions, revealed to viewers with the knowledge to decipher. This tradition and practice is called allegory, which literally means “veiled language.” In art, allegory is frequently interchanged with symbolism or can also be understood as when one narrative might mean another.

Figures in an allegorical painting may personify different emotions and ideas, such as contentment and war. Even colors can be symbols of the divine. Ultramarine blue was favored for depictions of the Virgin Mary. The mousetrap signified Christ. Juan Luna’s Spoliarium depicts the holding cell of a Roman coliseum and is an allegory of 19th century Philippine society. Some allegorical paintings from these periods, however, have become elusive as meanings have become lost.

It was frequently used in European paintings from the Medieval period to the Renaissance to the mid-1800s, waning in significance momentarily with the rise of modern art. Just like many devices and practices derided or discouraged in modern art, allegory has had a revival in contemporary art with the revival of painting and figurative painting in the 1980s onwards. Even contemporary abstraction in the paintings for instance of Peter Halley can be considered allegorical.

Contemporary artists like Walton Ford and Kara Walker use allegory to highlight ambiguities in interpretation. Artist Hahan creates visually dense complex installations like “Silent operation: Sign study based on the formula of contemporary (visual) art,” an allegory of how to be a success or failure in the contemporary art world. Artist Lu Yang’s multimedia and digital installation “The Great Adventure of Material World“ explores the journey of the self through the narrative of a digital avatar in a video game world. Sculptor Juie Lluch recreated the Spoliarium in her "Irresistible Grace: In the Time of Plague" as an allegory to contemporary Philippine society.