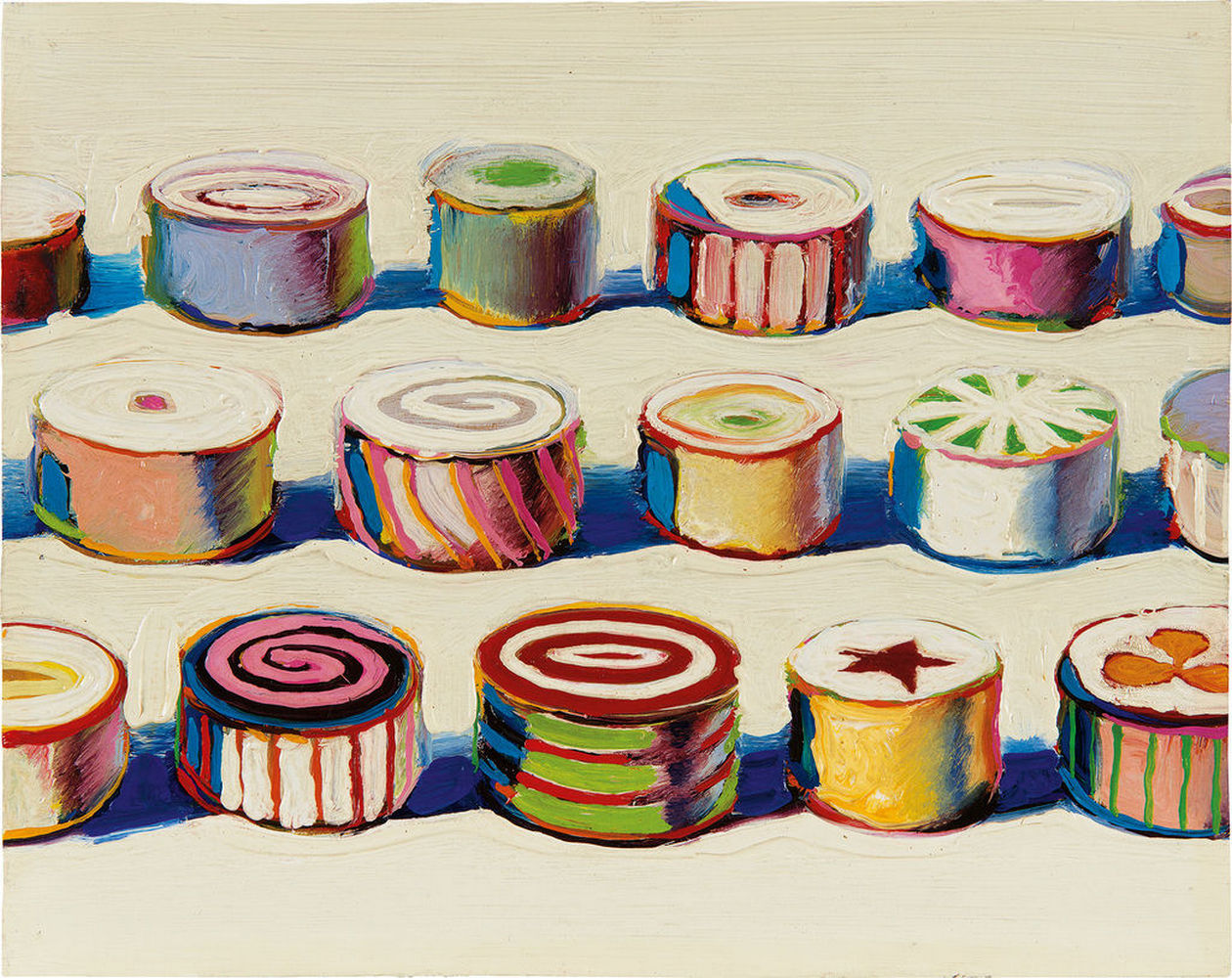 “The wonderful thing about common objects, of almost any kind, is exactly what the poets talk about. They are talking about a transcendent potential, that they can be more than they are. For instance, let’s say a bunch of kitchen objects like Chardin: copper pipes, clay pots, a loaf of bread. Your job as a painter is to make them different enough and special enough that when you go back to look at the kitchen’s actual objects, they seem wanting.”

For Wayne Thiebaud, this idea began in 1956 when meeting one of his heroes in art, Willem de Kooning. The lauded American painter had advised Thiebaud to avoid all trappings of styles and what people thought was art. Artists, De Kooning had said, "should decide for themselves how they want to see and find out what they cared about."

It was the height of Abstract Expressionism in America. Artists were expected to create paintings that looked like they came from the lineage of Cezanne, art that followed in the development called Modern Art. Instead, Thiebaud began to harken to his memories of working in restaurants or in the fairs of Long Beach. He began appreciating the exquisitely beautiful displays on candy counters in department stores he saw during the Depression. And in place of abstract shapes, he started to draw and paint visually stunning, sensually appealing food, like pies, cakes, and sandwiches.

For more about Wayne Theibaud, read SmithsonianMag's "Wayne Thiebaud Is Not a Pop Artist" and see more of his artworks at Artsy