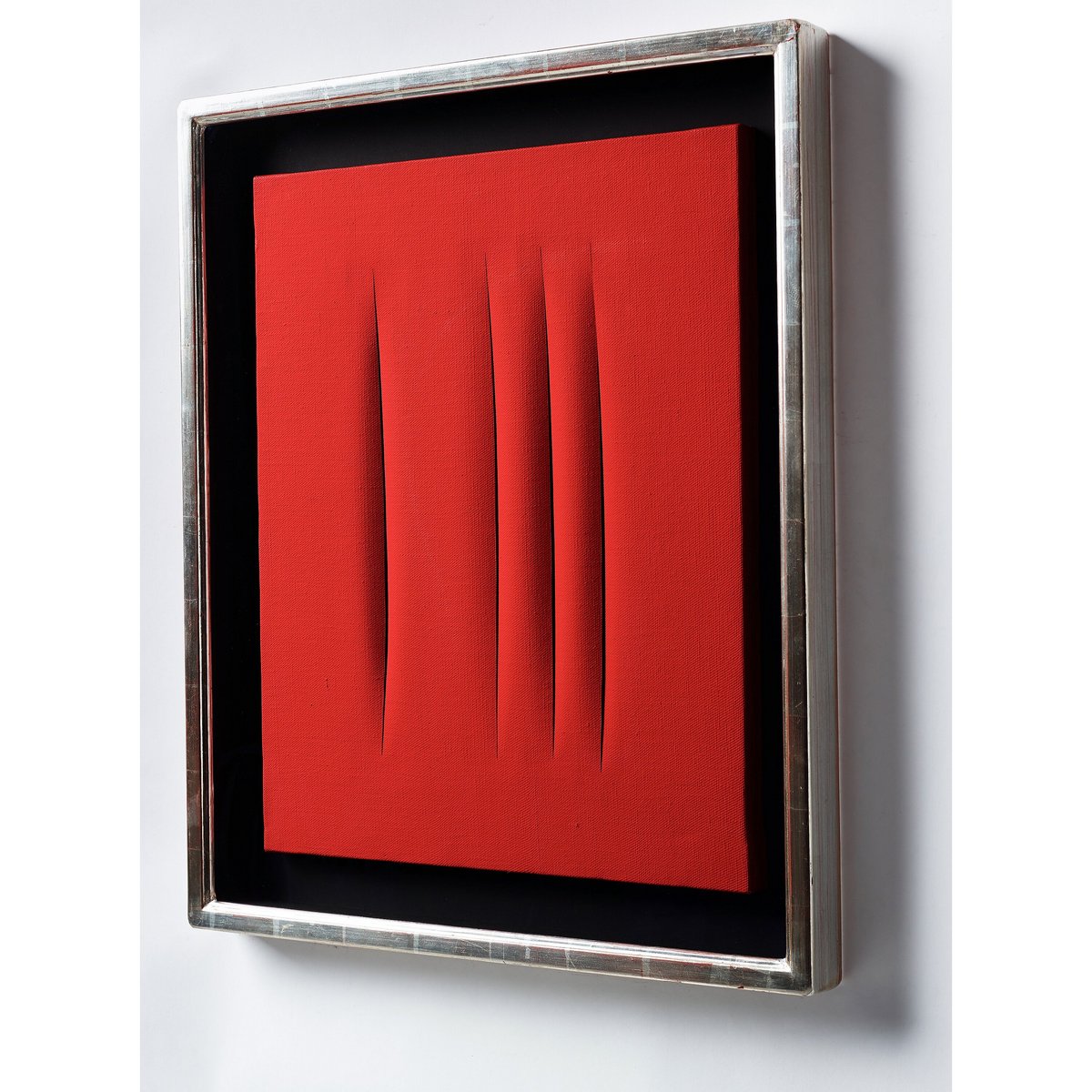 What are Altered Canvases?

"As a painter, while working on one of my perforated canvases, I do not want to make a painting; I want to open up space, create a new dimension for art, tie in at the cosmos as it endlessly expands beyond the confining plane of the picture. With my innovation of the hole pierced through the canvas in repetitive formations, I have not attempted to decorate a surface, but, on the contrary, I have tried to break its dimensional limitations." --Lucio Fontana

Lucio Fontana (1899-1968) was not alone in re-thinking the canvas. Since the 1950s, artists have used canvas or the traditional support of painting to question the properties and fundamentals of art and to extend its possibilities. What Fontana did to his canvases were experiments in erasing the border between painting and sculpture. He was so attuned to this that he dressed the back of the canvas with black gauze, in order to heighten the illusion of space and void beyond the cuts and holes.

While Lucio Fontana was known for perforating and slashing canvases, Stephen Parrino (1958–2005) twisted, crumpled, and contored his canvases in various ways to achieve multiple effects, even going as far as breaking the wooden skeleton of the support. Blinky Palermo (1944-1977) used pieces of often colored fabrics to create “Cloth Paintings” or "Farbic Paintings." Instead of painting, these were made by sewing together different colored pieces of cloth and stretching them on wooden stretchers. For Palermo, they expressed the “spiritual presence of color.”

Artists have routinely done away with the traditional quadrilateral shape of the canvas, the centuries-old window for the illusions of painting, to radically re-think the position of a painting's display, emphasize its three dimensionality, and go beyond its limits. And some artists have used the idea and appearance of the support for painting (canvas and wood) as the material for sculpture. Some still have replaced canvas altogether with materials like metal and plastic while retaining a strong relationship to that traditional material.