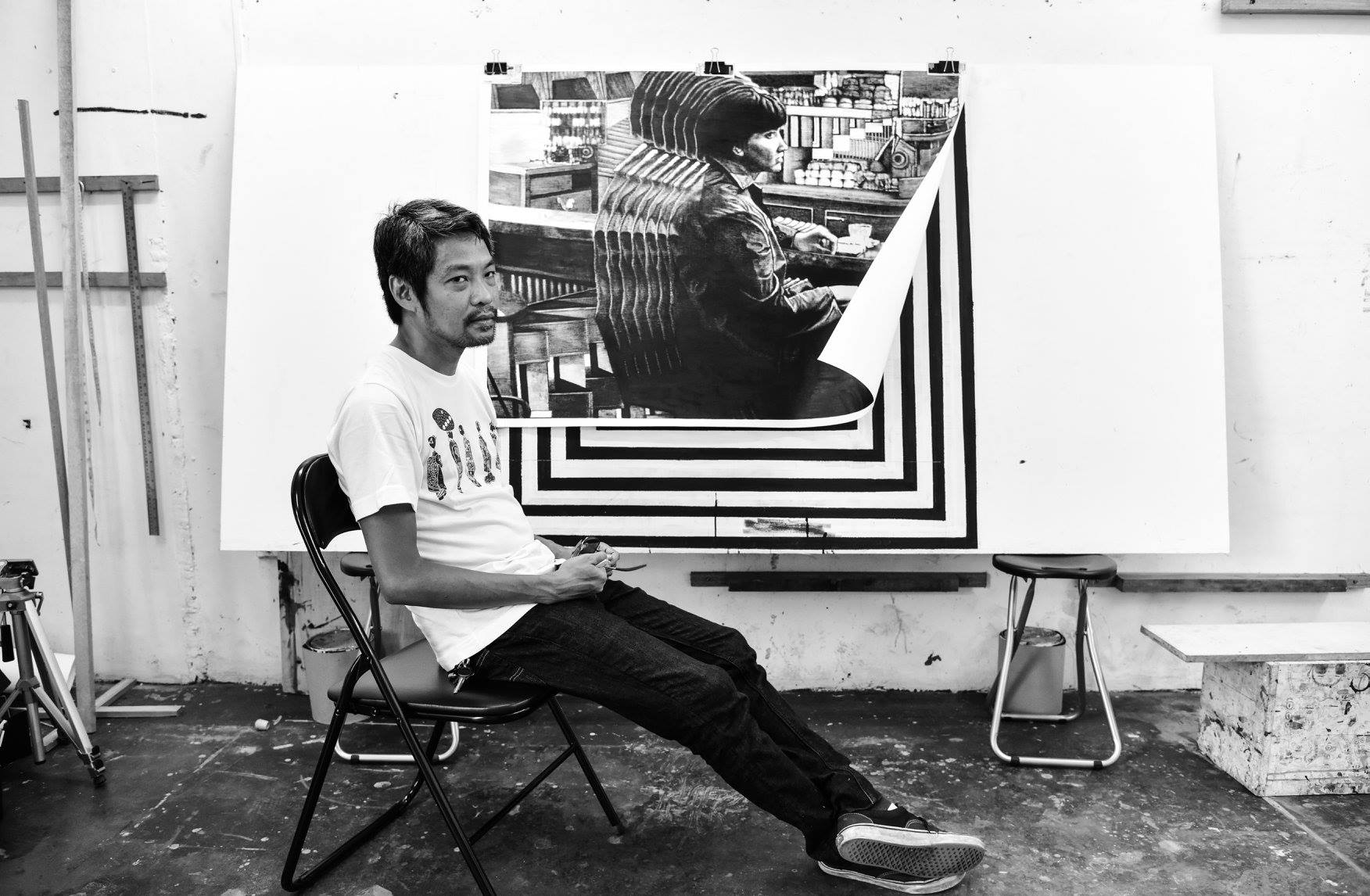 Balanon appropriates film stills from his favorite auteurs, no doubt partly as a kind of homage, but moreso as a new way of looking at scenes and then creating his own fictions. "Lonesome vehicles that were once a minor prop, become the centerpiece of the composition where light and shadow are bound to interact; the trails and tracks toward barnyards and cottages that are now deserted mark an inconspicuous passage that leads to an unknowable place..."

In Balanon's artworks, image making has mercurial nature, shifting between memory, reality, and fantasy, while at the same time, he attempts a form of truth seeking. In his series "Waking Babylon, Babylon Waking," Balanon states that "the old pictures were just a starting point. The key was to reintroduce the vital relationship between image and human experience -- I wanted to get inside these pictures...to embody their pent-up emtions, having the sensation of being in their shoes, to feel where life is...." In 2013's "Losing the Plot on the Grand Scheme of Things," he draws figures from cinema perilously close to losing their grip and falling, suggesting a collective insanity or failure. A video and drawing installation called "the Man Who" at Singapore Art Museum investigates the interconnectedness of his experiences as both artist and worker using Dziga Vertov’s “Man With a Movie Camera” and Joost Schmidt's iconic Bauhaus poster.

Victor Balanon (b. 1972) is a self-taught artist based in Quezon City, Philippines. He has participated and supported various local artist-run initiatives in the 90’s, particularly with the collective Surrounded By Water. Since then, he had been invited in various group shows both locally and abroad. He had his first solo exhibition in 2011 and had more than 10 exhibitions to date. His works have been featured at the Jakarta Biennale, the Jewish Museum, the Museum of Contemporary Art and Design, the University of the Philippines’ Vargas Museum and the Singapore Art Museum.