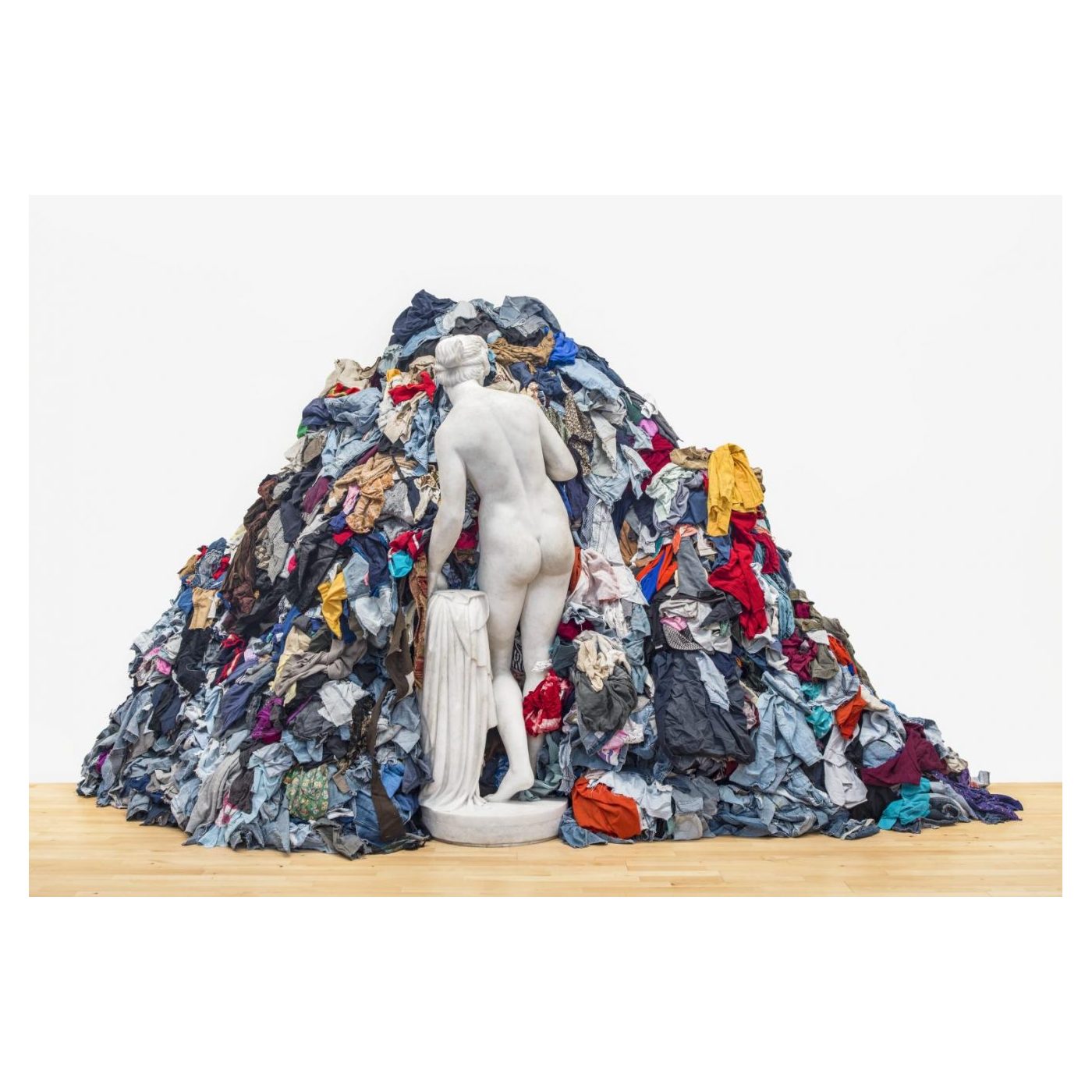 Venus of the Rags

This is Venus of the Rags by Michelangelo Pistoletto.

To the curious onlooker, this strange mix of classical sculpture and a mass of clothing may become the object of ridicule, perceived as a prank or, as its name suggests, trash.

Venus of the Rags, however, is an iconic work of art, probably the most recognized work of art of Arte Povera. Influenced by Giorgio Di Chirico, Lucio Fontana, Piero Manzoni, and Alberto Burri, Arte Povera was an avant garde movement in contemporary art that emerged in the late 1960s in Italy. Literally meaning ‘poor art’, artists of Arte Povera engaged with unorthodox, commonplace, natural, humble, or throwaway materials such as rags, soil, paper, rope, clothing, and the like. At its inception and its height, the artists of Arte Povera didn’t care for the art market.

Because of its interest in materiality and physicality and borrowed forms and materials from everyday life, Arte Povera is also most often associated with the artistic discipline called assemblage. This has been perceived in part as a reaction against the dominance of modern abstract art in the first half of the 20th century. Arte Povera’s assemblages were in direct opposition to established techniques and materials like paint on canvas and cast bronze and to notions of value and propriety in art, represented by unique, durable, and expensive objects displayed in galleries.

And in contrast to the enthusiasm for rationalism, technology, and mechanization in Pop and Minimalism, Arte Povera evoked the past, the organic, menial work and craft, or myth to deal with various themes that include nationality, immigration, changing environment, rising urbanization, and the loss of everything natural.