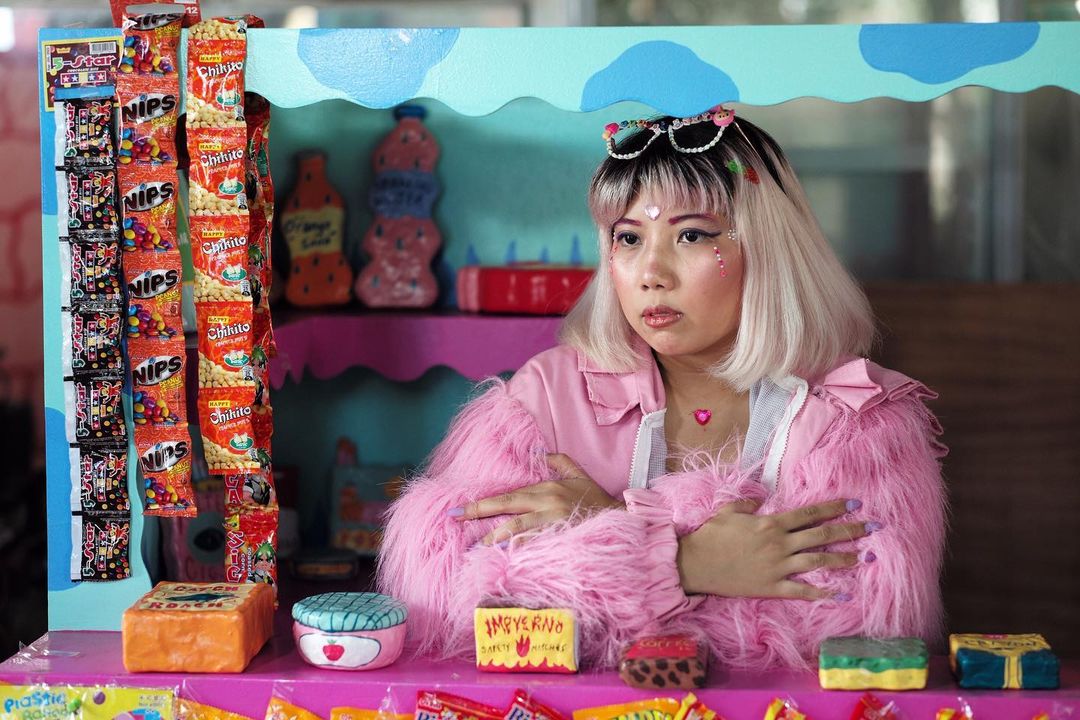 Exuberantly colorful and busy, Filipino artist Tyang Karyel’s work captures the frenetic energy of Pinoy pop culture and domestic cornucopia. In drawing up her works’ components, Karyel points to the inclusion of various mediums like resin, wood, and acrylic among others. With wild, sometimes hedonistic hodgepodge of Filipino pop culture sources, Karyel infuses cute with anarchic charm as she pokes fun and wit at the materialist fantasies fueled by modern advertisement.

Karyel reminds us of how banal the design and art of mass produced wares must have been for the first generation that experienced them. In her interpretation, we see and appreciate their aesthetic value as she bridges the gap between art and design, high and low culture, and mass production and individuality. She moves towards a seemingly definitive statement that lends a mock-academic tone to her work, like a philosophical treatise calling attention, perhaps, to the directionless nature of existence, despite the media’s relentless push for decisiveness and domination. While touching on personal nostalgia, Karyel dwells on the sentimentality, chaos, and trauma of humanity amidst the constantly exhausted state within which the consumer exists, and despite the labor-saving household devices, is also part of her overarching message.

Tyang Karyel is a Filipino contemporary artist whose work is often centered on woodcut works, resin sculptures, and installations. She is a member of a street art community called Cavity Collective. Karyel has had numerous solo shows and has participated in group shows as well in notable galleries across Metro Manila namely Vinyl on Vinyl, Secret Fresh Gallery, Village Art Gallery, Art In The Park, and Art Fair Philippines.