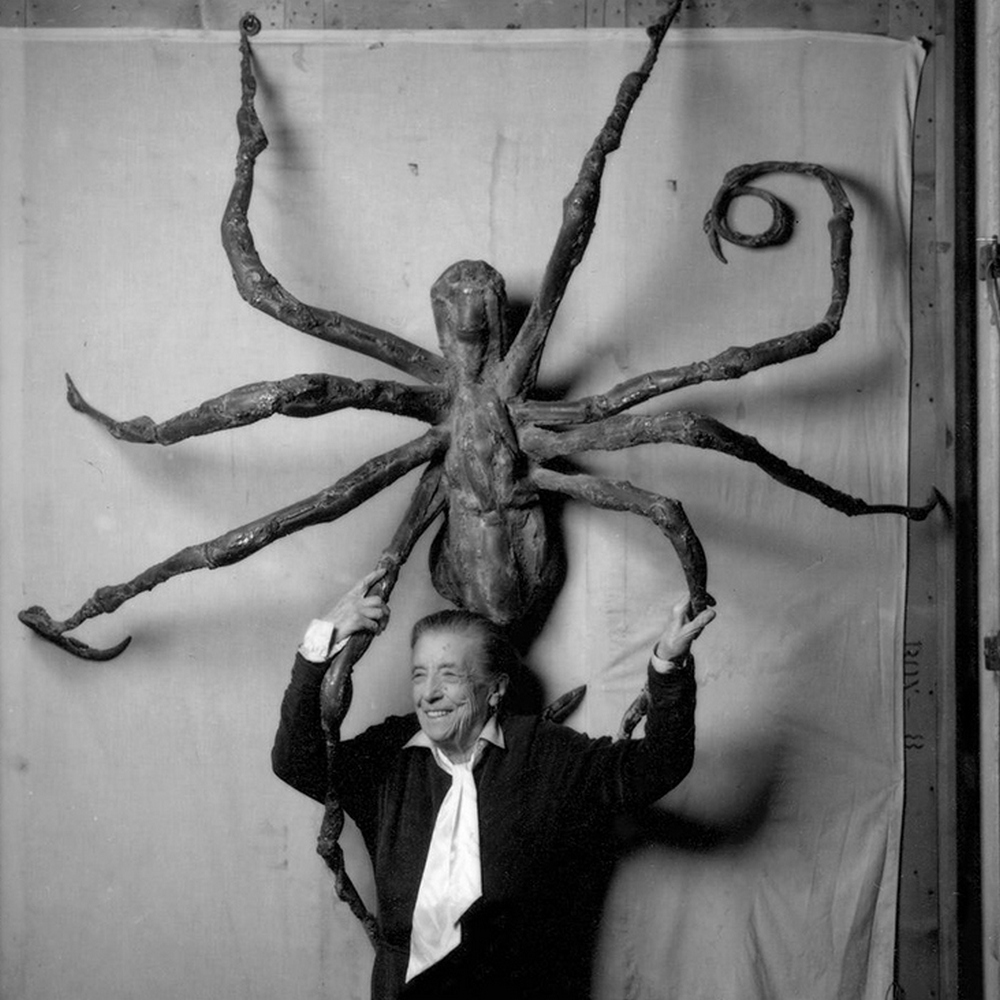 Three things artist Louise Bourgeois said that make sense when you consider her life and art.

“Every day you have to abandon your past or accept it, and then, if you cannot accept it, you become a sculptor.”

“The spider is a repairer. If you bash into the web of a spider, she doesn’t get mad. She weaves and repairs it.”

“You pile up associations the way you pile up bricks. Memory itself is a form of architecture.”

Louis Bourgeois (1911 - 2010) was a French artist who gained world-wide recognition late in life but is considered to be one of the most important artists of the 20th century. Like the great Frida Kahlo, her works are considered among the most famous made by a female artist.

Her work is said to be rooted in her traumatic childhood and her relationship with her parents. Her parents were weavers who ran a carpet repair workshop. The spider in her art is her mother, who was her best friend and whom she recalls as helpful and protective. She made several of these spiders.

Meanwhile, her relationship with her father by her account in word and in her art was very difficult. She considers the first sculptures she made were figures she formed from bread to distract her from her father's lecturing and degrading behavior. One of her most well-known sculptures is the "Destruction of the Father'' (1974), where the myth of Saturn is reversed and the children, instead, devour their father.

A series of artworks called "Cells'' are among her most innovative and sophisticated. They feature enclosures containing many different objects, including everyday objects and sculptures. Each cell is a psychological microcosm that evokes an atmosphere of emotional resonance and creates a charged barrier between the interior world of the artist and the exterior world.