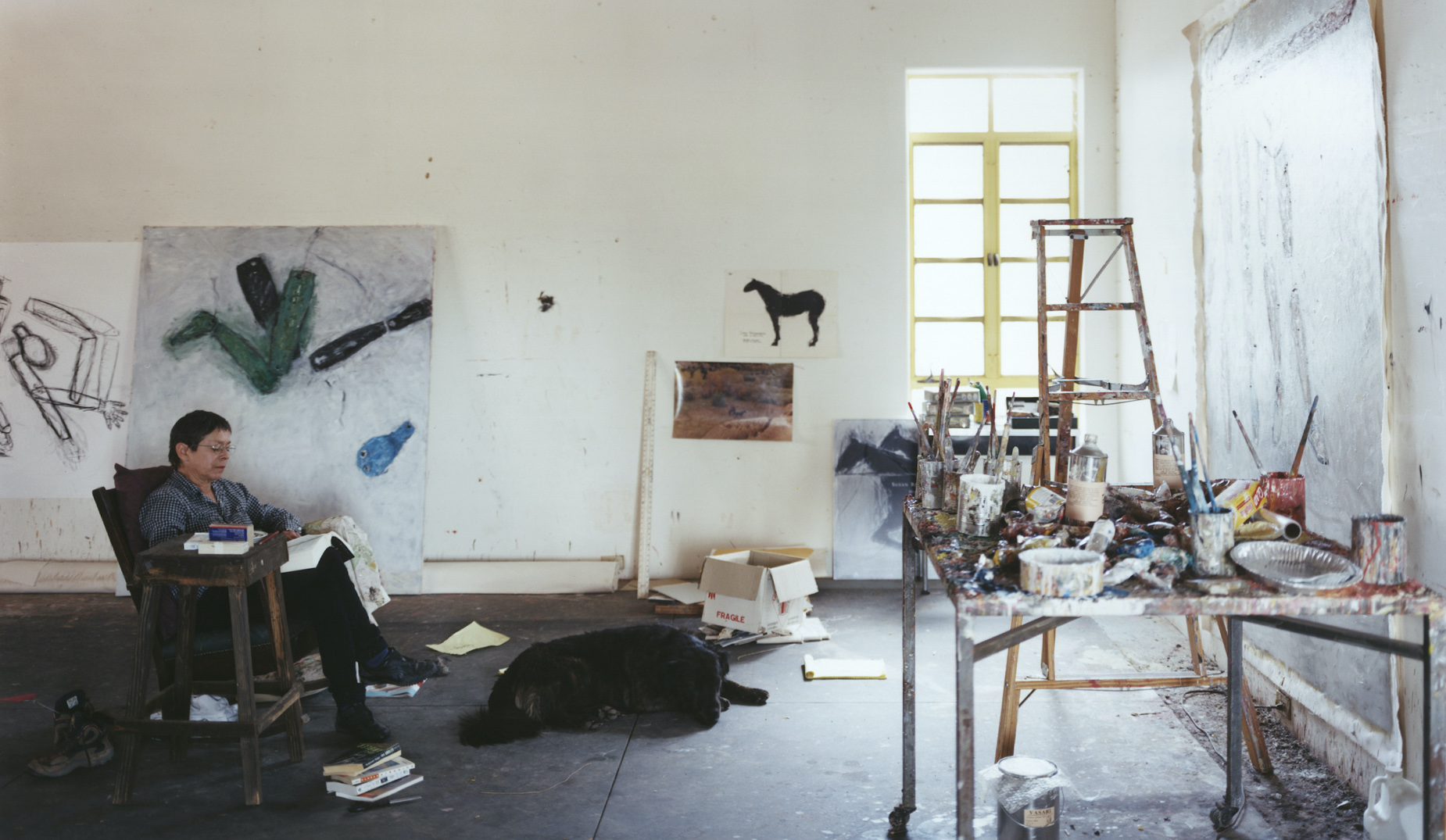 Susan Rothenberg’s frequently understated color palette and simple forms display something stark and unnerving. Through the vagueness and enigmatic silhouettes of her figures, Rothenberg was able to create memorable images that tease the brain and stimulate the eye. Her work features bare outlines of amorphous forms laid against large monochromatic backgrounds making the banal subject matter strikingly curious and beautiful.

During her lifetime, Rothenberg was known for her fearless embrace of figurative painting at the height of abstraction. She was also known for her iconic images of the horse which synthesized the opposing forces of abstraction and representation. The spareness of color and drawing and the compulsively worked quality of the surface make for one kind of intensity and the pictorial evocation of checked, dislocated, tortured mind and body states makes for another representation. Rothenberg’s trailblazing figurative style earned her placement in top exhibitions throughout her career. During the 80s, when Neo Expressionism was in vogue, there was a brief moment when her art synched up nicely with the trends of the day. But for the majority of her career, she remained refreshingly off-beat. “I had been doing abstract paintings, using a central dividing line so as to keep the painting on the surface and call attention to the canvas. The horse was just something that happened on both sides of my line. The image held the space and the line kept the picture flat”, said Rothenberg.

Rothenberg was among the artists chosen to represent the United States at the 1980 Venice Biennale, and she also appeared in the main exhibition of that biennale’s 2007 edition. She exhibited in three editions of the Whitney Biennale and one edition of the Documents quinquennial. Rothenberg presented 12 gallery shows at Sperone Westwater and at the Museum of Modern Art Fort Worth, Texas in 2009.

Susan Rothenberg was born in 1945, in Buffalo, New York. She graduated from Cornell University in Ithaca and later studied at the Corcoran School of Art in Washington DC but dropped out after two weeks and moved to New York in 1969. Rothenberg died in May 2020 at the age of 75.