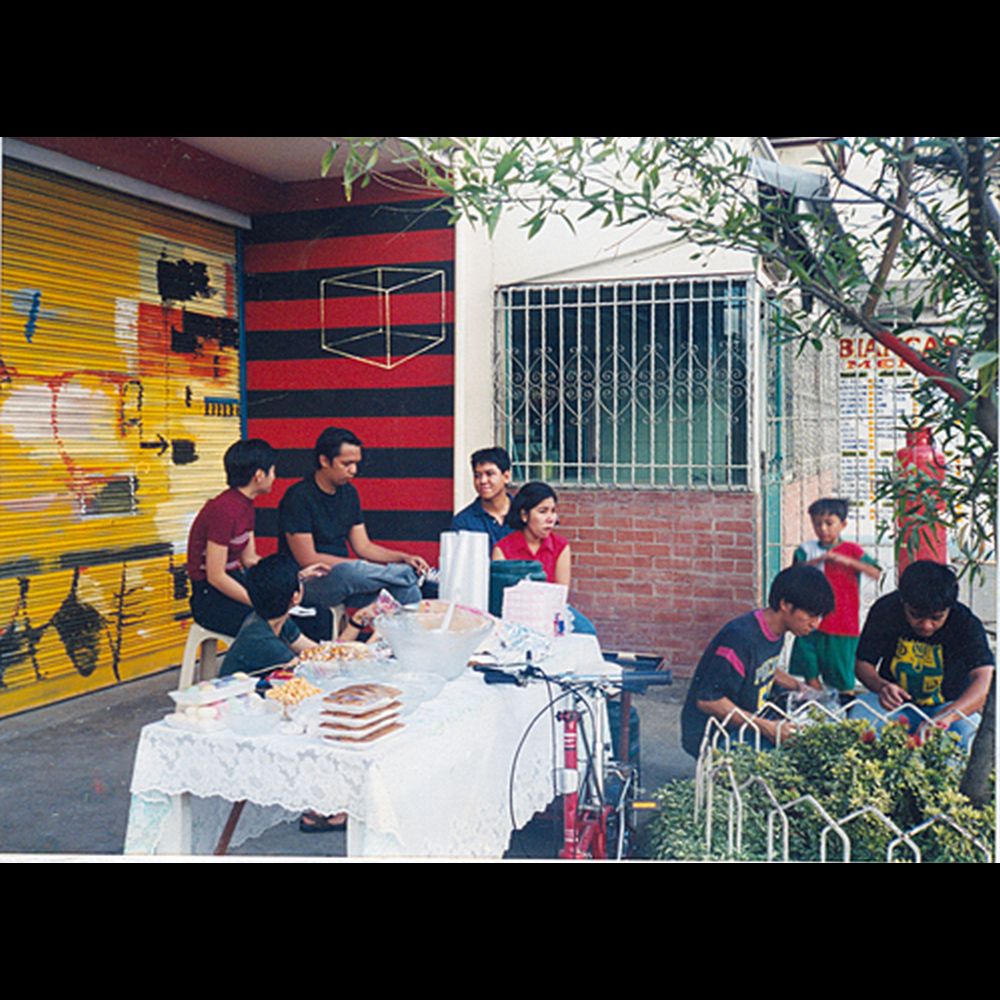 Surrounded by Water (SBW) was a pioneering Philippine artist-run independent space founded by Wire Tuazon and other artists in 1998. It was initially set up in Angono, but then relocated two years later to EDSA-Ortigas (next to the POEA building). It ran until 2003.

SBW was among the few vital centres for Filipino contemporary art from the late-90s to the mid-2000s. As a center for young artists, many of them students of Roberto Chabet, SBW allowed them to easily and routinely take risks and push the limits of the definition of art. This would not have been possible with commercial galleries and traditional institutions at that time. Many of them preferred to show traditional paintings and sculptures by established artists. SBW nurtured bolder and cooler experiments in painting and sculpture and became known as a space where conceptual art, installation, assemblage, video art, performance art, and sound art was welcome.

As SBW was not focused on gallery sales, artists had room to grow and experiment. It became the seedbed for charting new directions for contemporary art practice, many we see as trends and tropes today. It provided the nurturing ground for the practice of a significant number of artists who have since made their mark on the Philippine art scene. Among them are Jonathan Ching, Mariano Ching, Lena Cobangbang, Louie Cordero, Cristina Dy, Jayson Oliveria, Geraldine Javier, Keiye Miranda, Mike Munoz, Yasmin Sison, Argie Bandoy, Lyra Garcellano, and Victor Balanon.