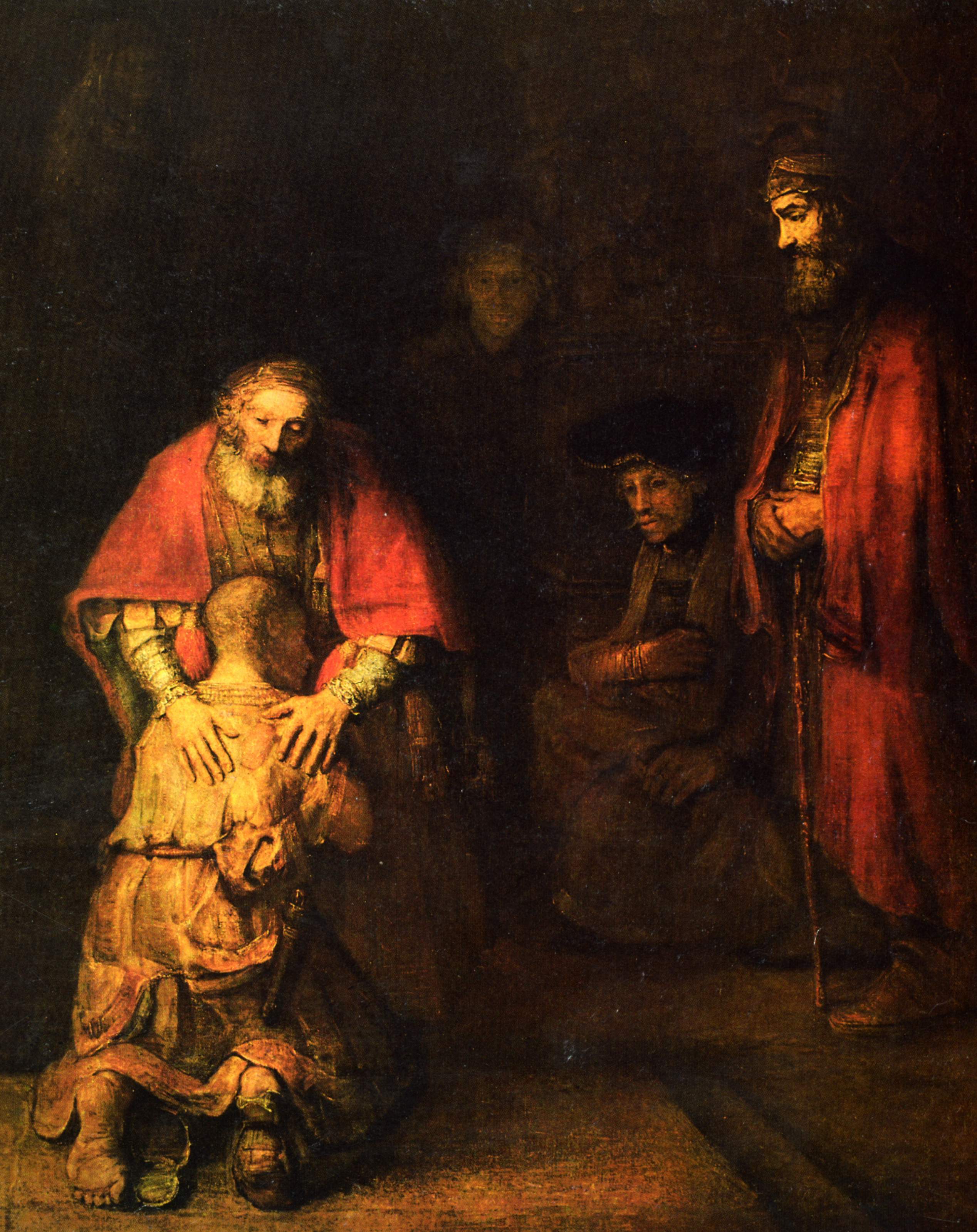 When art meets film: Solyaris and Rembrandt's The Return of the Prodigal Son

Great art resists simple comprehension. Such is the case with Solyaris or Solaris, a science fiction movie by Andrei Tarkovsky from 1972 that resists immediate understanding. One viewing will not be enough. Each time, it keeps giving.

Quiet, slow, and perplexing, Solyaris is story about a space station crew experiencing hallucinations brought on by the Solaris' radioactive ocean. But with mesmering cinematography and through auditory and visual clues, like Bach's music and the paintings of two Dutch masters, Tarkovsky presents jumbled up scenes that have more truth and mystery to offer than a popcorn sci-fi plot.

Near Solaris' end, Tarkovsky reveals one of those truths by paying homage to Rembrandt's "The Return of the Prodigal Son." In the scene, Kris Kelvin embraces his father at a cottage floating on the Solaris ocean. The embrace echoes the prodigal son in the Rembrandt painting, showing that this broken relationship quietly plays behind the flashbacks and hallucinatory deliriums on the space station. Our broken connections with our parents or a parent is a universal force and ripples throughout each of our lives.