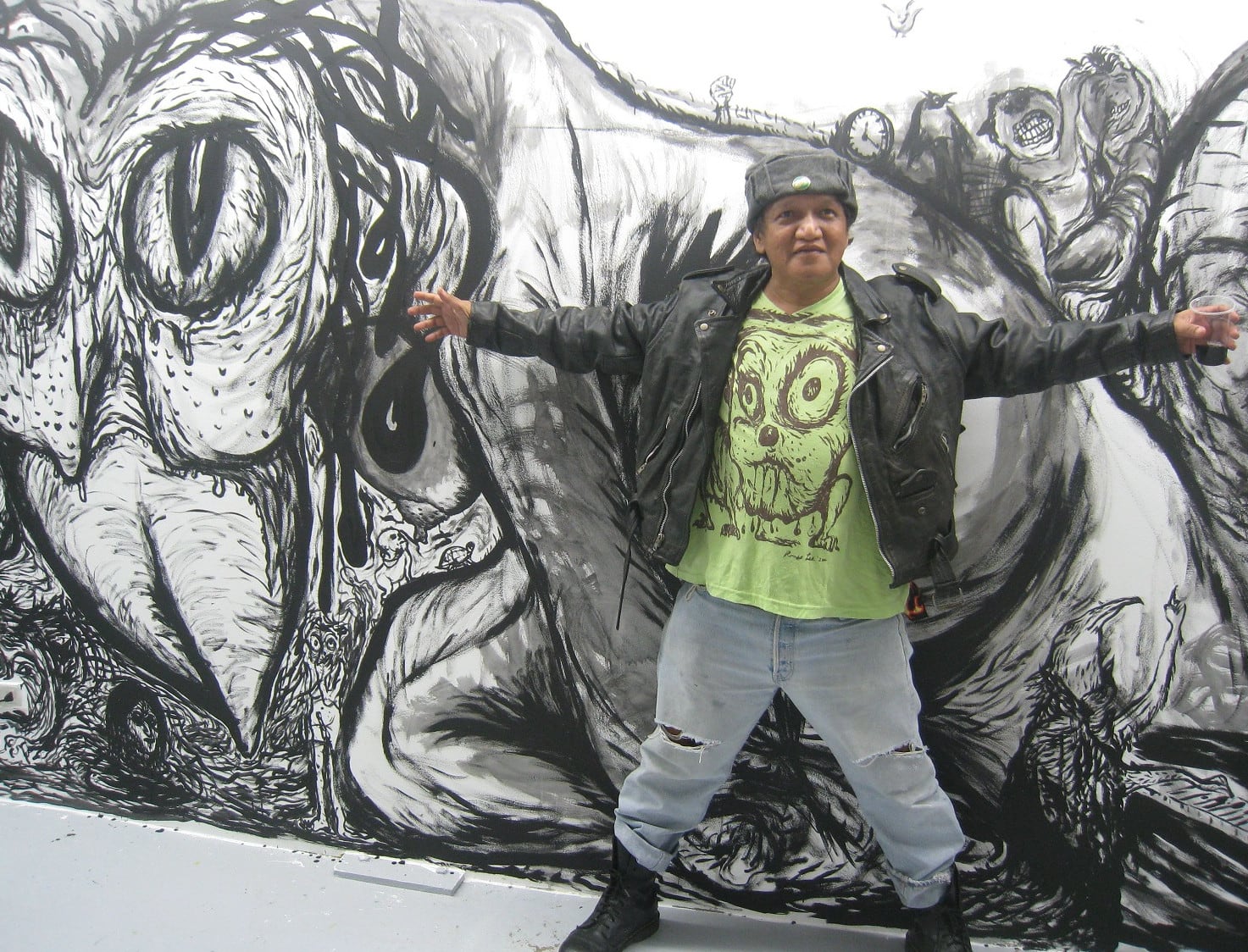 In time for Halloween, let's shift our focus to a Filipino artist who doesn't get enough credit as the preeminent painter of a unique combination of the macabre and the loony, one with an imagination reared by local scares. We're talking about Romeo Lee.

Chopped-off heads, prisoners of hell, ghouls, owl beasts, gruesome women, sharp-toothed vaginas and other monstrous orifices, impish denizens of the earth -- many of Lee's paintings are doorways, openings into a nether world of folkloric fears and trippy fantasies. It's a world where stolen babies are taken to and married off to goblin kings, where men are emasculated by fat-assed spectral hags.

Lee loves to sing to his audience. First, it was the Troggs’ Wild Thing, now it's Bowie's Heroes. Isn't fitting then that David Bowie played a goblin king himself? It isn't far-fetched to connect the dancing first punk of the Philippines to a spinner of hair-raising, spine-tingling tales. Afterall in some of his paintings, there's a sound system, boom box, or speaker. It’s a kind of signature for Lee the pied piper; an albularyo, Lola Basyang, and rakista rolled into one, leading us while a tune plays off to a land of perpetual twilight.

Romeo Lee is a legendary Filipino contemporary artist who is also known as a music connoisseur, performer, concert promoter, mountaineer, assistant PE teacher, and an all around punk. Lee has been a leading and vibrant fixture of the Philippine art scene for the last 20 years. He has had numerous solo exhibitions in the Philippines and abroad. He was also considered to be one of the faces of the Bastards of Misrepresentation, a group of contemporary artists whose shows were curated by the renowned Manuel Ocampo.