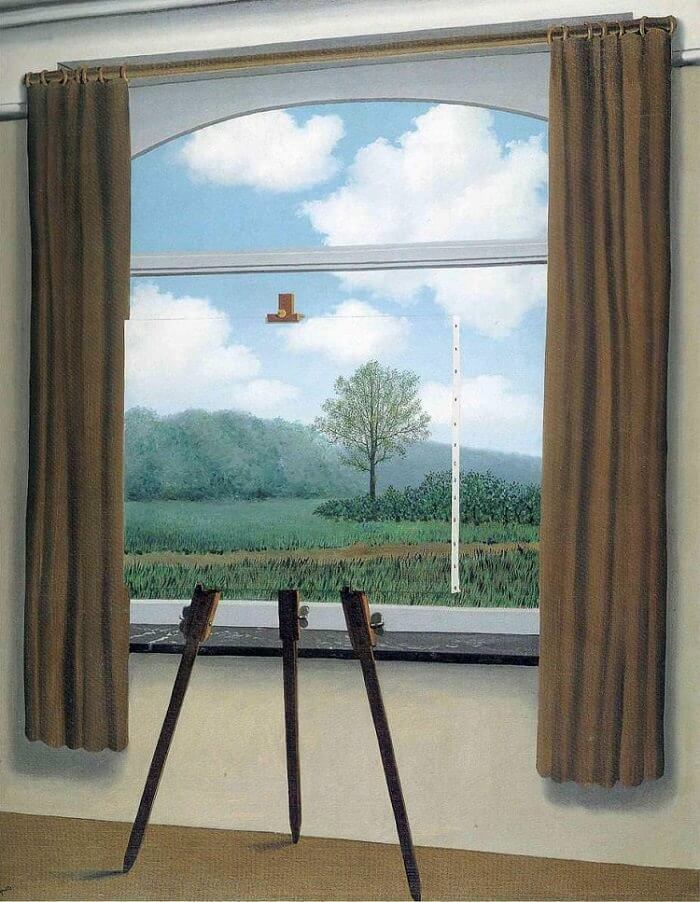 Among the Surrealists, Rene Magritte stands out as the one who contradicted that idea of the unrepeatable moment of shock (where unremarkable ordinary things would be reinfused with wonder and revelatory power) and for whom the double as at the heart of his paintings.

Even before other Surrealists dabbled into commercial art; jewelry design, store displays, and Hollywood set design, he created many versions of his paintings, even plagiarizing one for the publishing campaign of an airlines company. Magritte was an advertising man, whose paintings were stimulated by the state of mass culture, one where multiple copies were peddled by advertising to fulfill the desire for unique objects. More importantly, the practice of using of copies was prevalent within the paintings themselves, even before Andy Warhol's many Campbell soup cans.

"A day will come when, by means of similitude relayed indefinitely along the length of a series, the image itself, along with the name it bears, will lose its identity. Campbell, Campbell, Campbell, Campbell" For his many interpreters including Foucault, Magritte's practice of the double demonstrated the idea of the simulacrum, a hall of mirrors, a state of multiples without originals, where there is no way to differentiate copy from original. In his painting, the Human Condition, there is a landscape against which a painting of the same landscape is superimposed. With our mass media infused eyes, we recognize that the landscape or master image is itself a representation, a double. This eruption of the double in the midst of life, is a character that is suffused throughout Magritte's imagery, so we believe him when he says, "This is not a pipe (Ceci n'est pas une pipe)."