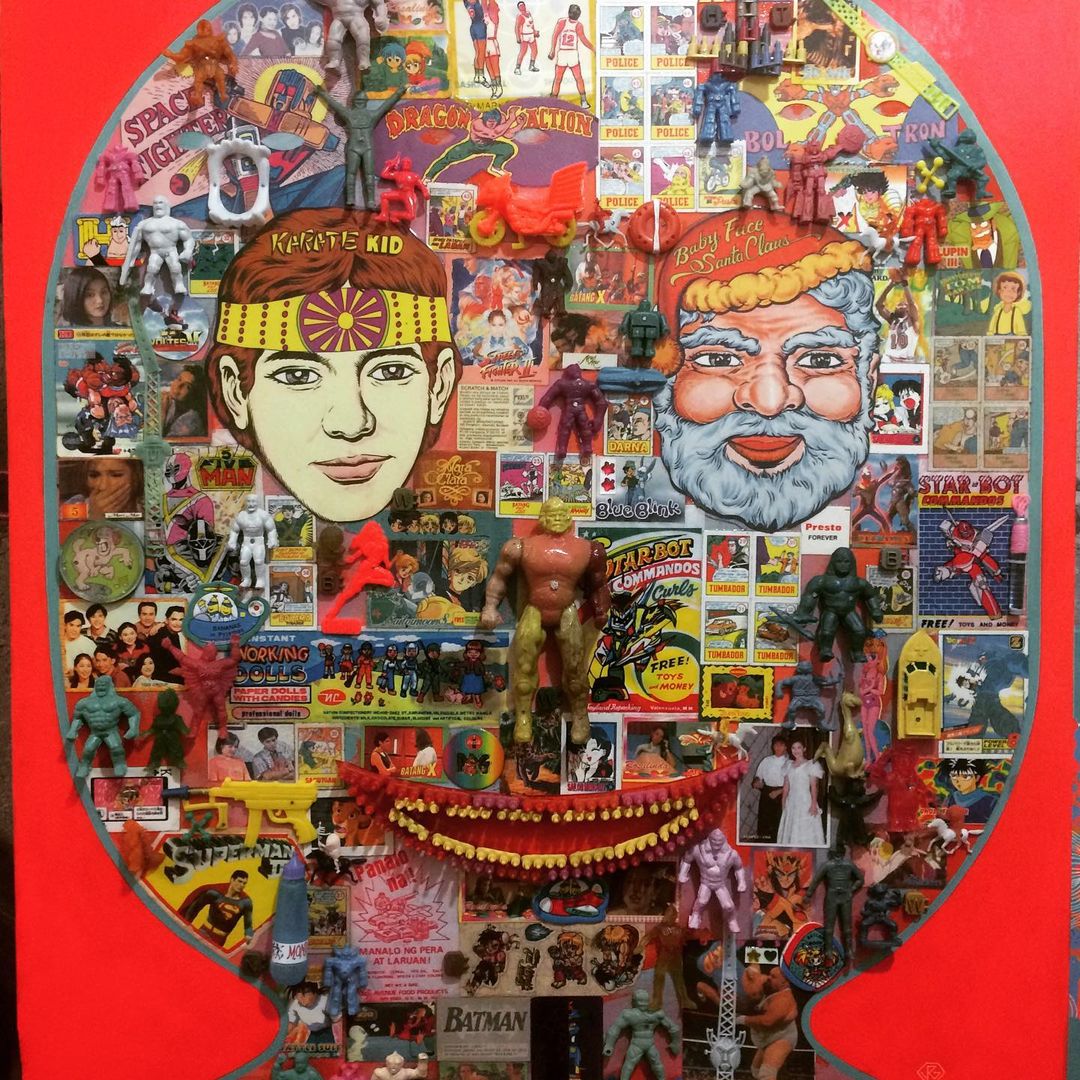 One of the most remarkable things most Filipino kids remember while growing up in the 80s and 90s is playing in the streets while waiting for the electricity to go back on. And in these sun-soaked moments, kids would relish the victories in outdoor games like “patintero”, “tumbang preso”, and “langit-lupa”. Apart from these activities, kids would also play with Milk Caps or Pog, Teks, jackstones, Chinese garter, G.I. Joe plastic figurines or simply enjoy music from their Walkmans and cassette players.

For Filipino artist Raymond Guevarra, toys and games from this era will never be forgotten. And truly so, Guevarra immortalizes them in his artworks. After all, other than being good company, toys have provided us with emotional support. Guevarra or Gev evokes the urban vinyl style where one could be reminded of Michael Lau the “The Godfather of Designer Toys'' or even Kaws whose iconic “Companion” is considered an art pop culture staple. While Gev continues to develop his own artistic style in sculptures, it is apparent in his mechanical mixed media artworks that the preservation of Filipino 90s toys as well as Western-influenced knickknacks trigger nostalgia from a pre-smart technology generation. Additionally, Guevarra combines cutouts of famous Filipino celebrities and other telenovela characters from the 80s and 90s television age as if to remind us that they were a part of our daily life--even if just in the background. Each artwork is a modular time capsule, a microcosm of pop culture of a time in the shape of grimacing boxes, hollow robotic bodies, and monstrous heads.

Raymond Guevarra is a Valenzuela-based visual artist who specializes in sculpture and mechanical mixed media. He has won numerous awards from prestigious art competitions like Shell NCAS and Metrobank. He was also shortlisted in the Philippine Art Awards. Guevarra has been participating in various exhibits across notable galleries like Modeka and Space Encounters in the Philippines. He is currently part of Vintana’s Christmas exhibition called “Spirits of Unsung Christmas Carols”.