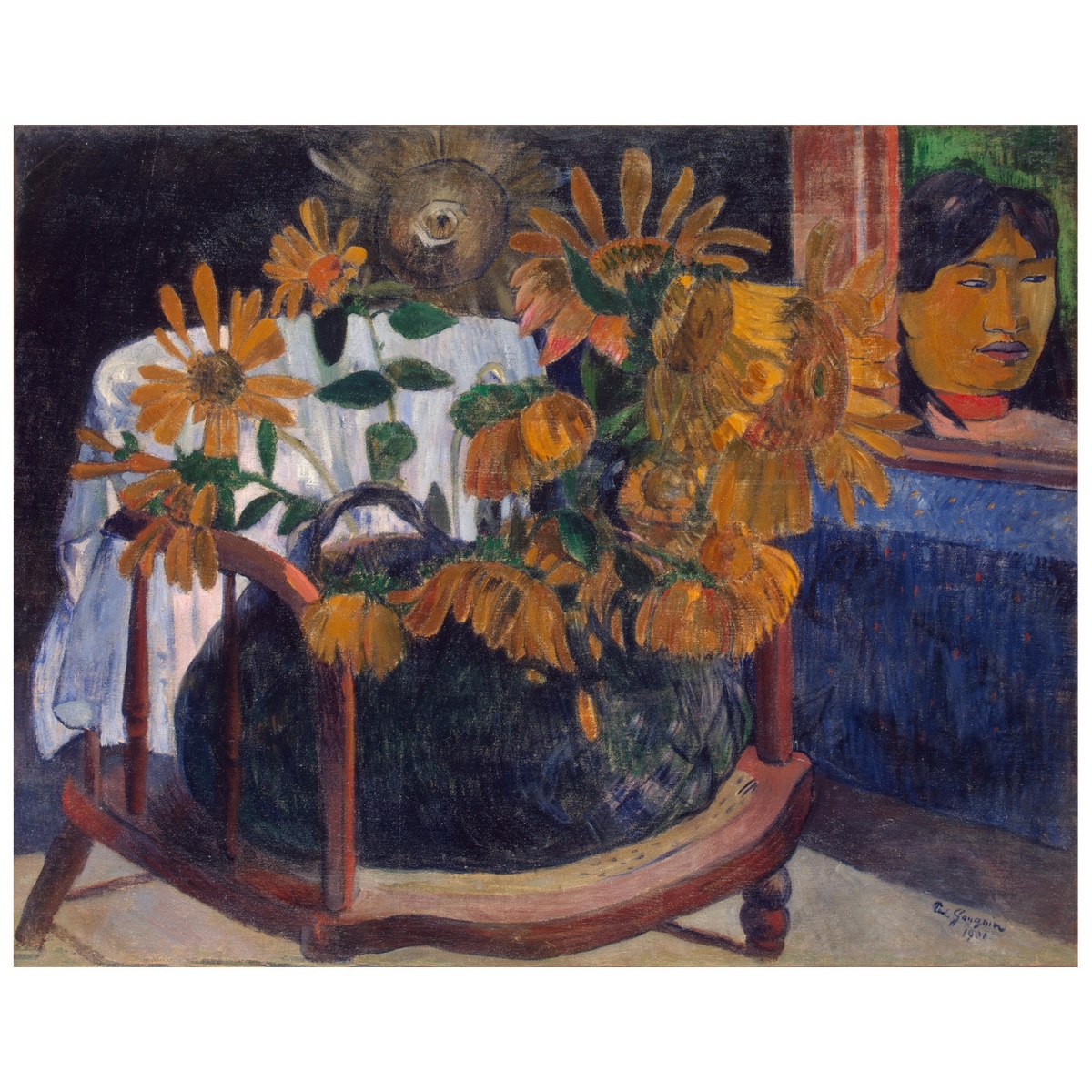 "Everything is putrefied, even men, even the arts." -Paul Gauguin

Have you felt a similar frustration towards the art of your time?

The statement by Paul Gauguin, the French painter famed for his paintings of Tahitian women, is a rejection of European art of his time, as exemplified by the academies and salons of art living under the shadow of giants like Nicolas Poussin, Jacque-Louis David, Dominique Ingres, and Eugene Delacroix. Gauguin went on a voyage to find art far from the repressive greatness of 19th century European civilization.

PRIMITIVISM, as historians have called it, Gauguin being its foremost figure, was a struggle for art unblemished by European conventions, a search for exotic worlds, where self and style might be refashioned dramatically. It was a proposition for a new purity in art set against the backdrop of European art and the Industrial age -- a return to origin, an escape to nature, and a liberation of instinct.

It inspired the idea of the modern artist looking at Japanese prints, African masks, Iberian sculptures, tribal art forms, and the like for answers. Matisse and Picasso, for instance, drew on these inspirations to change painting in profound structural ways.

But the art of Gauguin was a paradox, even as it was integral to the rise of Modern art. This time warp toward the primitive was really a fantasy-construction, born of European imperialism, made up of the products of European conquest, tribal objects housed in its great museological edifices. For instance, Gauguin was inspired to go to Tahiti by the "native villages" displays at the 1889 Universal Exhibition in Paris.

And for all its rhetoric of purity, primitivism was largely often kitsch and cliche. And Gauguin’s paintings were pastiche, a mix of styles and motifs from various cultures -- -- a quality that makes Gauguin our contemporary. As for Tahiti, most of what came to be was already present before coming to the islands. The color of Japanese prints, the contours from Breton stone sculptures, and the courtly art of Peru, Cambodia, Java, and Egypt he had already combined into strange ensembles.