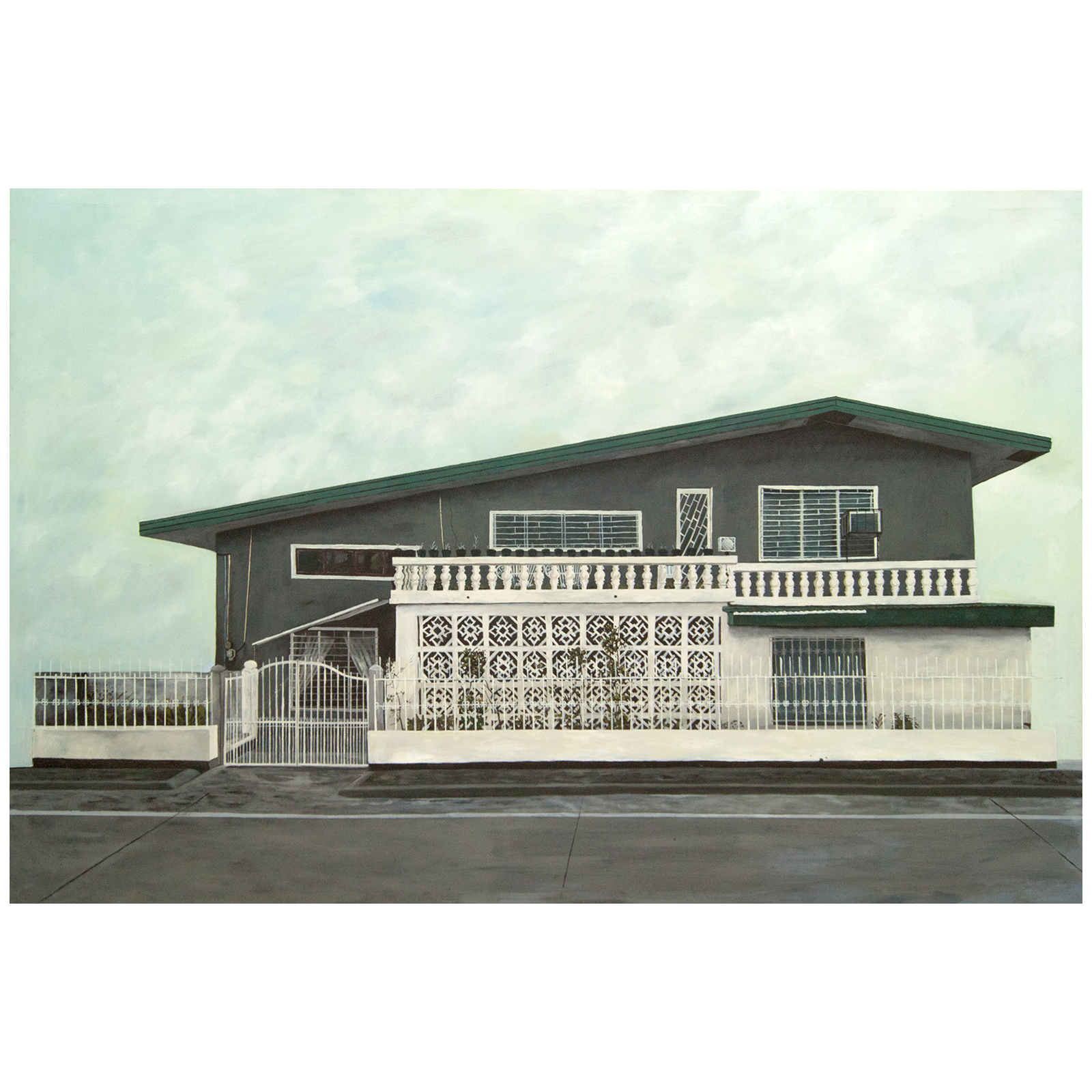 Filipino artist Pope Bacay excavates his personal history for images of home and vistas seen in transit to and from these places. He reimagines these images as paintings of assembled bits and pieces of architecture called ‘structures’ and melted landscapes called ‘gesturals’. In both cases, the idea of place is repositioned as something “free from its geographical and physical groundings.”

Paintings categorized as structures are dense with architectural forms such as galvanized roofs, slatted windows, ornate tiles, iron grill work, concrete walls, and so on with many referring to houses lived in over the years. These inventories of the facades of millions of Philippine domestic buildings are reassembled into patchworks of patterns that conform to several new configurations. At times, individual forms are isolated too. A window or a prefabricated balustrade, for instance, covers the surface of a painting. Each approach, patchwork and isolated form, is a connection to home or the familiar, a structure from memories. Each one is a “sight that feels strangely familiar, one that has taken root as if we had hailed it from our own memories.”

Bacay’s gesturals are patchworks as well. But instead of the careful examination of forms, they are recreated from the influx of views seen sitting by windows in daily commutes or long travels. This flicker is revealed in the spontaneous and light brushwork applied, a rhythmic pulse of recollection and disconnection with actual places. Liquified buildings, painterly hints of a topography, and a yellow ochre expanse are clues of a countryside. Fields, hills, and houses melt into one another. They never really solidify, except as stark edges that outline colors or as clumsy contours that run across - the result of a rapid guesswork and painting’s ability to fill in what may be missing.