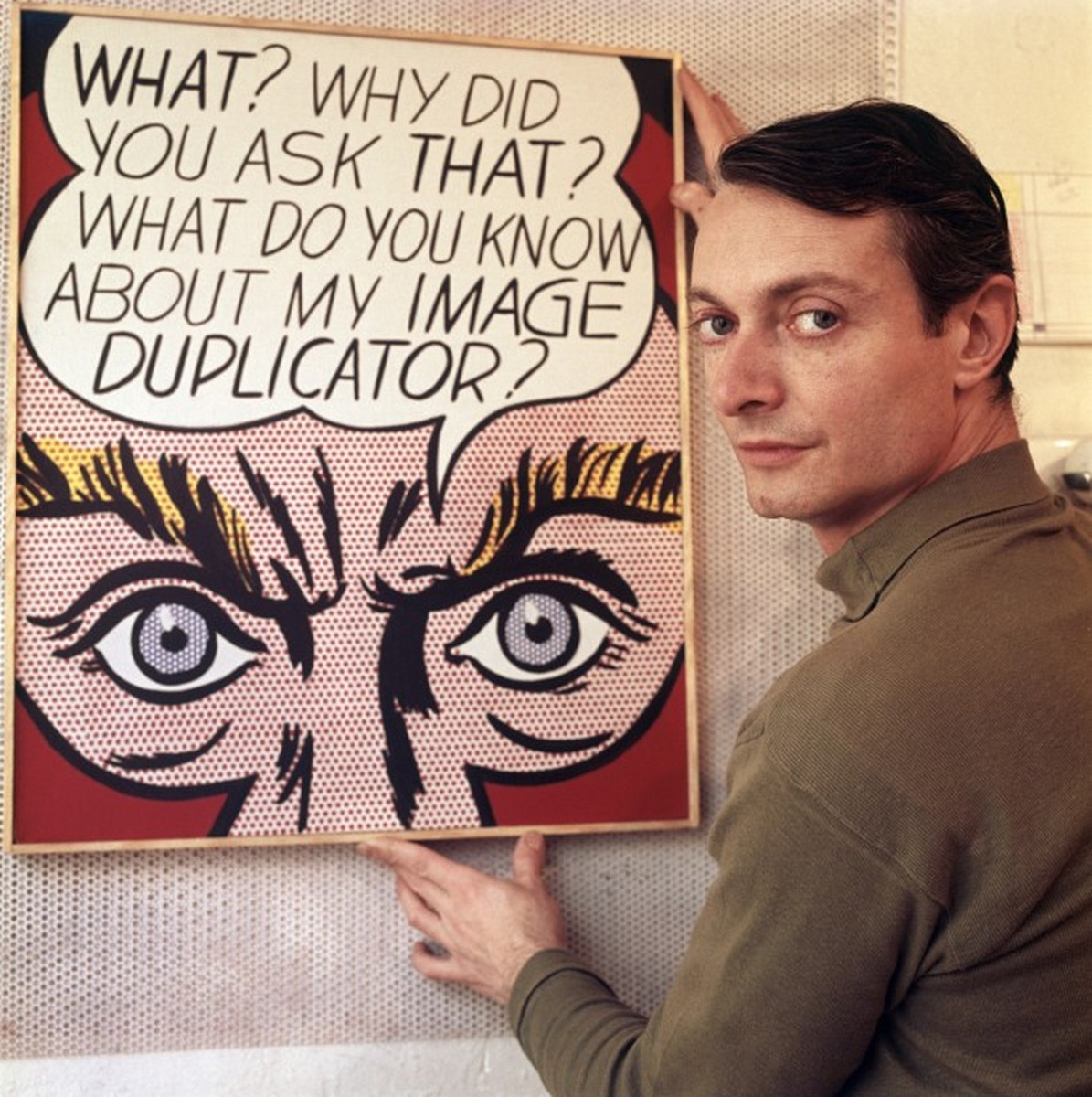 In 1960, Roy Lichtensten and Andy Warhol began to recreate tabloid cartoons and advertisements as art. Quickly dubbed "Pop." It was derided by mainstream critics as banal especially when compared to the emotive depths of Abstract Expressionism, the celebrated and critcally-acclaimed paintings of that time. And even tough modern artists had long sourced mass culture like posters and newspapers to reinvigorate the high forms of art, Pop art was perceived as a threat, one that would overrun fine art with mass commercial design.

Lichtenstein, in particular, was singled out for his lack of originality or outright plagiarism. Yes, Lichtenstein did copy, but he did so in complicated fashion, starting by selecting a powerful image from a comic strip, sketching it, and then projecting his hand-drawn version with an opaque projector unto a canvas. He would then trace that image, fill the canvas with stenciled dots and primary colors, and finally cover outlines in thick contours.

In other words, his paintings may have looked industrially readymade with minimal creative intervention. But they were "actually a layering of mechanical reproduction (the comic), handwork (the drawing), mechanical reproduction again (the projector), and handwork again (the tracing and the painting), to the point where distinctions between hand and machine are difficult to recover."

His paintings were effectively a "conundrum of the painterly and the photographic," something that was a prime characteristic of Pop and became a through line of artists like Warhol, Richard Hamilton, James Rosenquist, Ed Ruscha, Gerard Richter, Sigmar Polke, and those that followed in their stride.