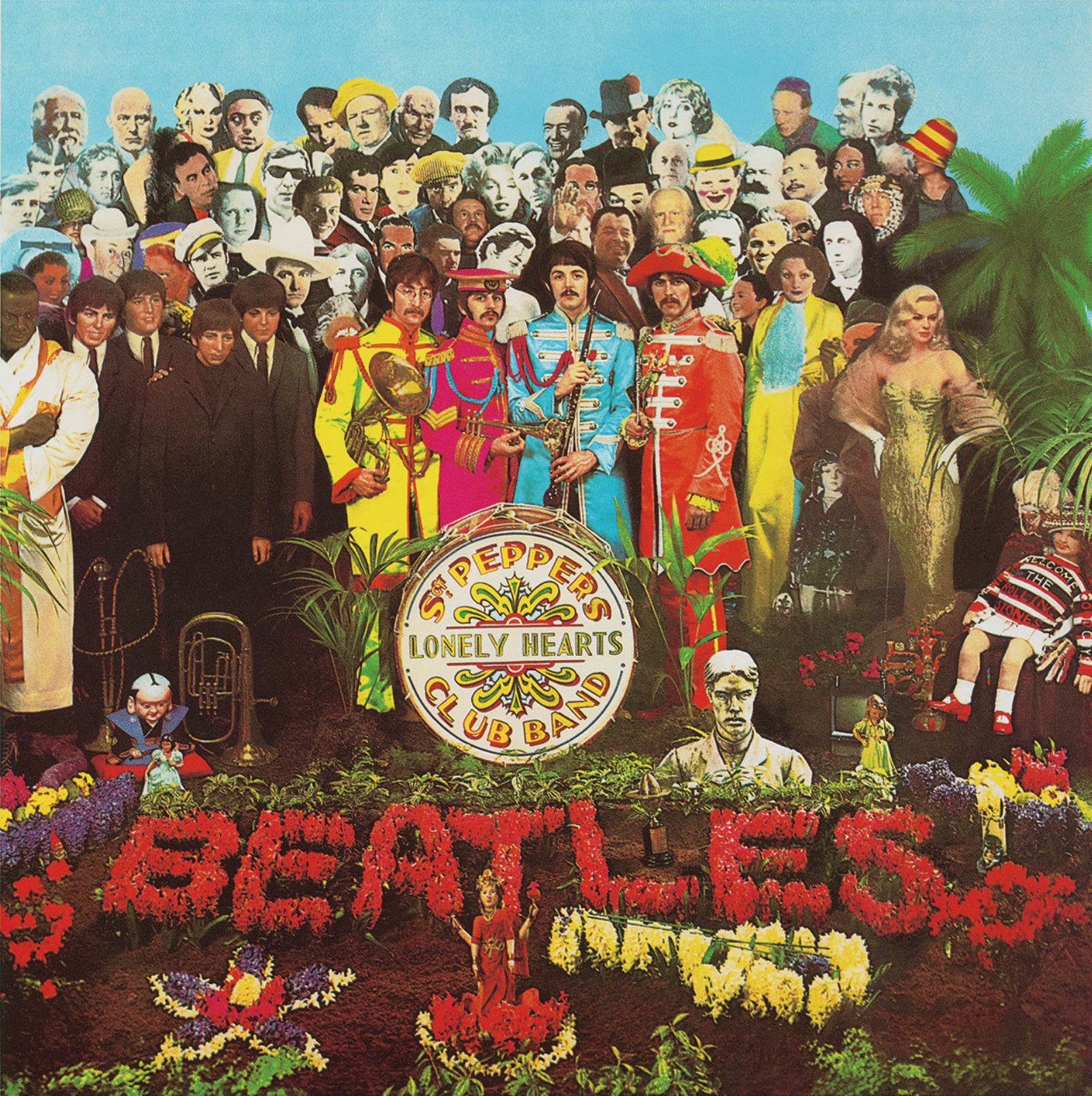 The wonderful swirl of visuals ranging from the most distinguished personalities and familiar cut-out treasures are all courtesy of Pop artist Peter Blake. The Beatles’ iconic Sgt. Pepper’s Lonely Hearts Club Band album cover art (1967) is Blake’s most well-known work among many others. This particular cover art has been lauded for its lasting cultural impact as it shows how the Beatles, who evolved from bouncy-banged teeny bopper stars to countercultural figureheads in the span of just a few years. The album’s musical density and its collage-crafted cover is well-documented by Blake in collaboration with his wife, American Pop artist Jann Haworth. The image focuses on the Beatles in the center surrounded by a cast of cultural heavies including Aleister Crowley, Lenny Bruce, Karlheinz Stockhausen, Carl Jung, Bob Dyla, Wallace Burman, Fred Astaire, Dylan Thomas, and many more.

Drawing from various styles, Blake also made notable album cover art such as Paul Weller’s “Stanley Road”, Eric Clapton’s “Me and Mr. Johnson”, Band Aid’s single “Do They Know It’s Christmas?”, Brian Wilson’s seventh solo album “Gettin’ In Over My Head”, The Who’s “Who” and “Face Dances” where he commissioned paintings of the band by fellow British artists including David Hockney, Richard Hamilton, and Tom Phillips, and Oasis’ greatest hits album “Stop the Clocks”. Other acts with records bearing Blake’s art include Pentangle, Madness, Landscape, etc.

Sir Peter Blake is a leading figure in the art world and is often referred to as the Godfather of British Pop Art. He is best known for co-creating the sleeve design for the Beatles’ album Sgt. Pepper’s Lonely Hearts Club Band. His paintings are centered on his love affair with music and pop culture which are infused in his collages. He was knighted in 2002 a Buckingham Palace for his services to art.