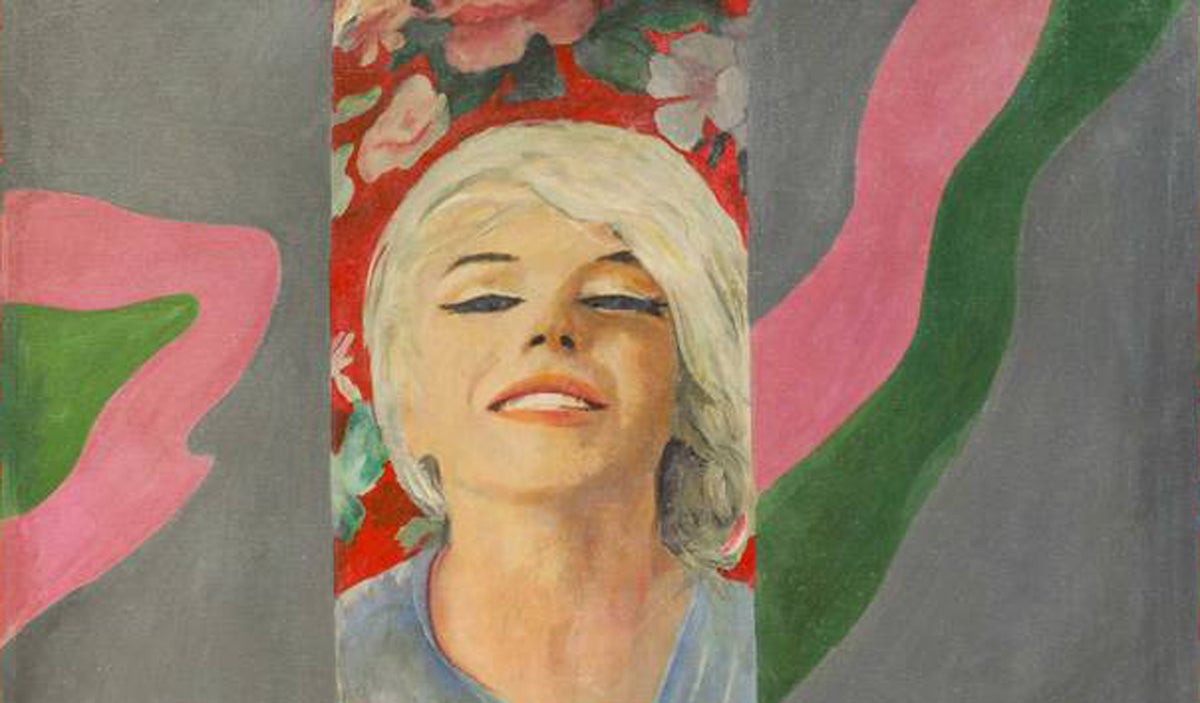 She’s considered the First Lady of Pop Art. With her rebellious feminist approach to paintings and collages and freewheeling lifestyle, British painter Pauline Boty personified the cultural scene known as Swinging London and was the forefront of British art. It’s only decades after her untimely death (1938-1966) that Boty is finally beginning to gain the recognition she deserves.

Boty was one of the founders and the only female painter in the movement that is the British Pop Art. Her work provided a counterpoint to the work of her male contemporaries as she embraced her sexuality and subjective experiences as a woman. During her time, however, as an attractive woman who also dabbled in acting, modeling, and dancing, her art was often dismissed and mainstream art history brushed her off.

But her art remained a high priority for her and produced a prolific amount of work which often combined bright geometric backgrounds with collage sections and elements of pop culture that were rendered in paint. In 1961, her work was exhibited alongside Peter Blake, Eduardo Paolozzi, and Richard Hamilton and like them, collage was the cornerstone of her practice.

Among her many paintings and collages, we love her oil painting entitled “Bum”, which is known to be her last painting before she died. With its laugh-out-loud surprise, the cartoon-like traditional theatrical proscenium arch whose space is literally filled with a giant fleshy naked female bottom literally bares its rear end at convention. A gesture meant to confront the male-dominated Pop Art scene.

Pauline Boty was born in suburban south London on March 6, 1938. She studied at the School of Stained Glass at the Royal College of Art from 1958-1961. She originally wanted to study at the School of Painting but was dissuaded from applying as admission rates for women at the time were much lower in that department. Boty continued to paint on her own in her student flat and in 1959 she had three works selected for the Young Contemporaries exhibition. It was during this period when she became friends with other emerging Pop artists like David Hockney, Derek Boshier, Peter Philipps, etc. Boty’s unique position as Britain’s only female Pop artist gave her the chance to redress sexism by celebrating female sexuality from a woman’s point of view through her sensual and erotic paintings. After her death, her works were stored away for nearly 30 years but were rediscovered in the 1990s. They were included in several group exhibitions and a major solo retrospective.