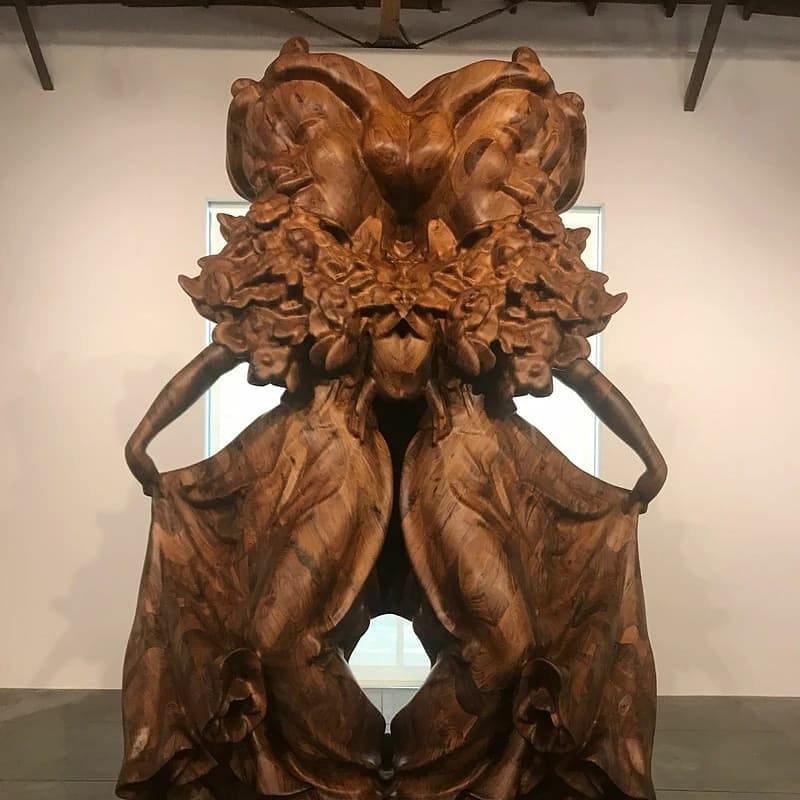 At a glance, these massive wooden sculptures of Paul McCarthy approach what many would consider good taste, even elegance. They seem far from the gut-wrenching and depraved visions McCarthy orchestrates. But upon inspection, frozen deformed faces, unnatural fusing of bodies, and scandalous acts involving fairy tale figures become clearer. Called White Snow (WS) Spinoffs, these sculptures are a stage in the evolution of a disturbing reinterpretation of the story of Snow White, first presented as a multimedia experience in 2013.

Why? Because it's an innate part of us, apparently, one that needs a release. What McCarthy's accomplishes "goes entirely along the lines of paths charted long ago in our culture, but blocked in modern times under this kind of idea of good taste. And Paul bravely and insouciantly abolishes good taste."