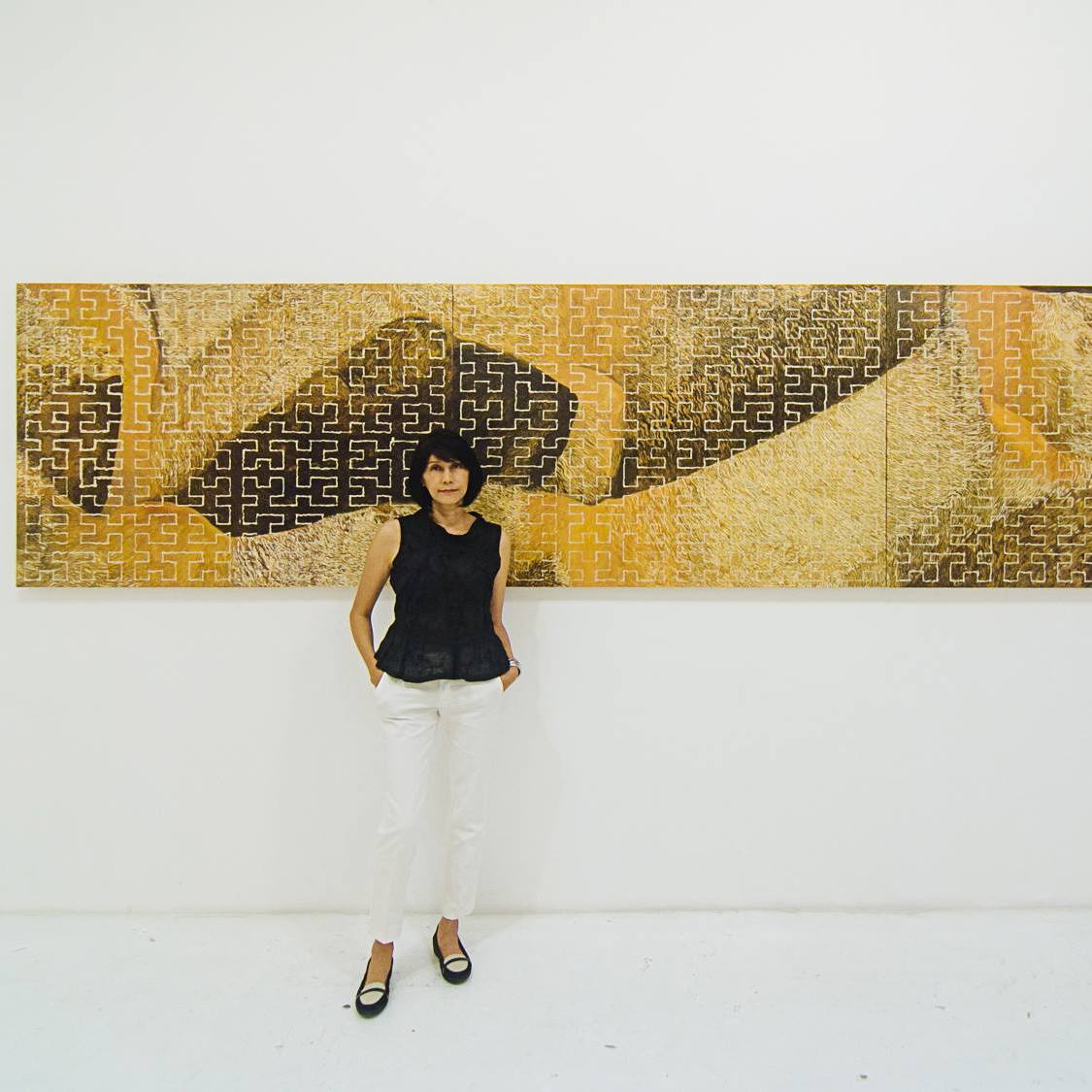 "Paint like you were a student" was the advice given her by Roberto Chabet, a mentor, friend, and collaborator to many Philippine contemporary artists. Not to be misconstrued as an amateurish and nonchalant attitude toward working, this encouragement means the acceptance of self-doubt of one's in order to achieve greater discoveries. In a sense, it protects one being trapped in a slavish quest towards a distinct style, dangerously close to a marketing gimmick, or narrowed down only to artistic purposes of self-expression.

This is somehow echoed in the simplicity and openendedness of Pardo de Leon's attitude towards painting, stating at one point that what she does is really no different from landscape painting. Trimming all that's unecessary, what's left is the vibration of thousands of adjacent marks on a large canvas, the evidence of time and deep work.

This leaves painting open to something more akin to a research table with its journals (the ultimate place of contemplation). De Leon's paintings are allow her to contend with concepts, beliefs, history, and other items of curiosity. Ancient flying machines, labyrinths, the phases of the sun, gods and phantoms, Titian, Chabet's collages -- worked through pictorially with devices like juxtaposition and cropping, often producing suprising ambiguities.

Pardo de Leon was a recipient of the CCP Thirteen Artists Award in 1988. In 1999, She participated in a studio residency grant of the Italian-Swedish Cultural Foundation in Venice, for which she was awarded best show of the year by the state council. She has had numerous solo and group exhibitions at various galleries and museums.