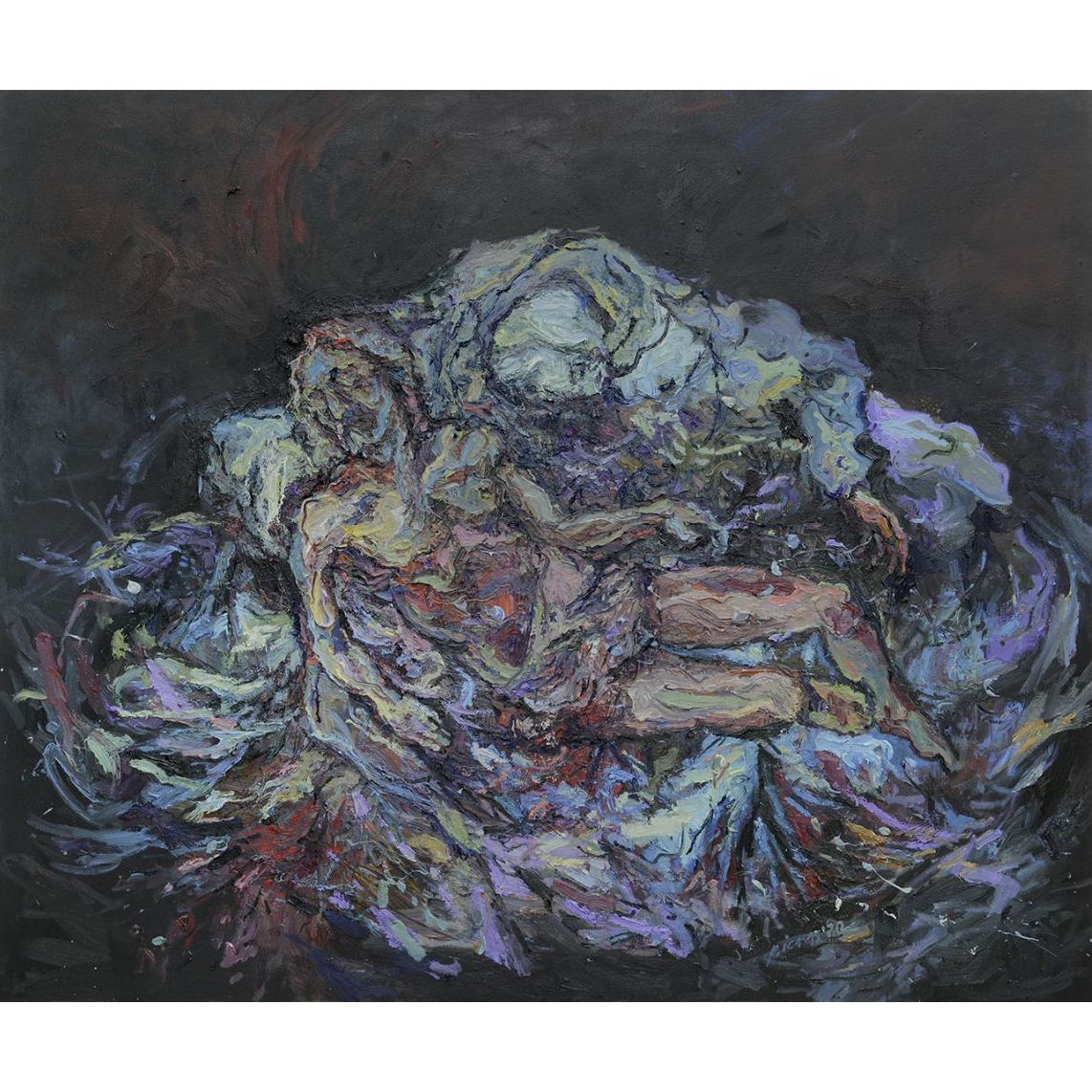 Among Filipino artist Paolo Icasas paintings are his landscapes and figures in landscapes. Many are dark cold expanses stretching to the horizon broken only by resplendent color. Water and land are often indistinguishable, a miasma and sludge of visible brush markings forming into flora. Some paintings are dense black jungles of tar-like thickets and fronds in paint. The jungle is a living blackness, a dark veil, a black hole, a dense wall that calls out.

For icasas, painting landscapes is not an act of looking outward unto nature. It is inward looking, a spiritual and emotional equivalent of physical terrain. These are settings staged for an anonymous multitude, for lone travellers, even for virtues of hope and family. The viewer looks out onto the horizon, into a seemingly immeasurable expanse and impassable sublime substance.

Icasas has also been rendering sublime versions of the works of masters like Hidalgo, Michaelangelo and Toribio Herrera. He turns their traditional genre paintings into hazy and paint heavy approximations of their compositions. For instance, Michelangelo’s Pieta turns into a map like configuration of meandering bold colors against the blackness.

Paolo Icasas is a Filipino contemporary artist. Icasas has had one-man exhibitions in prestigious venues like The Cultural Center Of The Philippines and Blanc Gallery. He has had group shows in the top galleries like West Gallery and Giant Dwarf Art Space.