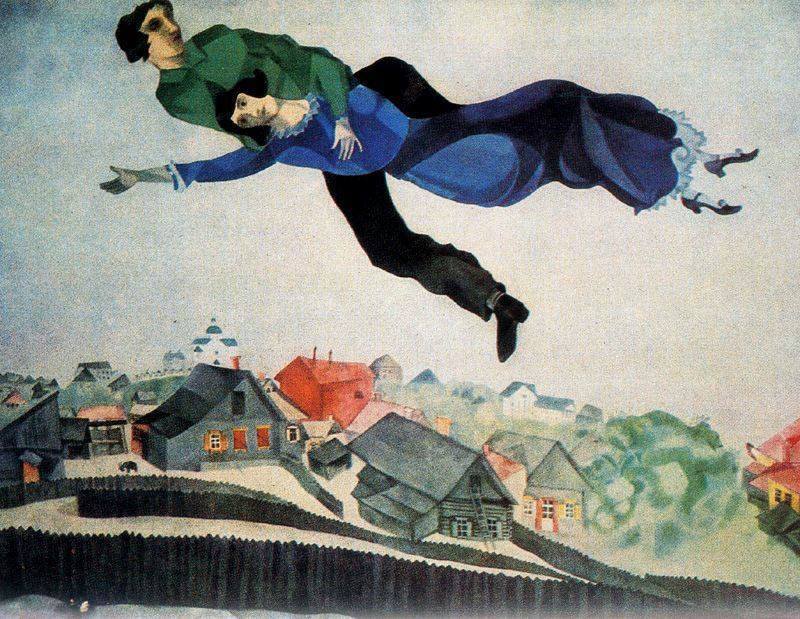 Marc Chagall's Over Vitebsk, 1913  Wishing this mood for you all this day, this night.

Over Vitebsk belongs to a large series of works that the artist began after his return to his hometown in June 1914, which take as their subject an over-life-size, elderly beggar floating above the snow-laden rooftops of Vitebsk. The painting plays on the Yiddish expression for a beggar moving from door to door, "er geyt iber di hayzer", which translates as "he walks over the houses." This whimsical turn of phrase allowed Chagall to transform an otherwise naturalistically rendered scene of Vitebsk in winter through the addition of a strange airborne character with a sack on his back, whose presence imbues the composition with a dreamlike otherworldliness.