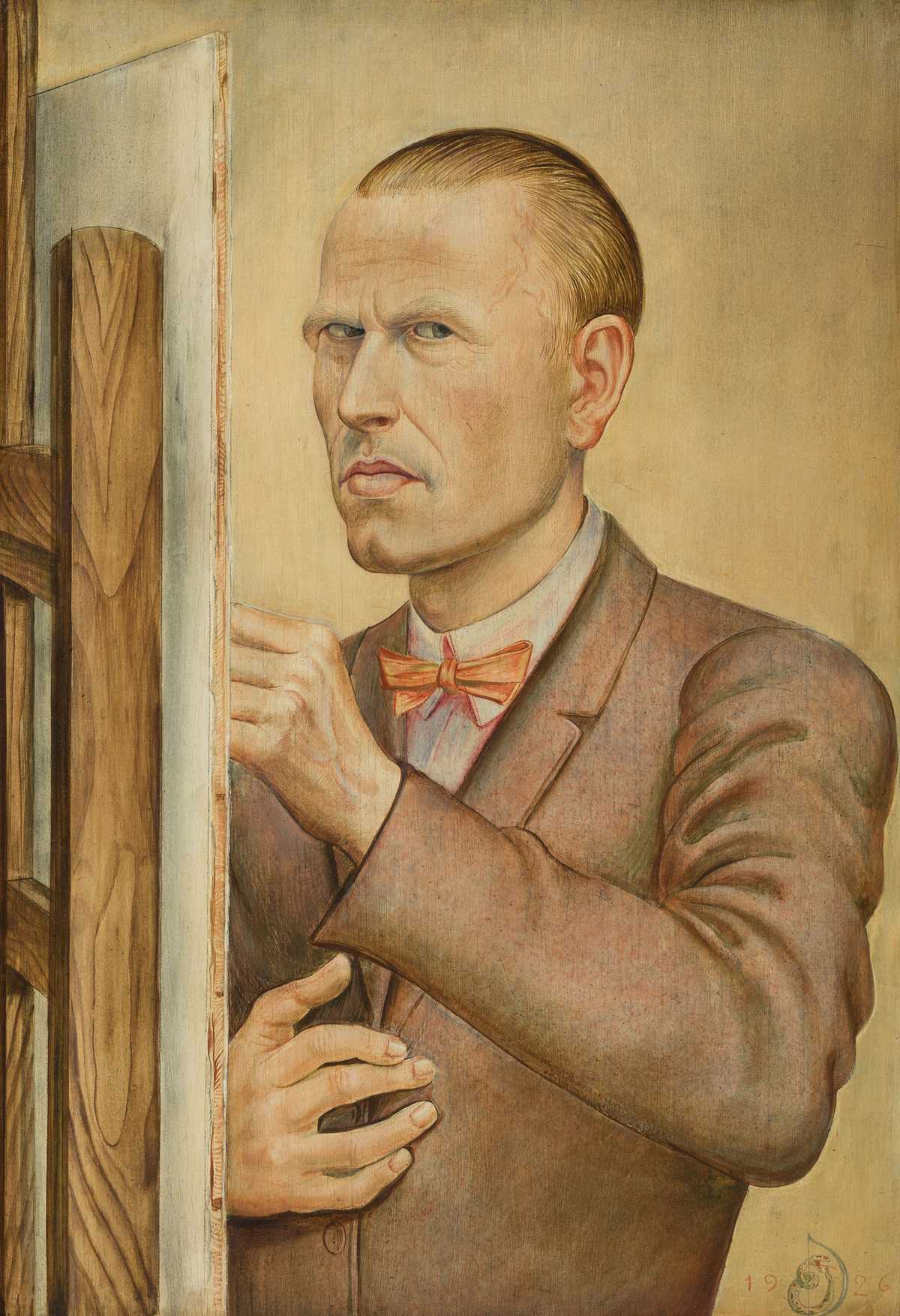 Drawing from his harrowing experience of war, Otto Dix painted depictions of the horrors of front-line battles, crippled soldiers, nudes, prostitutes, and satirical portraits of celebrities from Germany’s intellectual circles. His works are considered key parts of the Neue Sachlichkeit (New Objectivity) movement, which was perceived at the time as an Americanized way of thinking, where instead of returning to pre-war philosophy, people adopted a more practical, business-like attitude. This meant stripping back the veneer of polite society, and exposing the harsh reality of life under the Weimar Republic. After many artists abandoned portraiture for abstraction in the 1910s, Dix revisited the genre and incorporated sharp caricatures into his work with other narrative subjects. These were eventually remembered for their indictment of corrupt and immoral life in the modern city.

Dix was initially drawn to Expressionism and Dada. However, like many of his contemporaries in Germany in the 1920s, he was inspired by trends in Italy and France to integrate a methodical, linear approach of drawing and more realistic imagery. Subsequently, his style became more fantastical and symbolic, painting nudes as witches or personifications of melancholy. He did this while balancing his inclination toward realism with an equal tendency toward the surreal and allegorical. As a veteran haunted by his encounters of WWI, Dix’s landscapes went from pastoral to depicting scenes of death and destruction. Additionally, his personal memories of the front line became the main subject matter of his oeuvre.

Dix was born in 1891 in the town of Untermhaus in Germany. He first tried making art in the studio of his cousin who was a landscape artist. Dix became his apprentice and when he showed promise, his family suggested that he further his talent by taking an apprenticeship with landscape painter Carl Senff. Dix was very much influenced by the Dada aesthetic. Two of his best known works are both triptych: Metropolis (1928) and War (1930). Both works address, respectively, the post-war changes in German society after WWI and WWII. Given this, his body of work serves as a visceral and cruel record of his time.