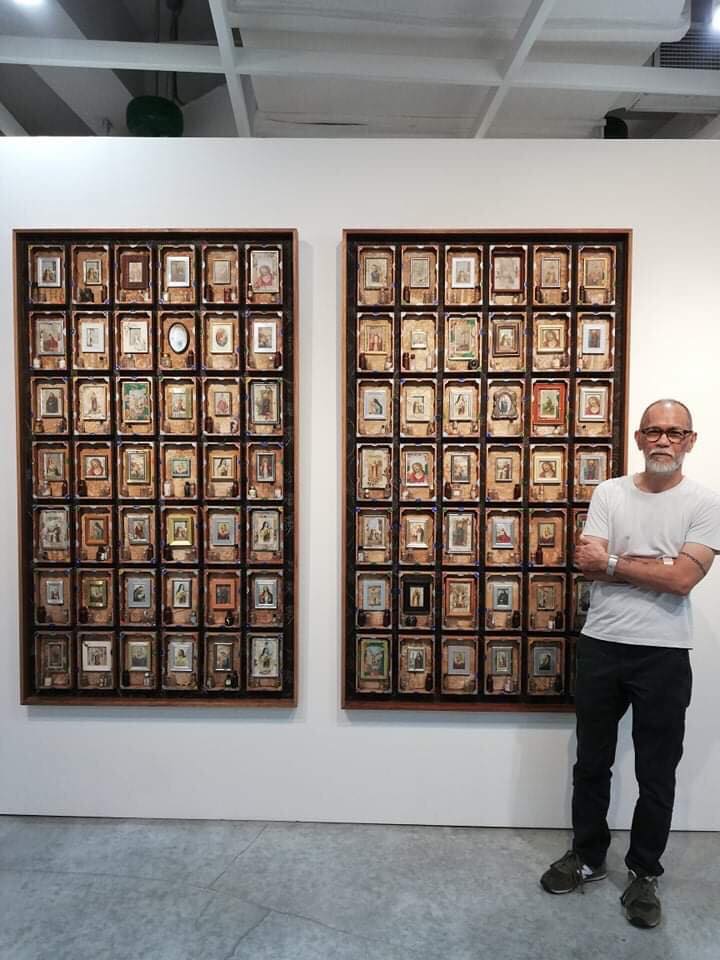 Filipino Norberto Roldan is a multimedia and cross-disciplinary artist, curator, and the founder/artistic director of Green Papaya Art Projects. Roldan works in disciplines such as installation, collage, and painting but he is mostly known for his assemblages that double as commentaries on the social, political, and cultural conditions of the Philippines.

As an artist who works in assemblage, Roldan constructs his artworks using found objects, text, and images. These things, we typically accept as they are, represent for Roldan potential for recontextualization beyond their typical functions or significance. He recharges them with added issues in everyday life, religion, and collective memory. "You can pick up anything and put them all together in a coherent form. Assemblage is akin to production design in filmmaking. It builds the context for storytelling without giving (away) the whole story."

Meanwhile Roldan's Green Papaya Art Projects has for the last 20 years been an artist-run initiative that provides a venue and resources for artists to engage and collaborate for the production of contemporary art. It has also been a platform for multidisciplinary, collaborative, and cross-borders practice among contemporary artists in the Philippines and the Asia-Pacific region. In 1986, Roldan also founded the now-defunct Black Artists in Asia, a Philippines-based group that leans toward socially and politically progressive artistic practice.

Roldan has had several solo exhibitions here and abroad. His latest called “Scaling Ziggurat: 100 altars for Roberto Chabet” is with Silverlens.