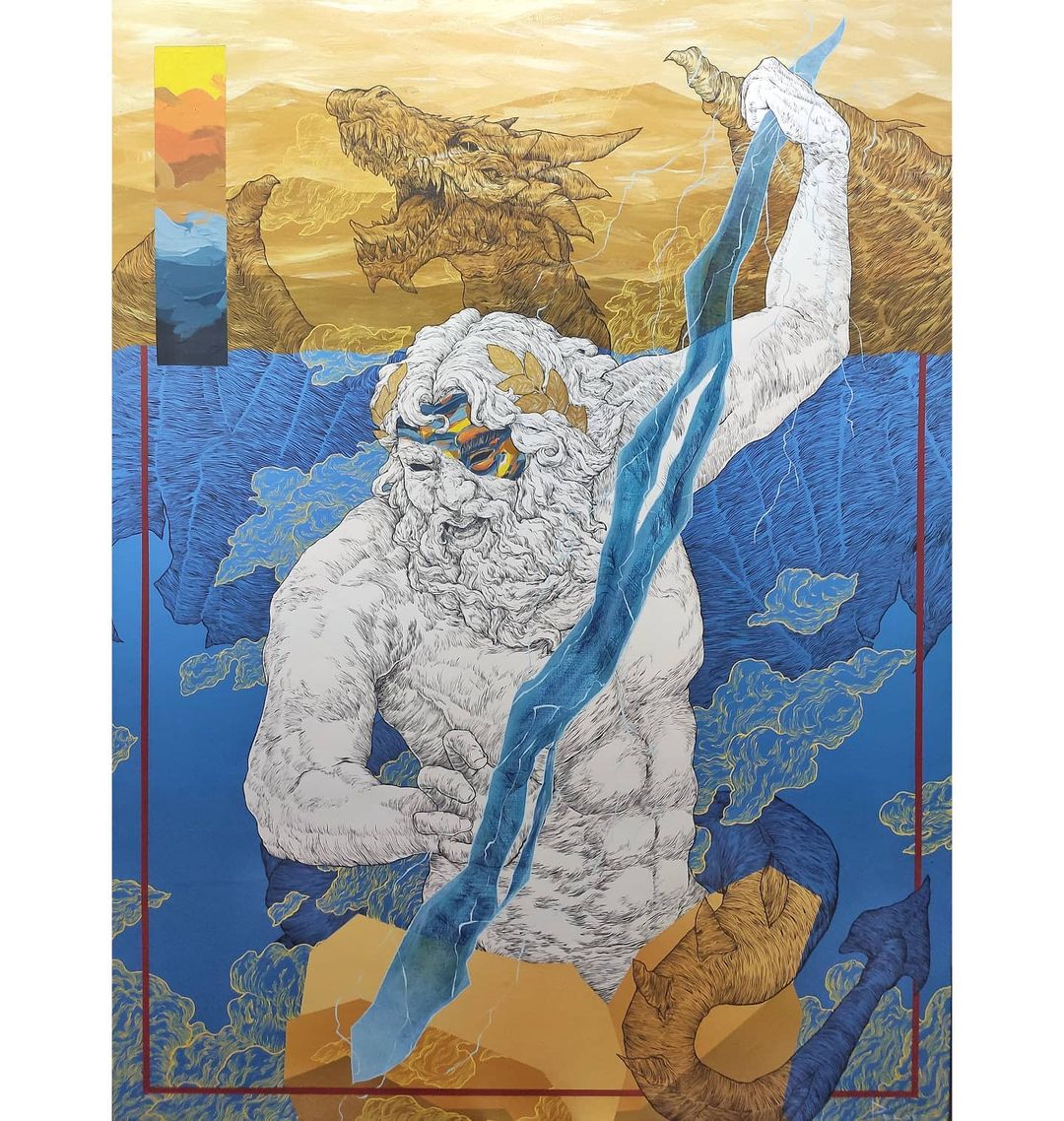 Like stained glass windows rich with colorful angular shapes but interspersed and defined with detailed line drawings, Filipino artist Nikko Pelaez serves his viewers with figurative art on various media, including acrylic on canvas and pen on paper. But not to be limited to the confines of fine art, Pelaez has worked with various brands by enhancing their collections with his unique style. According to him, his work is largely a combination of portraits and experimentation in lines, colors, and shapes while tackling themes related to self-realization, life experiences, and personal issues.

While studying in college, Pelaez received winning titles in several art competitions such as the 2014 and 2015 PNOC Painting Competition (Grand Prize Winner), 2015 and 2016 MADE Metrobank Painting Category (Finalist), Manila Bulletin Sketch Fest in 2015, Artist of the Year at the University of the East, Vision Petron Competition in 2016, and the AAP 69th on-the-spot painting competition (honorable mention) in 2017. Pelaez’s most recent claim to fame was being named the Grand Champion of the Vans Custom Culture Asia 2018, making his entry the First Filipino-Designed Vans Shoes.

Nikko Pelaez is a Malabon-based visual artist. He studied Fine Arts at the University of the East and majored in Advertising Arts. He has participated in a two-man show, Manila Art Fair 2019, and various group shows. He is currently part of Vintana’s Christmas group exhibit entitled “Spirits of Unsung Christmas Carols”.