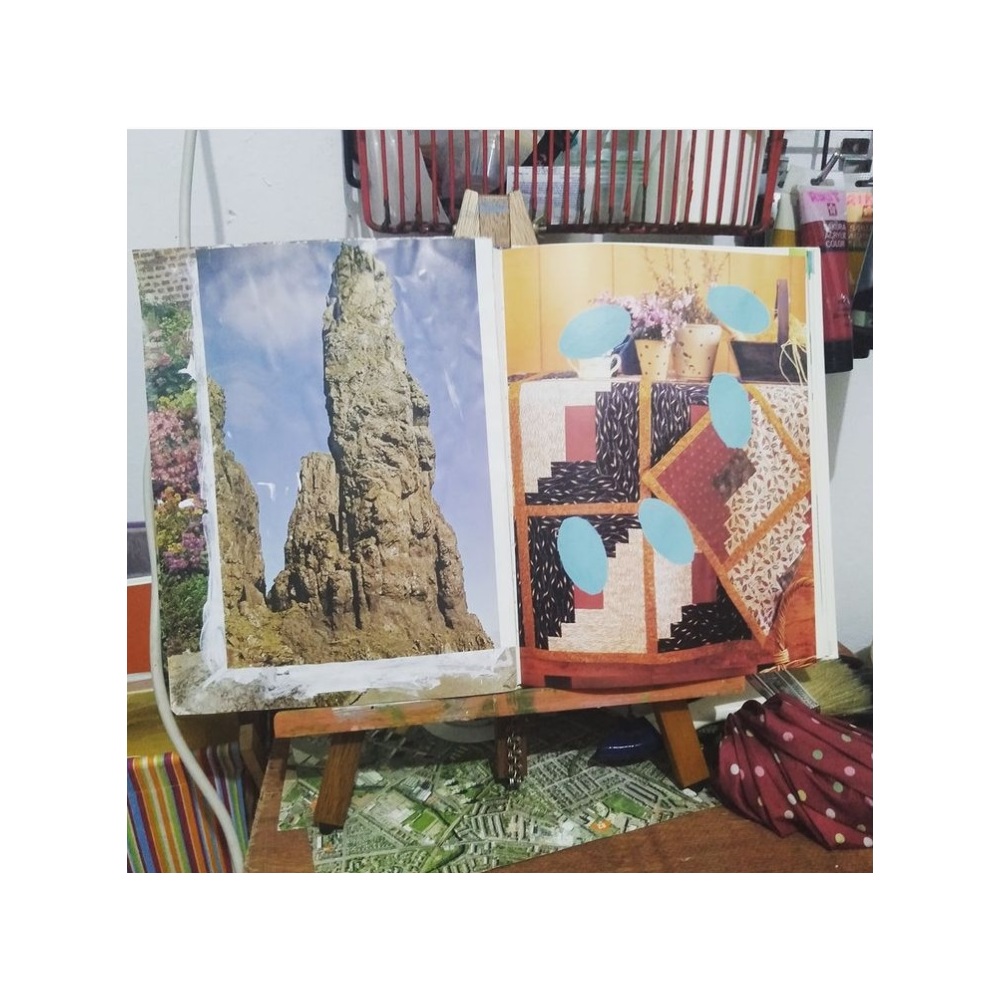 Filipino artist Mikko Baladjay’s paintings and collages are like one-liners -- casual, direct, precise. They do the job quickly but have you thinking a second longer like a joke by Mitch Hedberg or pondering a bit more from an aphorism. They are also suggestions of calm visual bliss, sketches of realities and rules of art. His abstractions make one think of rapid approximations of harmony, of balance, a skill learned from disciplines in lay-outs and graphic design.

Color can be a powerful organizing tool. In Baladjay’s paintings, colorful forms that remind one of shapes that range from Matisse to graphics appear like covered-up details of figures and columns of text, pieces abducted and derived from outside the painting, from the page, from man-made spaces, from nature. These colored-out forms provide an internal logic to each painting, giving order to empty ground and providing the foundation for added layers of information or further disruptions in paint.

Clues to these forms’ natural associations appear as photos -- rocks, plants, flowers are common. Their inclusion also seems to stem from the organized space of lay-outs, the likes of print and web pages. It’s probably a knee-jerk habit from working as a designer but it is a practice worth understanding as integral and in keeping with 20th century avant garde’s association with advertisements. It’s a visual acknowledgement that abstraction isn’t pure and that’s ok. From the realm of nature to that of advertising and then to a formalist appreciation of the picture, this oscillation forms the inner workings of Baladjay’s imagery, a relaxed tongue-in-cheek play of modern art cliches .

Mikko Baladjay is a Filipino contemporary artist who has participated in several group shows in the top galleries of Metro Manila.