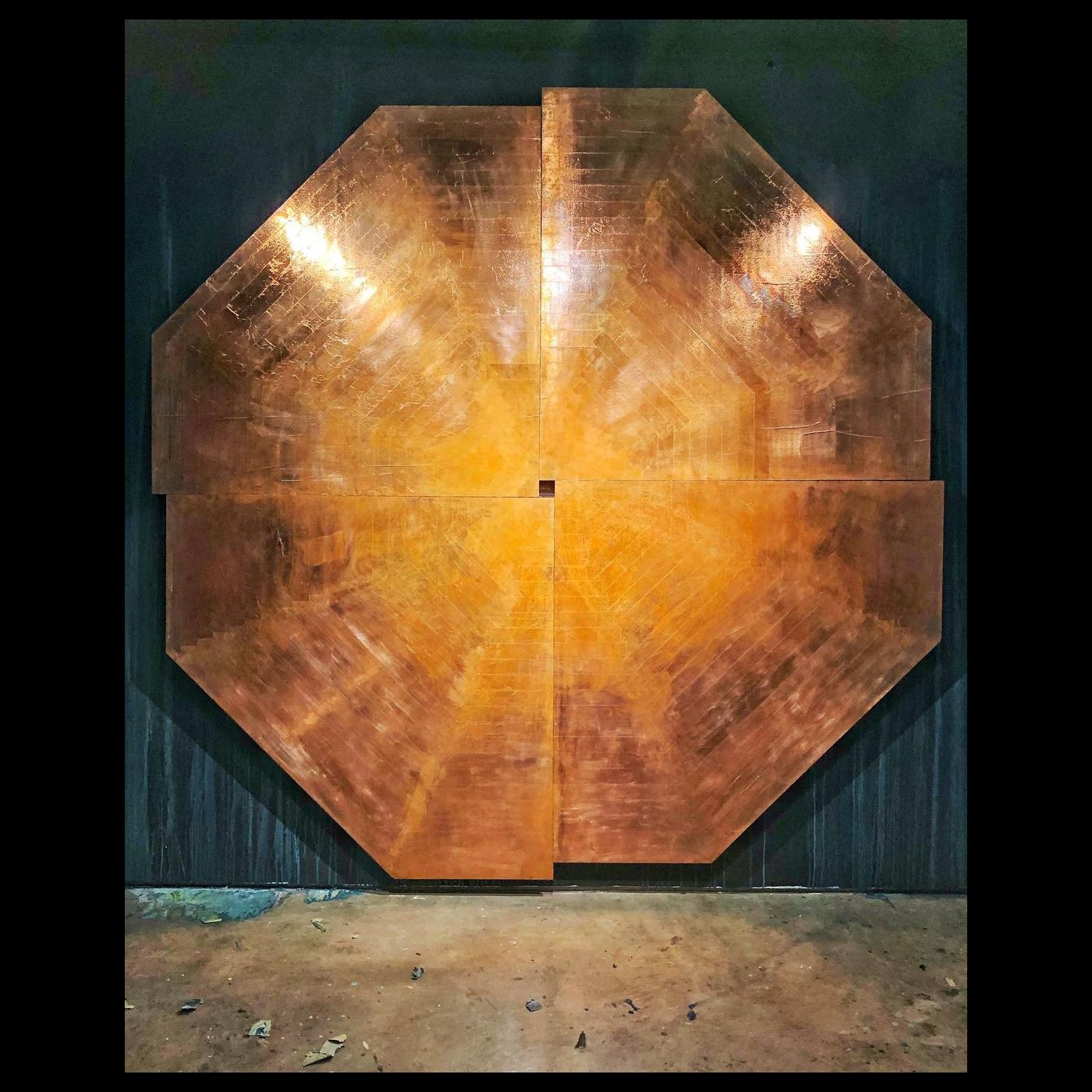 “Copper, sweat, blood, and piss” is how Filipino contemporary artist Miguel Aquilizan describes the materials of some of his current metal sculptures. It’s an appropriate listing given his penchant for assemblages and interventions on multifarious discongruent materials and objects. It’s a practice that results in what he calls “object collages.”

It’s a working state that goes hand-in-hand with the raw material he collects. Just like the eclectically garbed persona he inhabits, his practice results in “mutations” of existing things, items with their own histories or narratives. “I always believe that inanimate objects project a certain energy or “aura” after being cast off by the owner, either positively or negatively,” he says. This aura or identity of the object serves equally as material and story for Aquilizan to imbed into the “new life” of his assemblages, merged into what he calls “a mixture of plural identities.”

Miguel Aquilizan is a Filipino artist known for his materials and objects-based practice. He has had several group and solo shows in the Philippines and in countries such as Japan, Taiwan, Indonesia, and the US.