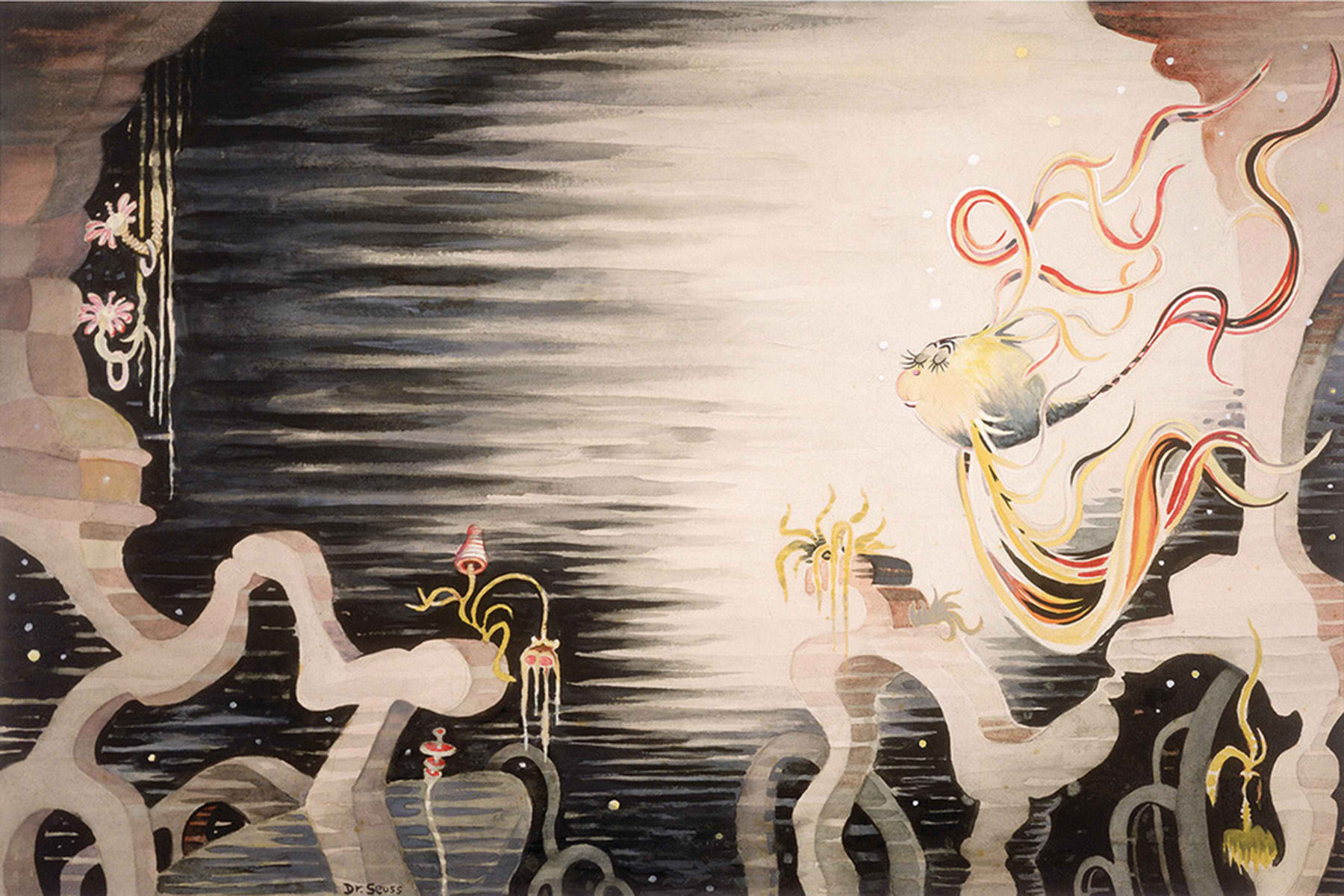 The imagery Dr. Seuss used to bring the whimsical poetry into visual stories is essential to the experience of his work. Although famous for his rhyming picture books, Theodor Seuss Geisel aka Dr. Seuss created topical and surrealist art. Over his lifetime, he made hundreds of artworks he called his “Midnight Paintings”. Much of which was kept private until his death.

What’s striking about these paintings is how different they are from his mainstream works. There’s a lot more black and other colors in his works and many of them have a more ethereal quality which shows they were made from more emotive and leisure goals rather than storytelling ones. These secret Dr. Seuss works have a variety of styles and subjects. For instance, the painting called “Cat Detective in the Wrong Part of Town” is reminiscent of cubist works but with brighter colors and typical Seussian architecture. A few other paintings contain a similar style but for subjects like resorts. Others are more dramatic, forcing the viewer into unorthodox perspectives, some are entirely abstract, and others are pattern-based.

A more more satirical set of works called the “La Jolla Birdwomen” resulted from Geisel people-watching from his La Jolla tower studio. It is said that Geisel had to spend time in dingy room apartments which influenced the cynical aspect people didn’t usually see in his art. Some of Geisel’s paintings walk a delicate middle ground between melancholy and hopefulness such as the “Great Cat Continuum” made during his later years. At some point in his Midnight Paintings, Geisel produced artworks that are often referred to as his Deco Period. These paintings display black backgrounds and golden structures with iconic and strange, asymmetrical and slightly organic forms. While Geisel’s Midnight Paintings reveal some sides to Dr. Seuss that were previously unknown, they are also fun, humorous, and expressed his imagination just as well as in his books but with more coloring and subject matter freedom.