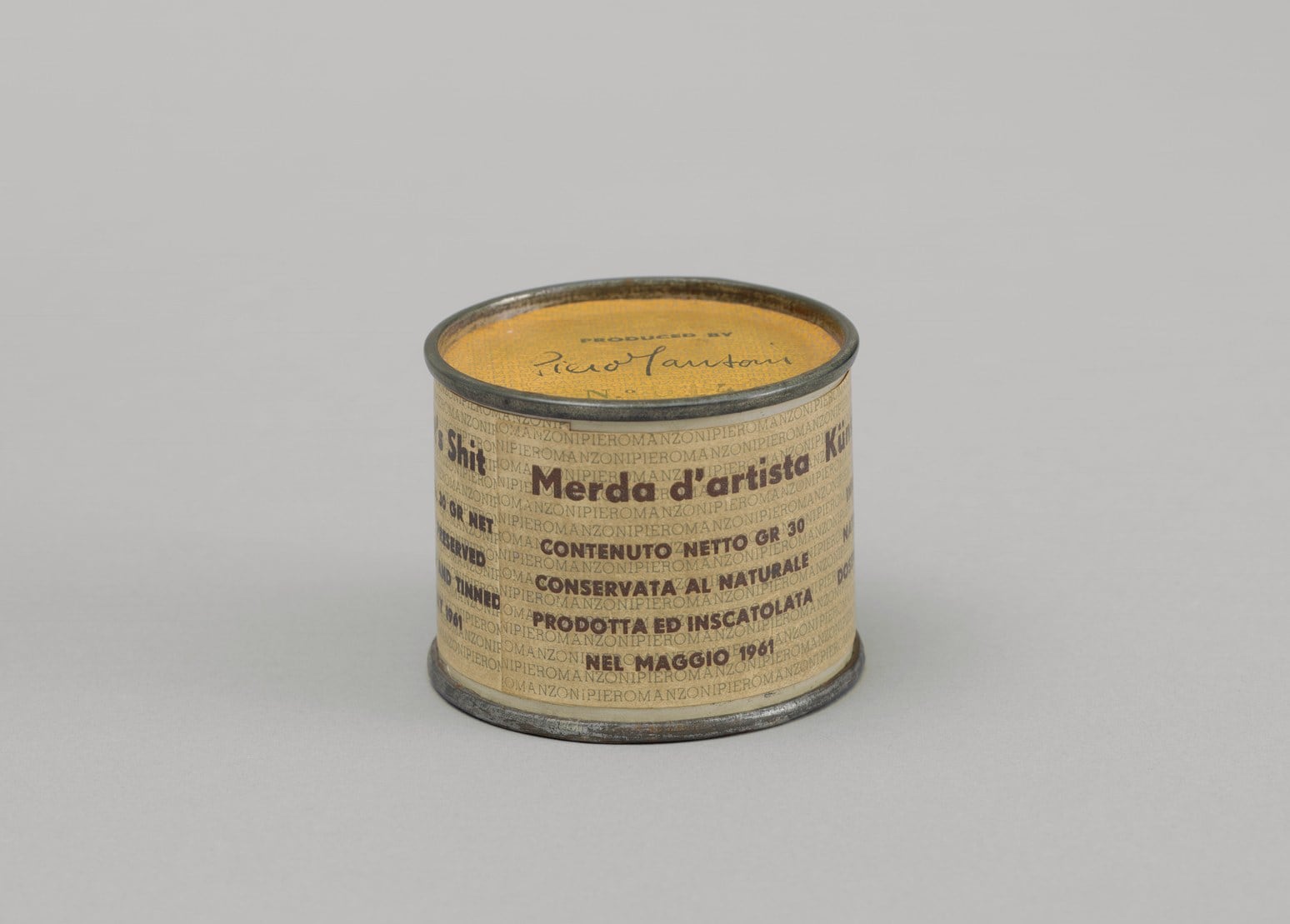 In 1961, Piero Manzoni canned his own feces then signed and labelled the cans, 99 of them, like a modern well-packaged product for hardware store or grocery shelves. In part, the gesture was Manzoni's disapproval with the greedy and pretentious obsession with artists by collectors. He declared that, “If collectors really want something intimate, really personal to the artist, there’s the artist’s own shit.” Priced by Manzoni in their equivalent weight in gold, the cans were purchased by museums and collectors. Some in time also eventually exploded.

So who was Piero Manzoni? Apparently, he was originally an aristocratic Italian artist specializing in conventional painting, but that all changed one day in January 1957, when he visited an exhibition of Yves Klein’s blue paintings at Galleria Apollinaire in Milan. The display of canvas after canvas of simple blue paint had a huge impact on 23-year-old Manzoni, completely changing his perception of art.

Manzoni just kept putting out unconventional artworks, like a series of hard-boiled eggs signed with his thumbprint, a series of balloons inflated by him, called “Artist’s Breath”, and in May 1961, he created the work he would become most famous for, “Merda d’Artista”.

Taking advantage of his father’s can factory, Manzoni created a collection of 90 tin cans, all signed by him and labeled as “Artist’s Shit, Freshly Preserved, Produced and Tinned in May 1961”. Each contained 30g of poop and was originally priced according to the gold market at the time, which meant that Manzoni was literally selling his crap for its weight in gold.