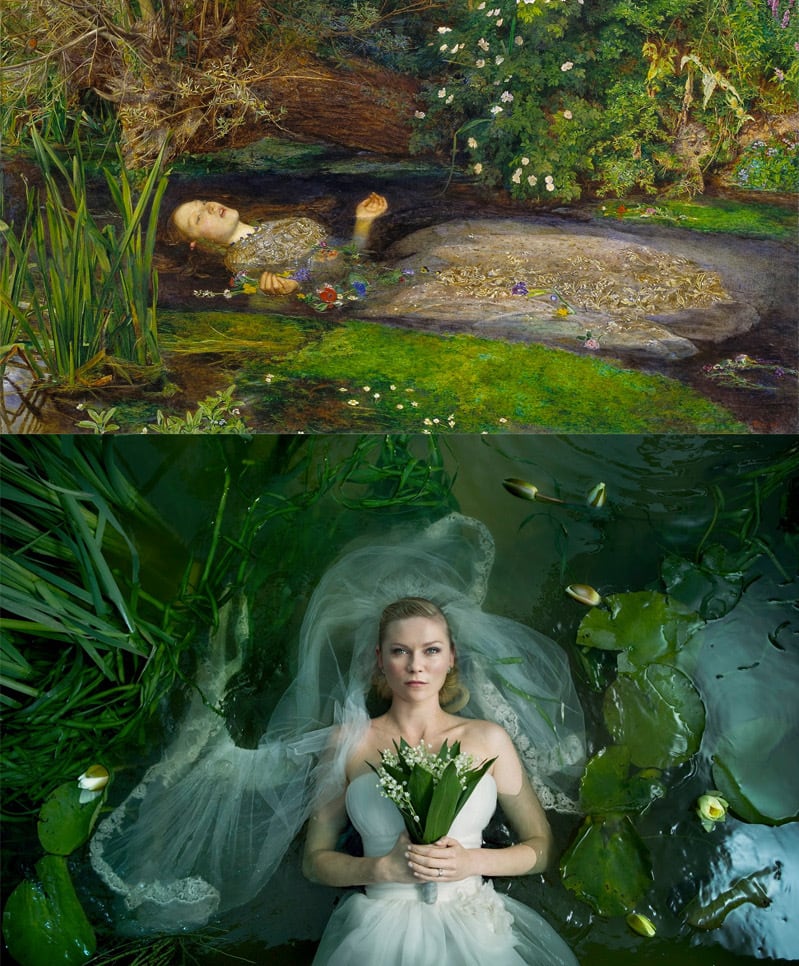 “Depression is melancholy minus its charm.” Along with depression, anxiety, and other forms of mental illness, personal tragedies are so often portrayed in film, paintings, music, and literature. But in Lars von Trier’s Melancholia from 2011, we later on realize that the film is basically the cinematic embodiment of depression. Apart from von Trier’s techniques in depicting distorted senses of time and space, Melancholia is full of allusions to other art forms--the prelude to Wagner’s Tristan Und Isolde which plays throughout the film, the name of the main character, Justine, which is an obvious homage to the tragic persona created by the Marquis De Sade.

While these nods are well-founded, they’re still outnumbered by various references to paintings. The most significant can be seen in the prologue where Justine is seen floating in a stream in her wedding dress and clutching a bouquet of flowers. In John Everett Millais’s hyper-realist painting “Ophelia”, Millais shows Ophelia driven insane with grief. She fashions a garland of wildflowers and falls into a river, calmly floats, and sinks into a muddy death.

In a particular scene, Justine notices on a shelf an art book that shows images of bright geometric abstraction paintings which are the work of Kazimir Malevich. Justine finds them intolerable and goes on to curate her own collection of images that better suits her melancholic mood. Some of them include Pieter Bruegel the Elder’s Hunters in the Snow, Caravaggio’s brooding and psychologically dark “David with the Head of Goliath”, and Hieronymus Bosch’s The Garden of Earthly Delights (central panel).