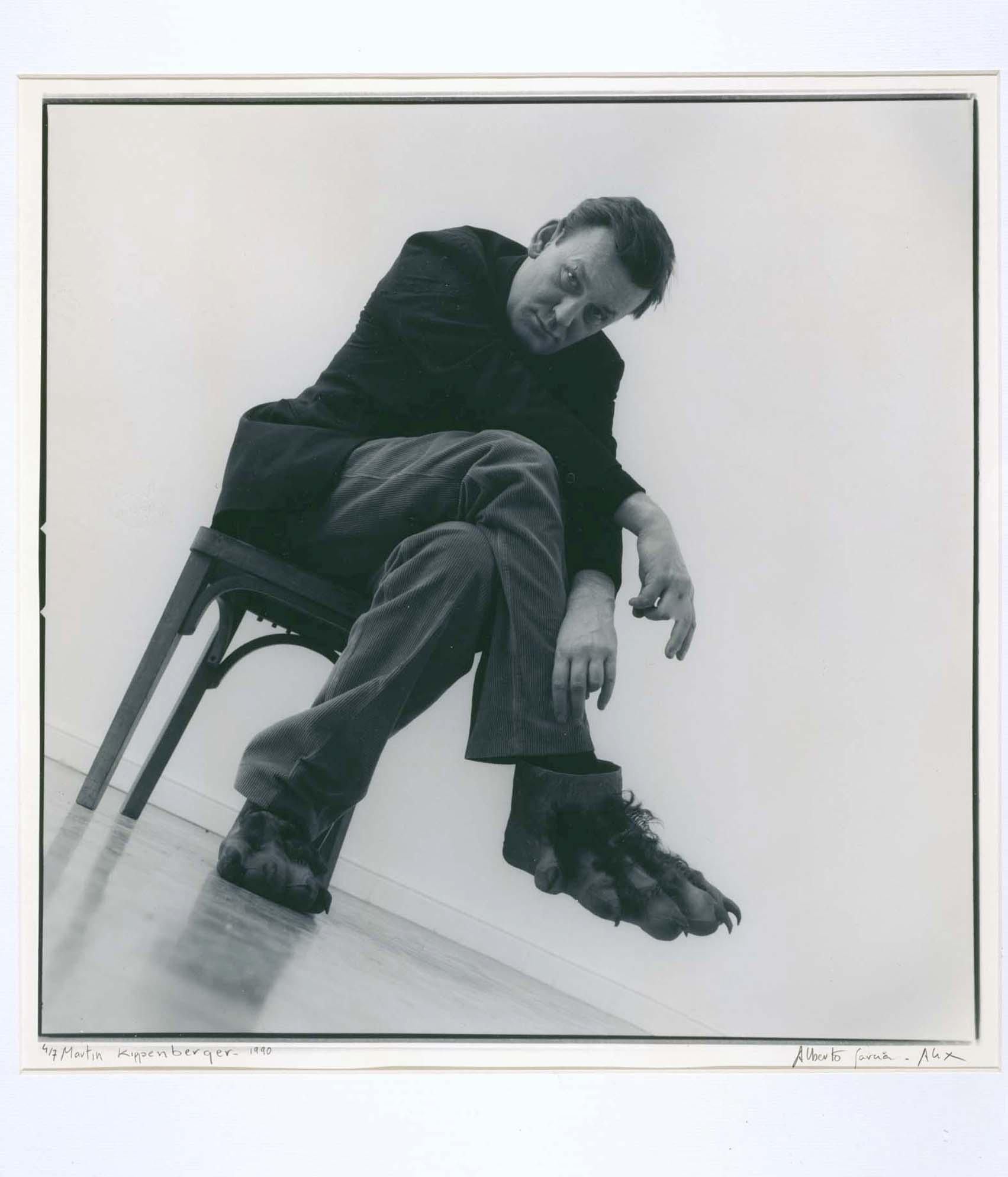 During his life, Martin Kippenberger was barely known outside of avant-garde subcultures. But since his death in 1997, he's become one of the most most versatile, productive, and influential artists of his generation. Curators, collectors, critics and historians have since revisited his work and retrospectives at major museums of contemporary art have constructed a global image of a masterful painter and a prolific multi-media experimenter. Many of his best-known works are paintings.

If one thing could be said about Kippenberger's voluminous output, his work often featured farcical commentary on the art world and takes on iconic art-historical tropes. He was an artist-jester whose antics disguised a piercing analysis of art and society. For instance, his work often expresses contempt for painting, while also declaring the works of other artists worthless as anything but utilitarin commodities.

This tempted many to dismiss him as a sarcastic fool. But in another way, his work can be seen as painfully honest, casting himself as an artist confused about his own personality and about where he fit in. They questioned the nature and value of art, and the boundaries that exist between the life and work of an artist.