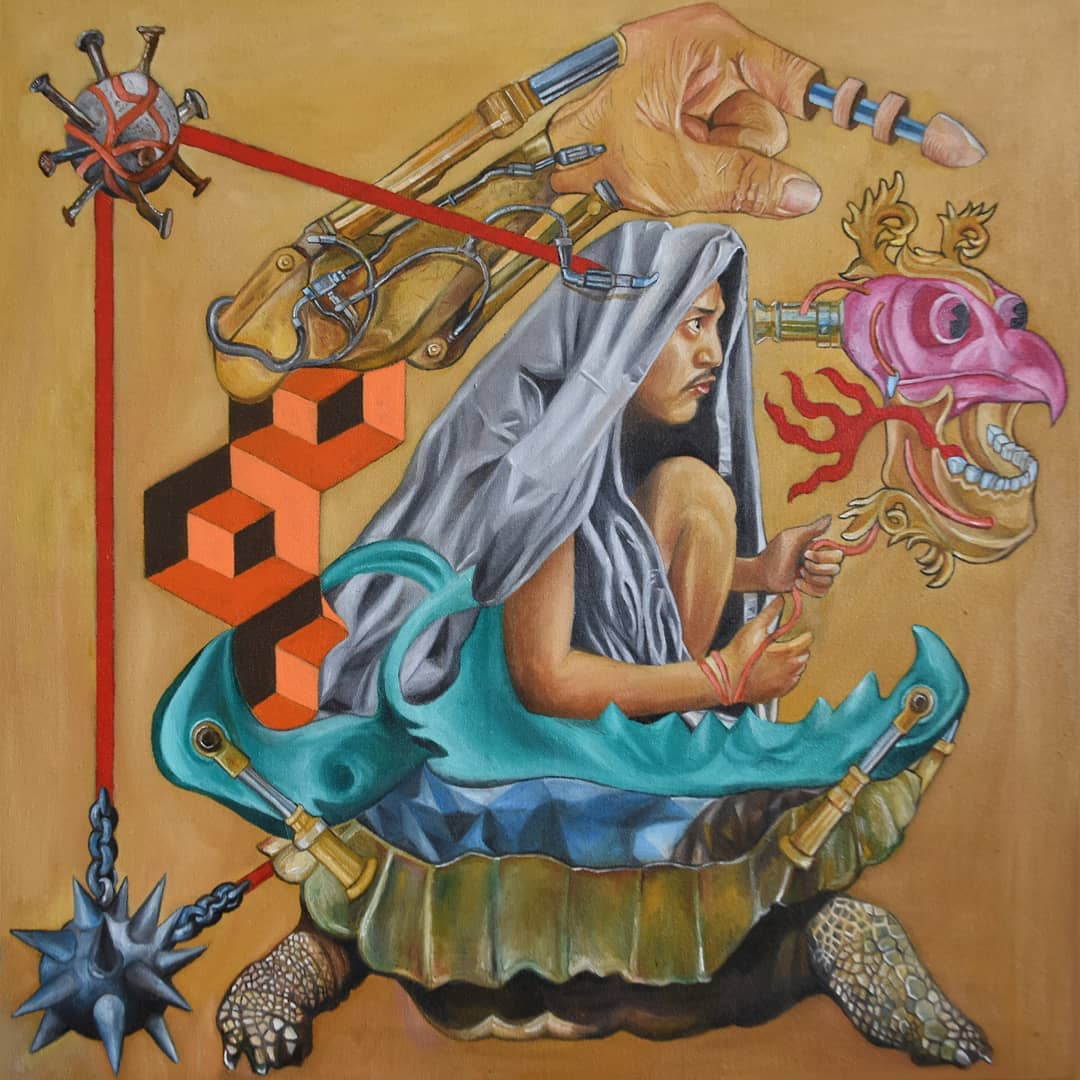 Amazona often uses drapery and patterns as a fundamental aspect of his practice complementing them with vivid and bold hues to create an almost tangible effect on his paintings and drawings. In some of his series of works which include paintings of a combination of ancient Greek busts and bright red frequencies, Amazona seems to emphasize a post-intranet era where humans struggle to cope with the influences of technology or perhaps even the consequences of a dysfunctional society. Using such imagery and themes that are close to his heart, Amazona aspires to blaze a trail in contemporary art.

Mark Amazona is a Filipino artist who was born in Baler, Aurora and currently lives in Manila. He was a semi-finalist of the San Anselmo’s Gawang Agustin Art Competition 2020 and has participated in several group shows including Art Show Philippines, Pintura Art Organization, The Grey Space, and Secret Fresh Gallery. Amazona is currently part of Vintana’s Christmas Group exhibit entitled “Spirits of Unsung Christmas Carols”.