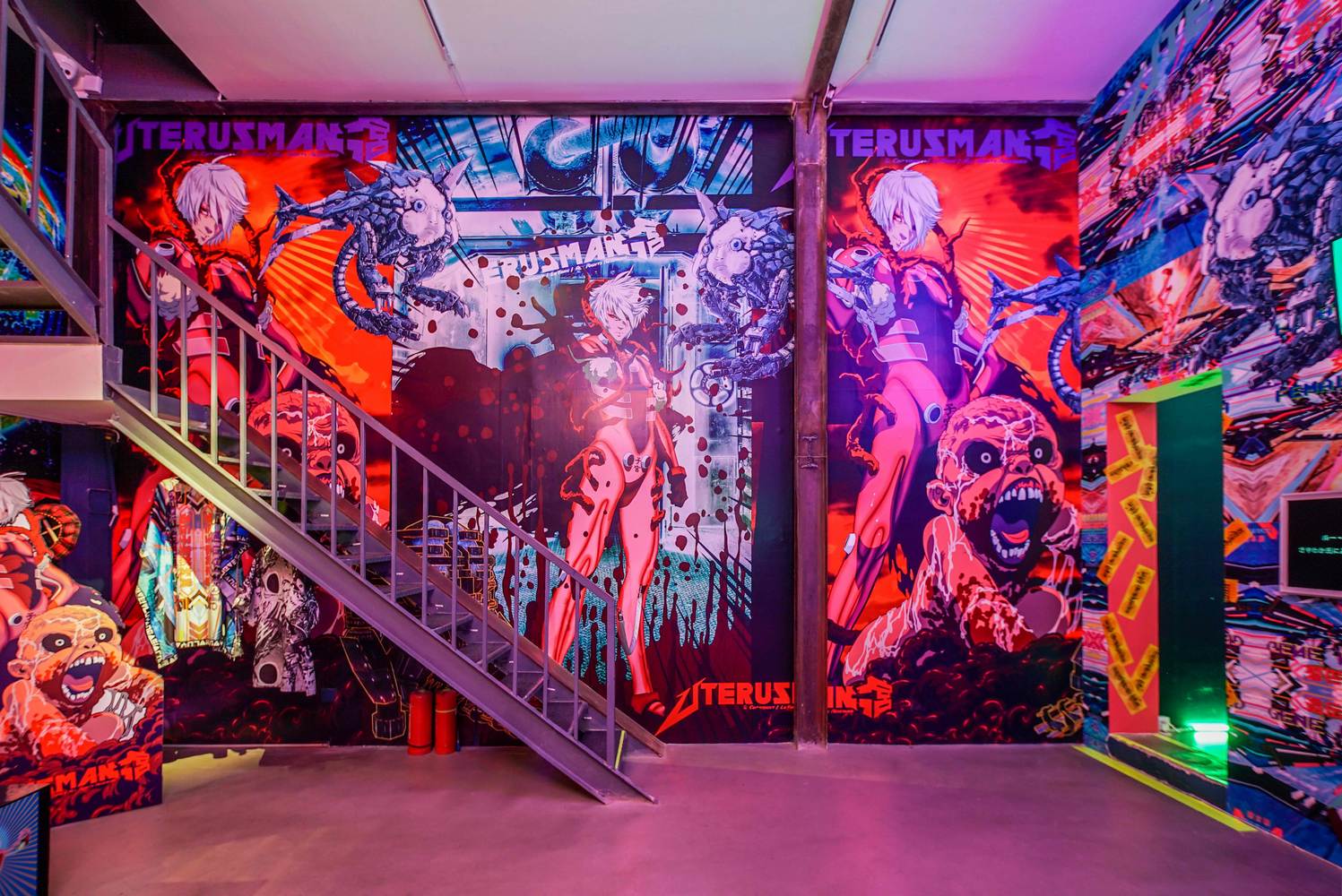 Along with the rise of video game consoles, internet sites like 4chan and 9gag, and cosplay conventions, Japanese otaku subculture and its imagery have become a part of the consciousness of an entire generation. People in their twenties and thirties like Chinese artist Lu Yang have grown up on a steady diet of internet, manga, video games, and anime.

The influence of Japanese otaku subculture or video game and manga fandom in Lu Yang’s multimedia works is easy to notice. However, her anime inspired imagery is just the surface. Her output, which includes prints, drawings, 3D-printed objects, 3D-animated films, video game-like installations, videos, holograms, software manipulation, and augmented reality sculptures, really asks what it means to be human in the 21st century.

Her maximalist works, which often require a lot of her time alone working in front of a computer, are really fantastical or morbid visions that examine death, sexuality, gender fluidity, mental illness, religion, digital culture, medicine, materialism, neurology, body horror, to name a few. However, Lu Yang makes it clear that her goal isn’t to make sweeping statements about living in today’s world. All her art are extensions of what defines her. She creates them for herself, with no viewer in mind.

Her video art in particular is well-known for its fast-paced digital imagery layered with animated graphics, voiceovers, and frenzied electronic music. Installation of these videos often involve creating immersive and overwhelming environments. Featured at the Shanghai Biennale, “Material World Knight” from 2018 is one such installation. A sprawling and hypnotic display of videos playing on massive LCD displays and arcade machines, this sensory overload is an interactive video game world that viewers can explore as an anime-style part-mecha, part-boy hero. Embedded in all that CGI madness of completing quests and defeating enemies is a narrative that raises questions about ideologies, mental states, and social systems.

One favorite, however, has to be 2017’s “Uterusman.” Uterusman is the title of an 11-minute animated film and multimedia installation, a feminist art gem. It is also the main character of the video, an anthropomorphized womb and superhero who fights with weapons and powers based on the female reproductive system and rides into battle on a pelvis chariot. A superhero that looks like a man but fights with powers from women’s reproductive organs? “This is an ironic design that sort of satirizes and questions the principle of biological reproduction in our world.” She also adds that “Uterus Man’s identity deals with the hidden issues of sexual orientation, genetics, reproduction, and problems with evolution. It's a vague concept that is hard to explain with words but can be experienced personally, allowing for different interpretations by the audience.”

Lu Yang’s works have been featured in international exhibitions, many of them solo exhibitions. Her notable shows include “Electromagnetic Brainology” at Spiral, Tokyo; “Lu Yang: Encephalon Heaven” at M WOODS, Beijing; and “Kimo Kawa Cancer Baby” at Rén Space, Shanghai.