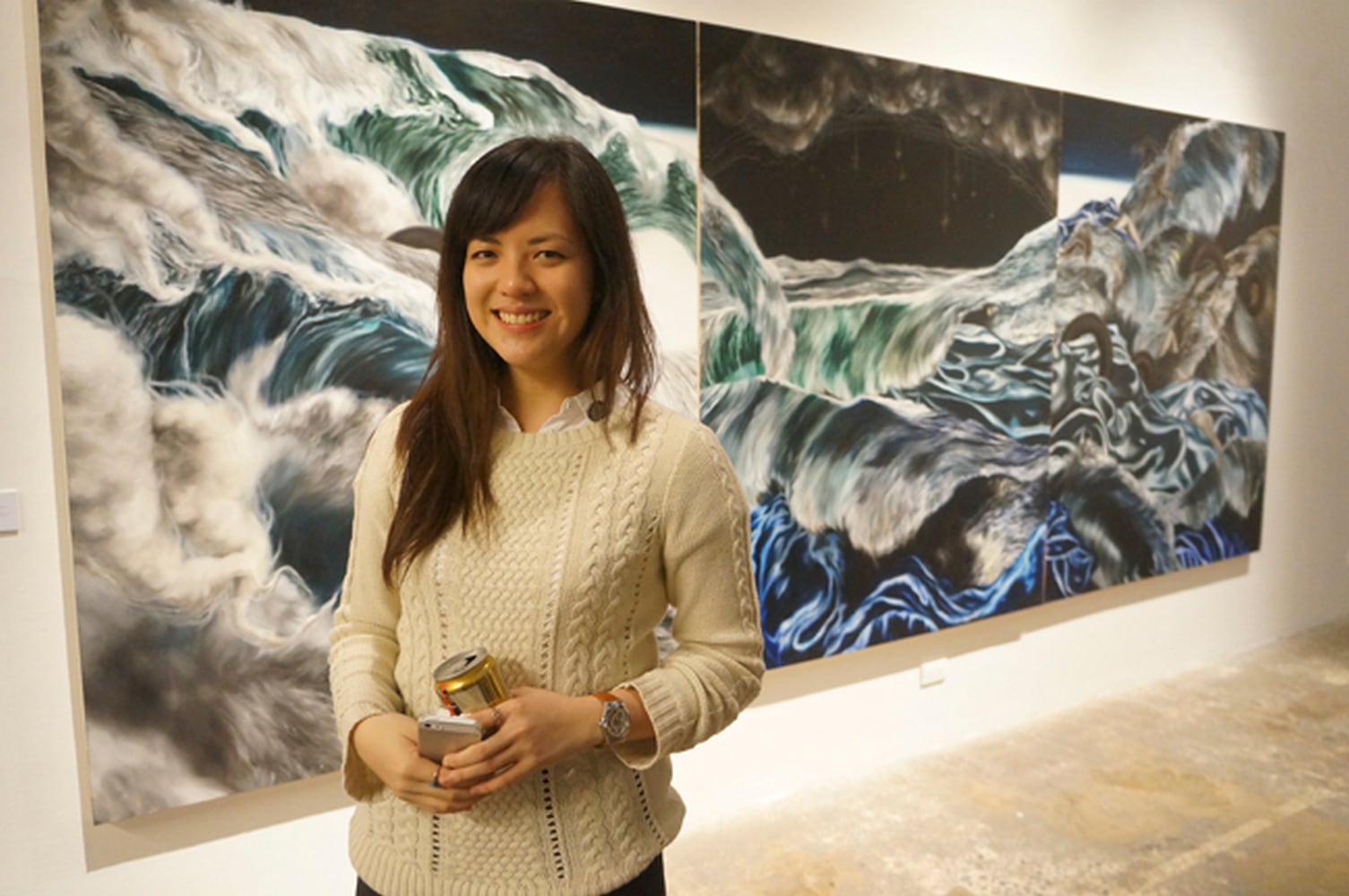 Filipino artist Liv Vinluan’s paintings verge on the fantastic but are grounded in the reality of our collective past and our values. In many of her images, she merges well-studied forms, such as those of our colonial past, with themes such as death and the never ending cycle of history. She is a surrealist in the truest sense of the word, carefully drawing out dream-like unsettling scenes from our perception of the irrational and the familiar.

Vinluan doesn’t want us to be passive and comfortable with her paintings. She wants us to be engulfed in the apocalyptic seascapes she paints from “the idea of the vessel, an image of a singular desolate boat...” She teases us to laughter and to consider possible truths in watercolor vignettes of the inhabitants of some Spanish colonial islands.

Vinluan has also been experimenting with sculptural aspects of paper. Whether joined together, crumpled, suspended, or rolled, paper has for Vinluan become a material that’s more than ground. She calls viewers to ponder not only the images inscribed but its form as well. For instance in her work "Nung Gambalain 'Yung Sayawan" the repetition of history and of past mistakes is embodied in a looping long piece of paper filled with drawings.

Liv Romualdez Vinluan is a Filipino contemporary artist with several solo and group exhibitions to her name. Beginning a list of achievements, her undergraduate thesis, “Sin Vergüenzas,” won the Dominador Castañeda Award in 2009. In 2016, her artwork “Carino Brutal” was shortlisted for the Ateneo Art Awards and that same year she was commissioned by the López Museum & Library for the exhibition, Exposition. In 2017, her artwork, “Ang Cabilogan ng Isang Cuadranggulo” was nominated for the prestigious Asia Pacific Breweries Signature Art Prize. And in 2019, She was the recipient of the Karen H. Montinola Selection for Art Fair Philippines.